Monster Build in West Hollywood- This is Happening

Big day today for Out of Home, Orange Barrel Media and West Hollywood.

The West Hollywood City Council tonight votes to approve a contract for construction of a ‘pilot’ digital billboard in the city parking lot at 8775 Sunset Blvd.

It is gratifying to see municipalities come together, working with Outdoor Owners for whatever the reason and embrace the construction of new OOH.

The billboard, named the “Belltower,” is a collaboration of Orange Barrel Media, Tom Wiscombe Architecture, the Museum of Contemporary Art and Walter P. Moore, an engineering firm.

According to the WEHOville post, “The project is intended to illustrate the evolution of outdoor advertising in the new media era and encourage other outdoor advertisers to be similarly creative on the Sunset Strip, which is known worldwide for its iconic billboards. It is described as the “Sunset Spectacular” project, using the outdoor advertising industry term for a creative display that incorporates digital technologies.”

The Belltower is a 72-foot tall, three-sided structure with a digital screen. 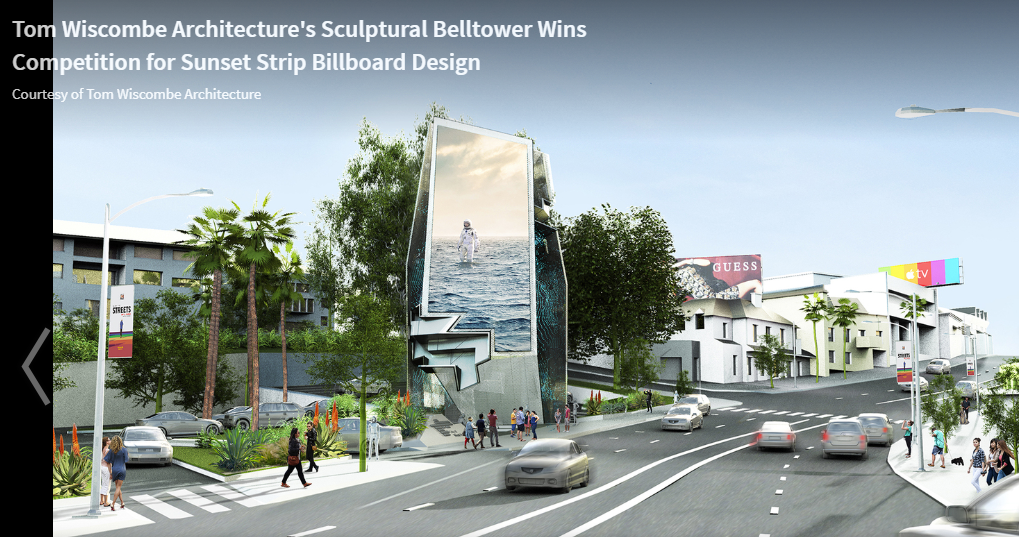 Orange Barrel will be giving the following to obtain the rights the billboard.

The City of West Hollywood currently receives $480,000 a year in lease payment for the back to back standard billboard currently on the site.

The City Council considers approval of contract to license the billboard site to Orange Barrel at its meeting tonight at 6:30 p.m PST.

When 500 Million Monthly is Not Enough

Watch Omega Take the Streets of NYC and Chicago