Millions a Year at the MVN 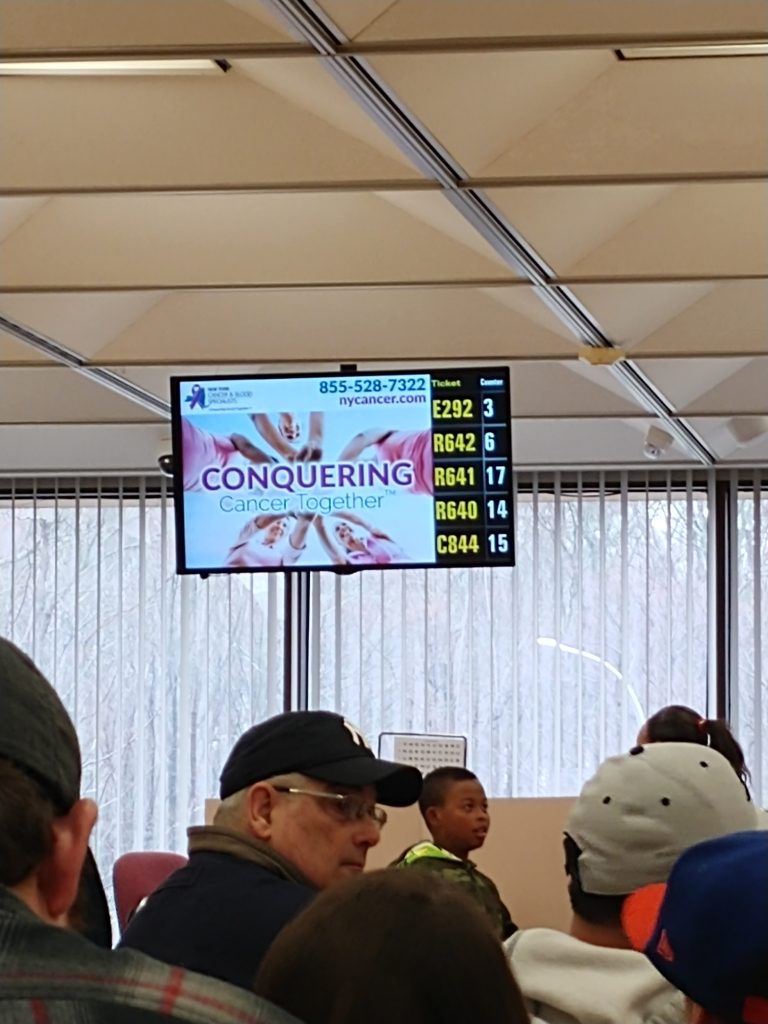 While a trip to the DMV would probably not make many top ten vacation lists, it’s still a place that attracts millions of people every year.  And with the coming deadline of the National Real ID Act, millions more will be making the journey.

But every cloud has a silver lining and there is one digital out of home network that is offering businesses a way of benefiting from the increased traffic in the DMV offices.

The Motor Vehicle Network (MVN) is installed in over 1,500 government DMV waiting rooms across 24 states (and growing) and can be found in 9 of the top 10 DMAs.    MVN displays important state messages, news, weather, sport scores, trivia and advertising messages from a select group of approved marketers.

The installation of the Motor Vehicle Network (MVN) has created a unique promotional opportunity for advertisers to reach the millions of people who visit the state government offices each year.   “The audience found in motor vehicle offices is very attentive and focused; this is a crucial time and place to engage the local community as well as new residents who are updating their records” said Ken Radigan, NY Representative for the Motor Vehicle Network.

For those not familiar with the REAL ID Act;  according to the U.S. Homeland Security website, “The REAL ID Act establishes minimum security standards for license issuance and production and prohibits Federal agencies from accepting for certain purposes driver’s licenses and identification cards from states not meeting the Act’s minimum standards. The purposes covered by the Act are: accessing Federal facilities, entering nuclear power plants, and, boarding federally regulated commercial aircraft.”

That means beginning Oct. 1, 2020, U.S citizens, will need Real ID-compliant driver’s licenses to board commercial aircraft for domestic flights, unless another acceptable document such as a passport is used. 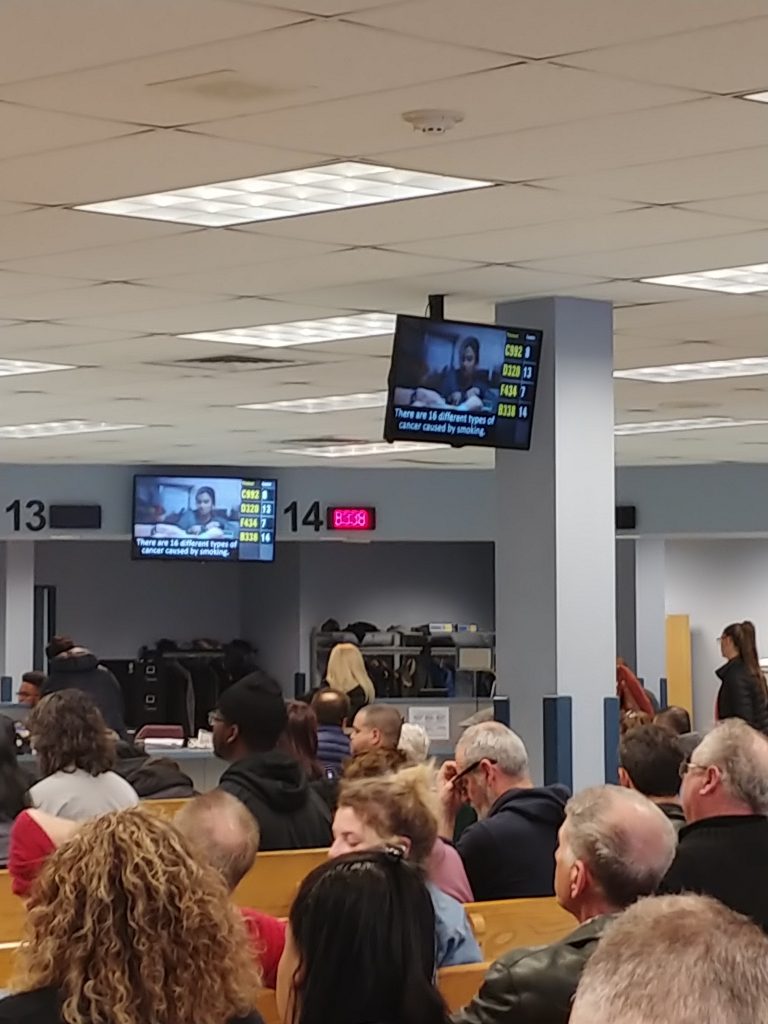 “You could say that we are the ‘Must View Network’”, said Ken Radigan, Advertising Manager at MVN.   “We have a unique audience that is both captive and engaged, they aren’t going anywhere and they don’t want to make a mistake or miss their number being called, so they are paying attention,” Radigan added.   “The result is incredible recall rates for our marketing partners.”

Brand safety is assured as the Motor Vehicle Network is not for everybody.  There are certain categories that are not permitted (alcohol, tobacco, political ads, as well as some others) and all potential advertisers require State approval.

The goal is to improve the customer’s experience while also providing a platform for a select group of businesses that want to connect with this highly attentive audience in an uncluttered environment.  Multiple screens are mounted with queuing number displays to give viewers an easy way to keep an eye on their ticket number while they watch.  Vital government information as part of the content also helps ensure viewership of the network.

Response has been very positive.  According to exit data from media research firm Media Strategies, the MVN has demonstrated 83% viewership and recall rates three times greater than TV, radio or newspaper.

The reach, however, touches nearly every driving age person in a given market area.   “While many DMV transactions can be handled online, certain actions must happen in person, like getting a Real ID,” said Radigan.    There is also reluctance to use the internet for some people because of the proliferation of fake DMV sites.  “Unfortunately, the states cannot control sites that appear to be the DMV and it creates distrust among the public, so the trip to the DMV becomes a safe option.”

For more information about The Motor Vehicle Network call (800) 922-9933 or online at:  www.mvnetwork.com