The 3 Billboards That Dominate Williamsburg

This iconic trio of signs, including two rooftop signs and a hand-painted wall, has a 1/2- mile head-on read along Kent Avenue in Williamsburg, the trendiest neighborhood in Brooklyn. Kent Ave is the main roadway for pedestrians, cyclists and vehicular traffic heading into sunup to sundown Greenpoint and Williamsburg activity, including trendy boutique shopping, culinary exploration, outdoor day parties, and a thriving music scene.

The unique combination of two rooftop signs and a hand-painted wall offer up limitless creative possibilities that have been utilized by major brands such as LVMH, Nike, Apple, and Warner Entertainment.

Williamsburg has emerged in recent years as a pop-culture darling, a force in designing NYC trends, and an upscale playground for young professionals and families. Coming from Manhattan, Williamsburg is the first stop in Brooklyn on the L subway train and produces a mood change as you emerge to a wide-open sky, unobstructed by towers.

With its amazingly rich cultural, ethnic, and artistic heritage, Williamsburg draws the young and fashionable to its chic boutiques, trendy cafes, and buzzy restaurants. Street art brightens residential thoroughfares and repurposed factories, while the waterfront provides stunning views of Manhattan and seasonal venues for outdoor concerts and food markets. Day and night dance clubs, bars, and halls liven up the 24/7 nightlife scene.

This area has an incredible 63,659 people per square mile and is more densely populated than 99% of America’s neighborhoods. Williamsburg is also one of America’s premiere vacation locations due to its unique and vibrant style and walkability. 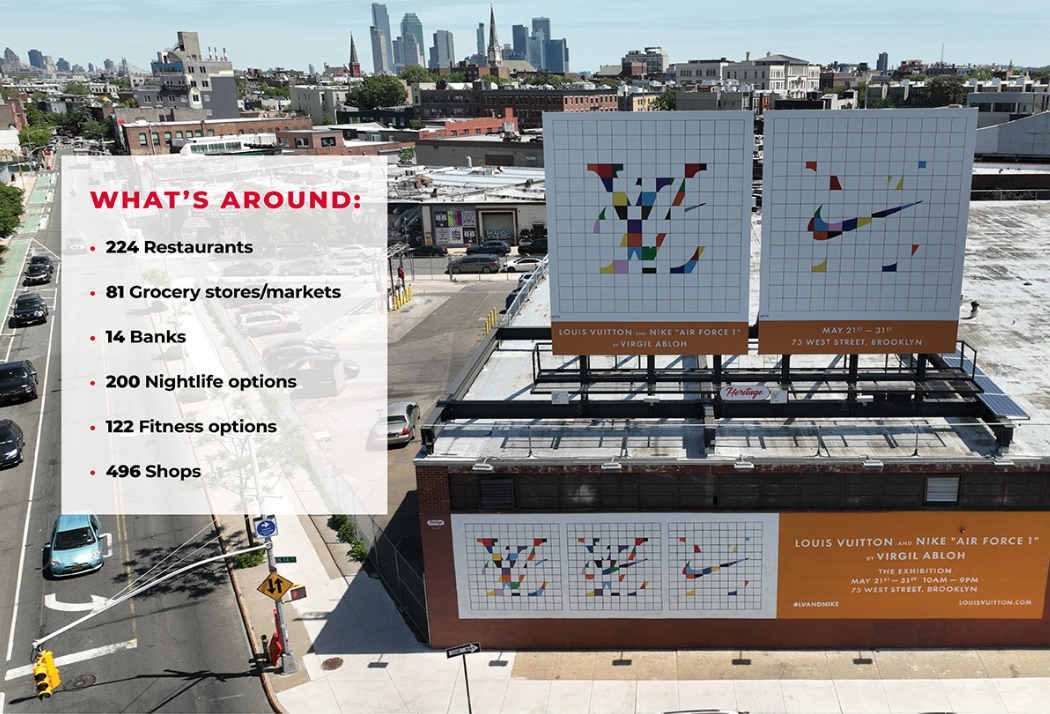