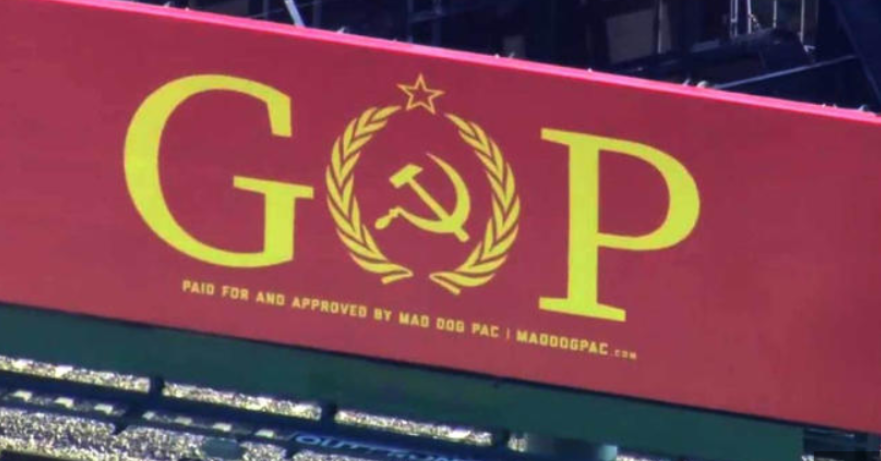 In route to President Donald Trump’s Mar-a-Lago resort, is a billboard with a GOP logo which includes a Soviet ‘Hammer and Sickle’. The Mad Dog Political Action committee continues to buy #OOH for GOP attacks. If you go to the Mad Dog website, you’ll read where they reference the Outfront Media billboard location as “our flagship billboard at Mar-A-Lago.”  Great comment indicating they are fully vested in the location.

We trust the pricing is ‘rate card plus’.

“our flagship billboard at Mar-A-Lago.”

Republican spokesperson, Taryn Fenske, was quoted as saying, the Grand Old Party was “glad” the Dems are spending on what she termed as “lame stunts” while the Republicans invest in successful campaigns.

OUTFRONT Media made the ‘publishing decision’ to accept the controversial message.

OOH TODAY believes all voices, not just the loudest, must be heard 3405 posts 506 comments

Word to Your Moms