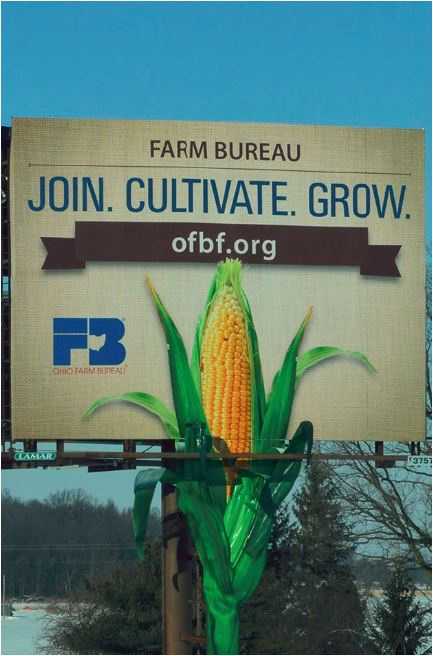 Lamar Advertising recently converted a Columbus area billboard into a larger-than-life 3D corn-stalk to promote the Ohio Farm Bureau’s membership drive. The design features 3D corn stalks and an ear of corn that emerges from the pole onto the actual vinyl billboard. The billboard is intended to drive membership interest and create conversations about the state’s farming and food community.

To read the entire  press release 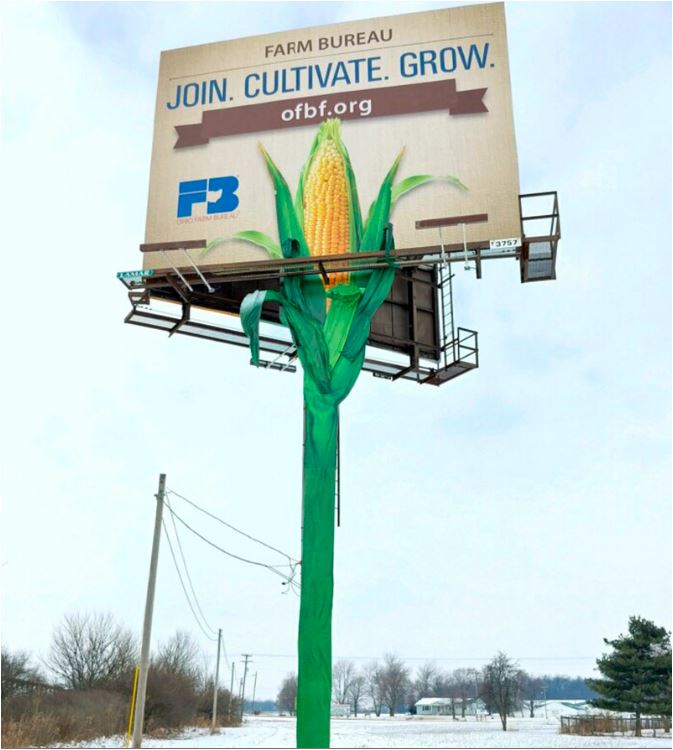 ‘Kill the NRA’ Billboard in Louisville

When is 1 Billboard Equal to 3 Outside Ebbing, Missouri? When its Outside House Speaker Paul Ryan’s Office in Janesville, Wisconsin