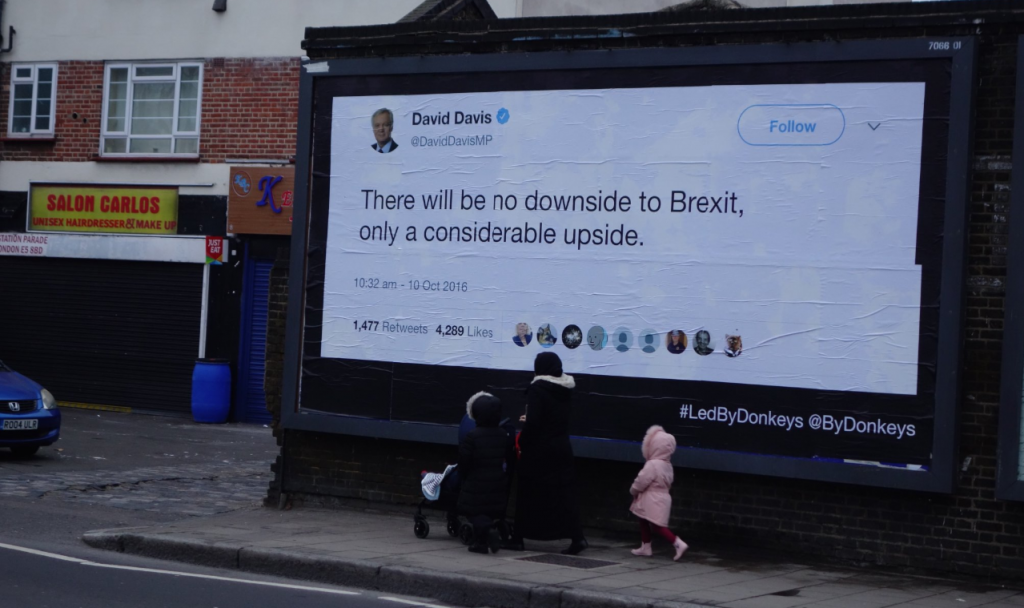 Led by Donkeys —Too Political

JCDecaux seems to have their hands full in England with political advertising.

Decaux, referenced as the ‘big beast of billboards,’  according to the pro-remain group called  ‘Led By Donkeys’  have reported Decaux is refusing acceptance of any further business while previously they have accepted similar messages from the political group.  The group claims JCDecaux is not allowing it to purchase ad space because it is “too political”.

Led by Donkeys, as they are called, are well-funded for future OOH purchases via Crowdfunding and are actively seeking larger format billboards owned by ‘Independents’ to escape the restrictions by Decaux. 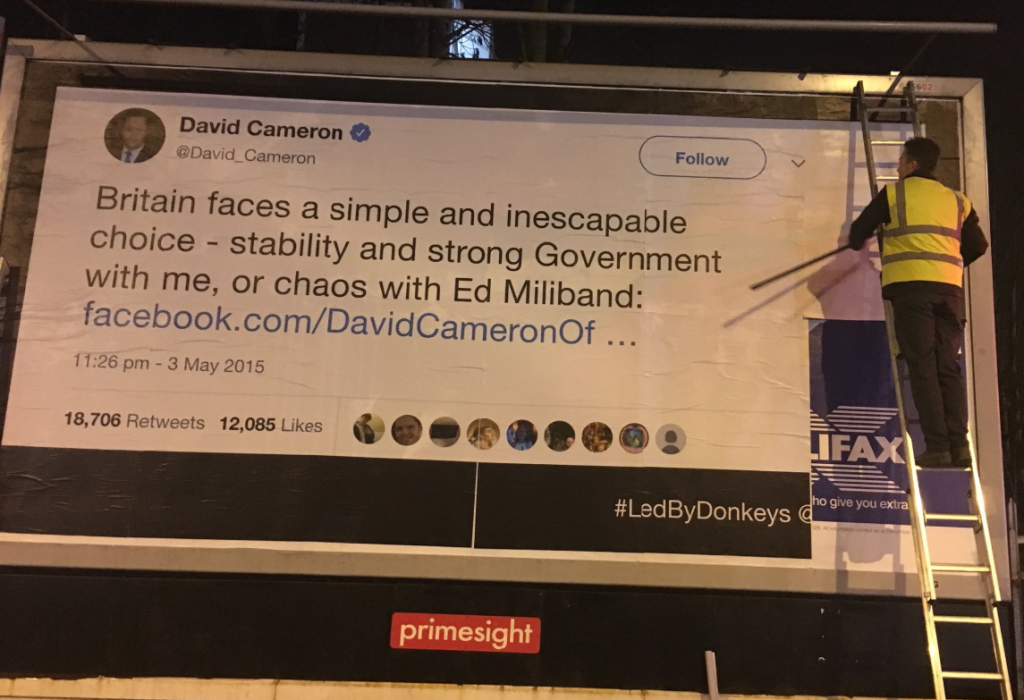 OOH Today has only one question:  Why are they still using paper and paste for posters and long handle brushes as well?  #TimetoModernize #vinylavailablein1980’s #longhandlesoutin’70s

OOH TODAY believes all voices, not just the loudest, must be heard 4721 posts 606 comments

And So It Begins….

Adomni and Broadsign Partner for DOOH