I recall a 14′ x 48” bulletin on the Southwest Trafficway, where it runs concurrently with Interstate 35 in Kansas City, when I worked for Gannett which is now OUTFRONT Media. Mid 1980’s.

It said, ‘GO TOPLESS!’  Exclamation point and all. The creative had a blonde female driving, the design was a side view of a BMW convertible, with the woman holding a scarf and her hair flying in the wind. Oh the attention it created.  That was a long, long time ago. Well before the term click bait and it was pretty risque creative back then. Yes, nearly horse and cart days.

Click bait or billboard bait, the point is, copy which uses ‘go topless’ or ‘toppingless’ does grab attention, but for ice cream? I don’t think so. Adult ice cream? Maybe …Nah. Still doesn’t work.  And isn’t it a bit juvenile? I am prone to miscalculation more times than not when it comes to identifying good creative. Tell me how you view it? Bill Bored Award vs Billboard Award. (don’t steal that)

The Wells Enterprises (the folks who are behind Blue Bunny and Blue Ribbon Classics, who also bought a good number of billboards in KC in the day of the aforementioned BMW ad ) with the direction of agency Walrus, does refresh itself with ‘half billboards’ below. 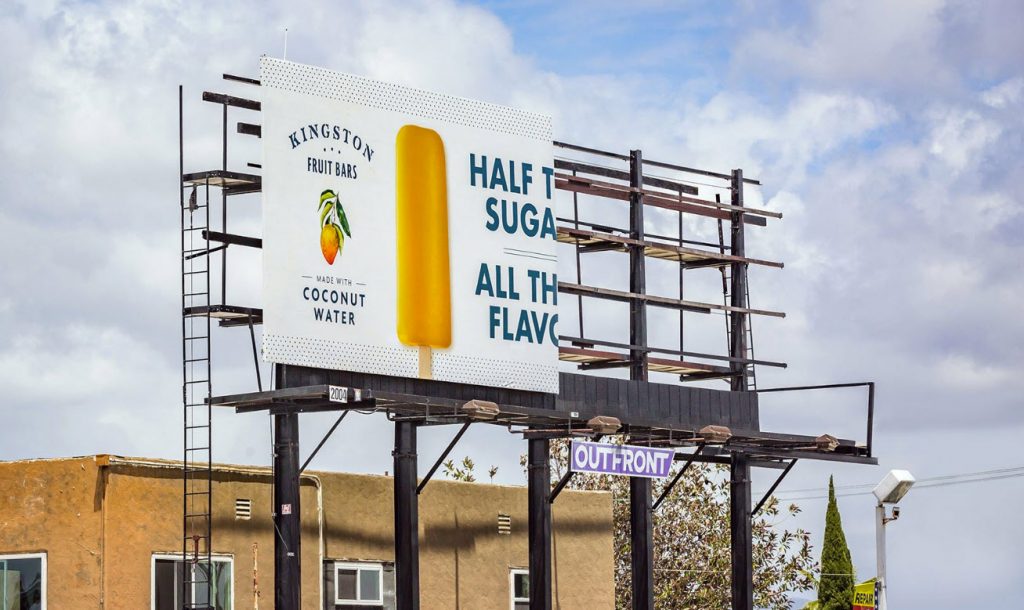 Take it to the Curb

The Push and Pull of Out of Home Today