Audience Measurement Veteran Will Lead Geopath into the Future

May 17, 2022 (New York, NY) – Geopath, the not-for-profit out of home (“OOH”) audience measurement organization established in 1933 and governed by a tripartite board of agencies, advertisers, and media companies, announced today that Dylan Mabin, former Executive Vice President of Operations and Acting President, has been named President of Geopath.

Mabin first joined Geopath as a manager in 2008 and over a successful 14-year career, has led virtually every aspect of the Geopath business, including inventory auditing, audience measurement, data science, research design, and product development.

Mabin was named Geopath’s Acting President in 2021 and has proven himself as the right leader at the right time to partner with members and other industry leaders to accurately audit OOH inventory, increase the precision of audience metrics, and improve data interoperability across the media landscape, so OOH can compete even more effectively with other omnichannel media formats.

Michael Lieberman, Chairman of the Geopath Board and CEO US of Kinetic Worldwide, said, “Dylan Mabin is an exceptional leader who understands exactly what Geopath needs to do to support the OOH industry and expand its reach to more advertisers and more platforms. He will build on what Geopath does best while helping buyers and sellers transact more confidently with better data. I am excited to work with Dylan and know that his leadership at Geopath will help make this vision a reality.”

John Miller, Secretary-Treasurer of the Geopath Board and Executive Vice President of Sales & Marketing at Lamar Advertising, said, “We are extremely excited that Dylan Mabin is taking the helm as President of Geopath. In addition to his considerable experience leading the organization through challenging times, he is also a respected thought leader throughout the industry. I look forward to working closely with Dylan over the next few years.”

Dylan Mabin, newly appointed President of Geopath, said, “The growth of OOH has been fueled by better data, better automation, and better planning. But we are just at the beginning of our journey, as new technologies and new capabilities expand what’s possible. I am honored to be entrusted with the permanent leadership of this organization and thrilled to lead Geopath into the future.”

“The growth of OOH has been fueled by better data, better automation, and better planning. But we are just at the beginning of our journey, as new technologies and new capabilities expand what’s possible. I am honored to be entrusted with the permanent leadership of this organization and thrilled to lead Geopath into the future.”

Mabin’s appointment is effective immediately. It was confirmed at Geopath’s Board meeting by unanimous vote and formally announced on the main stage during the industry’s annual OOH Media Conference & Expo being held at the JW Marriot Marco Island Beach Resort, on Marco Island, Florida.

Mabin lives in Cranford, New Jersey with his wife and two children. He is a Virginia native and a graduate of the University of Virginia.

Founded in 1933, Geopath is the industry standard that powers a smarter OOH marketplace through state-of-the-art audience location measurement, deep insights and innovative market research. The organization is headquartered in New York  City and governed by a tripartite board composed of advertisers, agencies and media companies spanning the entire United States. For more information, please visit https://geopath.org/ 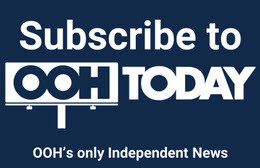