Digital License Plates With Ads on Your Car Soon 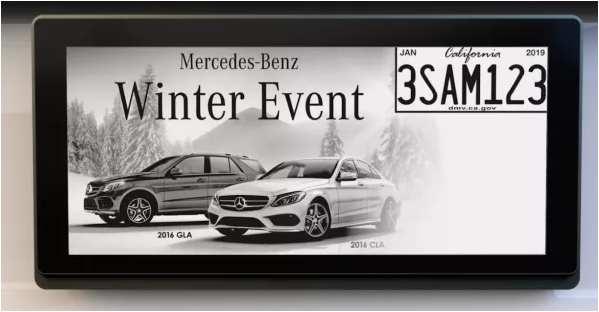 Add another OOH opportunity to the list.  This time it is state vehicle Digital License Plates.  The photos tell the story.  From Public Service Announcements to parking permits to safety messages and of course, the money-maker, advertising sales. Underway in Sacramento. Will this catch on nationwide?  Is it the start of the Ultimate Personalized Plate which Pays for Itself?   Or is it the next OOH revenue model extension to Uber/Lyft services?

Read the article from SIXTEEN:NINE 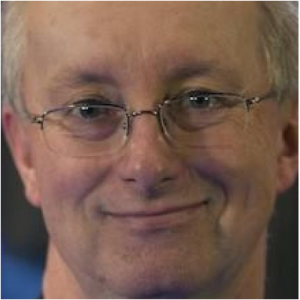 The California start-up that turns motor vehicle license plates into part-time digital signs is now testing in Sacramento, using monochromatic electronic ink screens to show everything from the plate number and registration status to ads for car manufacturers and stolen vehicle notices for police.

The Sacramento Bee reports that the test has the plates looking like regular plates when the car is in motion, but when the car is stopped the tag number reduces down to a zone in the right corner, replaced by other messaging.

The company, Reviver Auto, was founded in 2009 but is just now coming to market. The founder told the SacBee the initial interest will likely be from companies that have fleets of vehicles. That owes in part to the price tag, with the plates costing $700, plus a monthly update fee. It will likely attract a few well-heeled consumers who wouldn’t blink at the cost of adding the ultimate vanity plate to their six-figure Tesla or German super-car.

I really don’t see a digital OOH play here because of scale and a whole bunch of other variables, but who knows. Interesting, though, for dealers and for government agencies like the motor vehicles branch, and local police.

Here are some screen grabs of how the plates would look in various modes, with what is currently supported and touted as future uses … 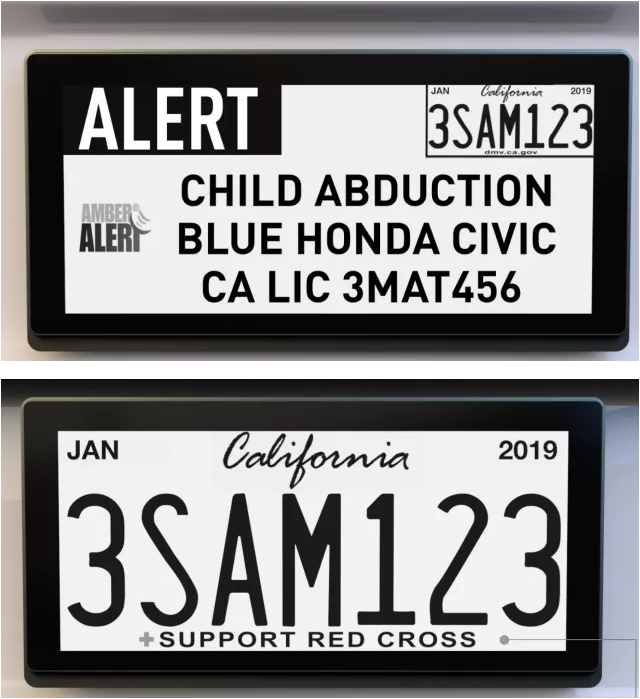 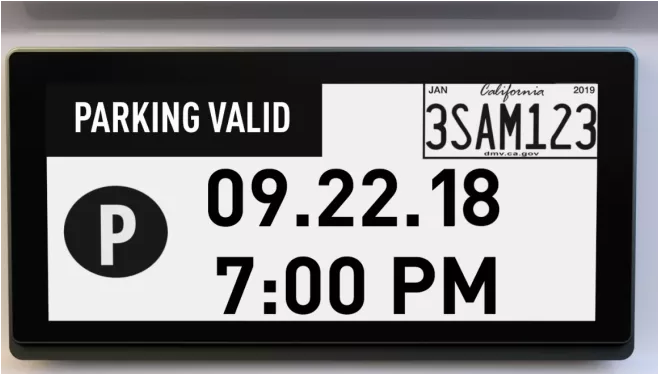