Daniel Wilkins on Blockchain Within OOH

How can we use this Technology within the Outdoor Industry

Guest writer, Agency Chief Client Officer, Daniel Wilkins of AGENCY 672 discusses the relevance and importance of blockchain in Out of Home. 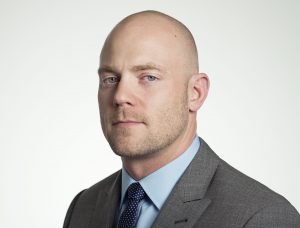 Just what the Internet needs, another article on blockchain technology and another prophet
delivering their view on how this revolutionary technology will change another industry. Yet, as
we convene at this year’s annual Geopath conference in Austin, TX, blockchain technology is
sure to be discussed, in one form or another, and if it is not, maybe it should be. Prophet I am
not, but there are some interesting potential benefits to the implementation of blockchain
within the OOH industry, as well as some challenges that we should all be considering as this
technology evolves.
First, as is currently customary for blockchain related articles, let’s define in layman’s terms, at
least as much as possible, what “blockchain” is and is not. Blockchain allows for the creation of
a digital, decentralized, public ledger of transactions that cannot be destroyed, manipulated,
hacked, or in any way corrupted. The most common use today is to verify cryptocurrency
transactions. Blockchain, however, is NOT the cryptocurrency itself. It is not Bitcoin or any of the
other form of cryptocurrency.
Now that we have an idea, generally speaking, of what blockchain is, how can we use this
technology within the outdoor industry? There are a few interesting areas that we can look at,
but before we do, I want to make something very clear. Any conversation about the implications
of blockchain within any industry, for the most part, is speculative and entirely based upon
supposition. The truth of the matter is, we probably have not yet thought of the areas of our
businesses that blockchain will have the greatest impact on in the future. Think about the
Internet circa 1998 or so. What I do feel confident in putting on the record, however, is that this
technology will substantially impact the OOH industry in more than a couple significant ways.
While these will not be apparent in 12-24 months necessarily, I personally believe the
technology will impact us enough that we should be having these conversations now so that, as
an industry, we can capitalize on these benefits, and not get left behind when other forms of
media do so.

One of the areas that is the most interesting to me, is the ability for blockchain to help advance
the progression of programmatic media buys within the outdoor industry. There are two clear
ways that the technology can do this. First, the entire premise of blockchain is built around
creating trust between two parties that do not necessarily have a reason to trust one other. In
practice, this could look like advertisers utilizing anonymous consumer data across a multitude
of providers, that previously had to be done through expensive data-sharing contracts, and now
made possible by the linking of data though the blockchain. This data would not only tell an
advertiser where a user went online and what media they consumed in the digital world, it
could also help tell the story about where that consumer went in the real world through
location service data on mobile phones. An advertiser could then confidently place a
programmatic ad buy that included displays in the real world because they could trust the
blockchain data that shows exactly how many people had the opportunity to see their message.
Not only could an advertiser see how many people are within proximity of a display, but they
would have anonymous demographic information chained to that data as well, for targeting and
message relevance purposes.
The second way blockchain could help advance programmatic ad buying within the outdoor
industry, is through providing an independently verifiable, and decentralized, way to track
transactions. Currently, the technology is nowhere near as fast as it needs to be in order to
meet the current speed requirements for payment transactions, but the evidence appears to
point to it just being a matter of time before it meets or exceeds those requirements.
Another exciting area of where the outdoor industry can utilize blockchain technology is in the
implementation of smart contracts. As defined by Investpedia.com, “smart contracts are self-executing contracts with the terms of the agreement between buyer and seller being directly written into lines of code.
The code and the agreements contained therein exist across a distributed, decentralized blockchain network. Smart contracts permit trusted transactions and agreements to be carried out among disparate, anonymous parties without the need for a central authority, legal system, or external enforcement mechanism. They render transactions traceable, transparent, and irreversible”.
So, let’s think about this from the standpoint of how outdoor is currently purchased in one or
more weekly increments. If blockchain allows us to track mobile users’ movement in the real
world, then we can have contracts that trigger payment upon the delivery of an agreed upon
amount of impressions, instead of weekly or 4-week billing periods. The smart contract would
act similarly to an escrow account, but without the need of a middle man. Taken a step further,
the smart contract could even be used to pay an outdoor media owner as each impression is
delivered, until the budget is exhausted, thus cutting payment time from 60-90 days, down to
real-time as the outdoor asset performs.

Blockchain promises to solve most of the major accountability issues currently plaguing the digital media  industry.

Now let us look at something that is a significant threat to not only the outdoor industry, but
most of the forms of media that are not online. Blockchain promises to solve most of the major
accountability issues currently plaguing the digital media industry. Of the things discussed in the
article, this has the potential to happen the soonest. Major advertisers, including P&G, have
threatened to pull massive quantities of digital dollars out of the marketplace if the industry
cannot address their issues regarding accountability, transparency and brand safety. This has
created a tremendous amount of pressure on the digital ad networks and publishers to solve
these problems, and blockchain looks to be the most promising technology to do just that, and
soon.
There are already companies that are utilizing blockchain to tackle the impression fraud issue.
Ads that are placed can be recorded on a blockchain, and then the impression data (how many,
what type, real or fake, etc.) is tracked and recorded as well. When advertisers’ major concerns
regarding digital advertising are addressed, the money will flow in huge quantities back into
digital, most likely at the expense of any other media format that does not offer the same level
of accountability and transparency. The OOH industry already loses market share to an industry
where it is estimated that for every three dollars that are spent within it, one of those dollars is
based on fraudulent data. How much more market share do you think non-digital/online media
industries will lose if blockchain solves that estimated $16.4 billion dollar issue (according to a
study commissioned by WPP agency The&Partnership and conducted by Adloox)?
I, personally, am optimistic that blockchain will be an asset to the outdoor industry, and
probably in ways none of us can even imagine at this moment. What is important, is that the
OOH industry be as proactive as possible in adopting this technology, as it has the potential to
be the catalyst that shifts the estimated 4.5% of overall media spend that the OOH industry
received in 2017, well into double digit percentages in the future. I was recently discussing this
topic with Sergio Fernandez de Cordova, Chairman of P3 SmartCity Partners and Co-Chair &
Executive Vice-Chair of the Blockchain Commission for Sustainable Development, and I think he
made a compelling point, “As we see look at how accountability and transparency have been
longstanding issues for the OOH industry, the advent of blockchain and the evolution of IoT
(Internet of Things), point to a revolution that is just around the corner for the OOH industry.
Blockchain will change the way outdoor is bought, used, and measured, forever, and it will
unlock OOH’s true revenue potential by bringing the long-tail online model to the outdoor
space”.

“Blockchain will change the way outdoor is bought, and measured, forever, and it will unlock OOH’s true revenue potential by bringing the long-tail online model to the outdoor space”

The benefits of blockchain technology, however, are directly tied to the size of the network
supporting any given blockchain. Without large enough participation, the technology falls short
in its ability to deliver on its optimistic future. It would be in the OOH industry’s best interest to
heavily invest in this area and encourage all of its stakeholders to do the same so that we, as an
industry, can reap those benefits and grow our business in ways we have only previously wished
to.

Fed’s Investigation of Digital Sign Industry:  How Did They Start? What are the Requirements? How to Comply?