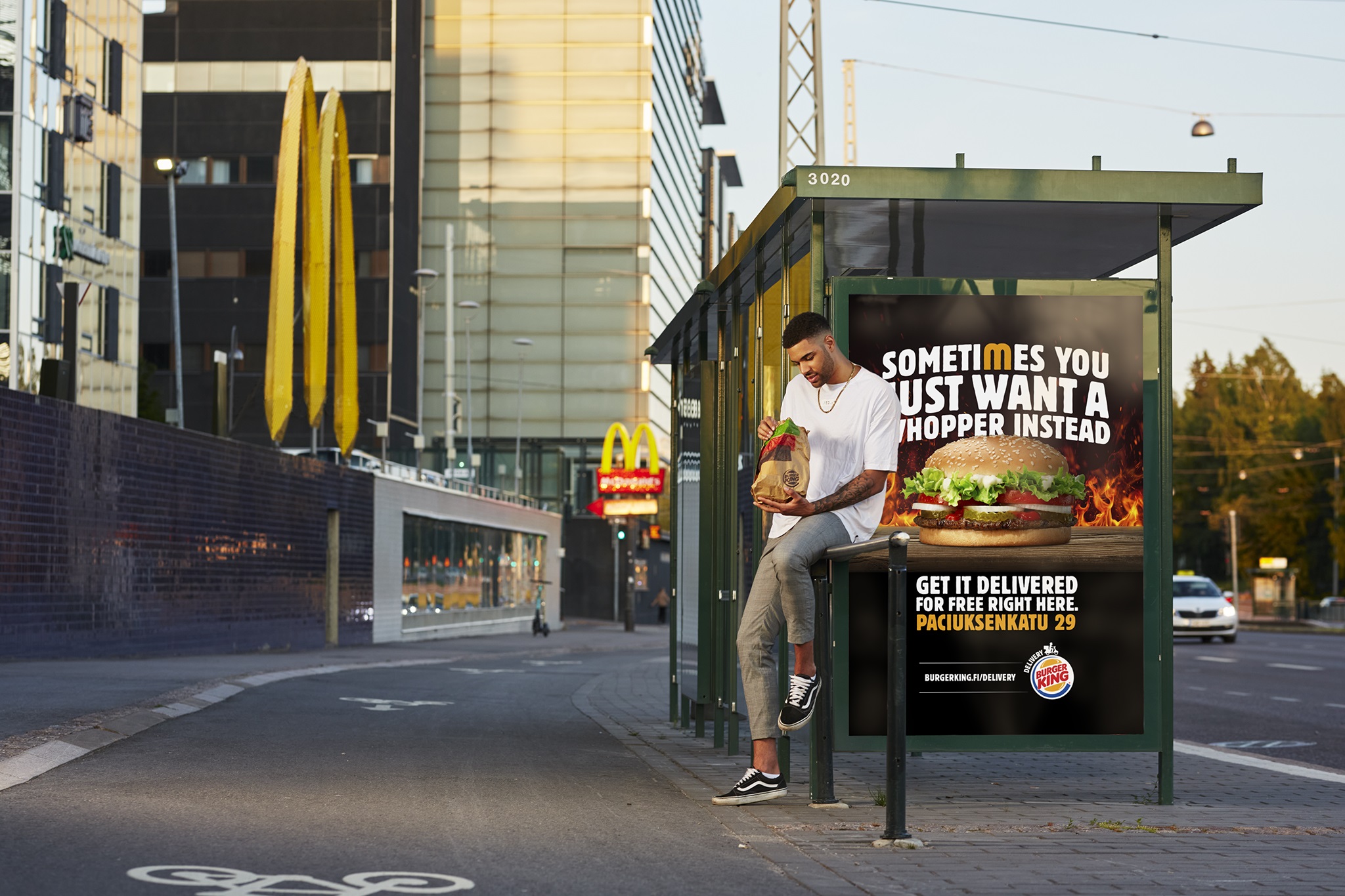 When your OOH client does not have the bandwidth their competitors have, you create more with out of home locations.

It is an old tried and true benefit not used enough in OOH sales solutions: An OOH display can physically stand in place as a company store any where there is a billboard. It’s less expensive and hyper targets.

This feature has been around for decades, the benefit has been sweetened with the partnership of mobile marketing. Using the billboard as the driver to begin activation, in this case a bus shelter, the ad message calls for local food delivery and takeout app Wolt (similar to UberEats) to bring the campaign the rest of the way ‘home’. Out of Home.

What potential customers of yours would benefit with more store locations standing against a larger competitor? Set them up with a new ‘OOH store location. Offer them a new ‘store location’ for pennies on the dollar of what it would cost them to actually build a new store.

Out of Home to “Unmask Fear”