Brands are a Roadmap

Brands are a Roadmap

I read this week that the restaurant chain Chuck E. Cheese recently created a new brand named ‘Pasqually’s Pizza & Wings,’ in an unsuccessful attempt to appear small and independent on local food delivery apps. Pasqually’s cooked and delivered the same dishes from the same Chuck E. Cheese kitchens. Consumers were “outraged” when the company’s trickery was revealed.

Even Starbuck’s built a chain of stealth coffee shops named ‘Roy Street Coffee and Tea’ (now shuttered) to test new products without its brand halo getting in the way.

So is ‘un-branding’ a new trend? Should big companies like Starbucks consider launching stealth brands that pretend to be small, local, and independent?

Absolutely not. Authenticity and transparency are more important than ever, and ultimately, consumers will discover the truth and feel deceived. If anything, these examples illustrate the power and resiliency of a brand, and how difficult it is to operate outside of an established brand’s core promise and positioning. When companies feel the need to mask their identity and go rogue like this, it may be a sign that it’s time to update the brand, to allow more space for the business to adapt and grow in new directions.

As I’ve written before, a brand is not a product or service, it is an idea in the mind of the target audience. It’s a promise that brands make to consumers, and it’s delivered in every interaction, touch point, and experience. When brands keep their promises, all is well with the world. When brands break their promises, it is very difficult to regain momentum.

As all parents know, Chuck E. Cheese’s brand promise has never been about the quality of its pizza. It has always been about entertaining kids with its frenetic arcade experience. Chuck E. Cheese went rogue because its brand could not credibly support a quality food promise from an adult-targeted neighborhood pizza joint.

Successful companies know they must create brand promises with enough headroom to allow for future expansion, even if it’s not linear. The BMW brand has never been about cars. It has always been about superior engineering, high performance, and pure exhilaration. That’s why BMW has permission from consumers to also offer motorcycles, bicycles, and even Olympic bobsleds.

Similarly, the Apple brand has never been about phones and computers. Its brand promise is about creativity, individuality, and self-expression. This gives Apple wide latitude to dominate a multi-billion dollar global ecosystem of products and services that span both work and play.

Which brings me to the sad news that General Electric just sold its founding business, its 129-year old lighting division, to a small home automation company named Savant Systems for a mere $250 million. Founded by Thomas Edison, General Electric was the Apple of its day. Just 20 years ago, GE was the world’s most valuable company. At its height in 2000, GE’s market capitalization was $480 billion. Today, GE stock sells for about $6, and the company is worth $58 billion.

It didn’t need to go this way. GE used to stand for innovation and industrial prowess. GE’s light bulb was such a transformative and iconic product that it became a universal symbol for invention and innovation. GE invented the incandescent light, the halogen light, and even the LED light, just as Xerox invented the personal computer and Kodak invented the digital camera. 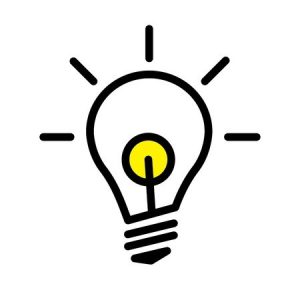 The demise of General Electric is a near-perfect example of ‘The Innovator’s Dilemma’ – when great companies defend and protect their cash cows at all costs, fail to adapt and evolve, and end up being displaced by more agile challengers.

What these once-great 20th century brands failed to recognize is that a brand promise acts like a roadmap, aiding decision-making, providing direction, and guiding the way. If a brand promise is not continuously updated and refreshed to allow more space and headroom to adapt and evolve, it’s easy to get lost.

Imagine where GE Lighting would be today if it had expanded its brand promise beyond illumination? Now, it’s up to tiny Savant Systems to find out.

Lee Rafkin is a branding, marketing, and communications consultant based in New York. In addition to advising leading brands like Discovery Networks, Estée Lauder, Medtronic, Nestlé, and Pepsico, he has named and branded U.S. out of home organizations like OUTFRONT, Geopath, and Boldsite Media. Lee can be reached at lee@rafkin.com.