The Mystery Billboards are Revealed 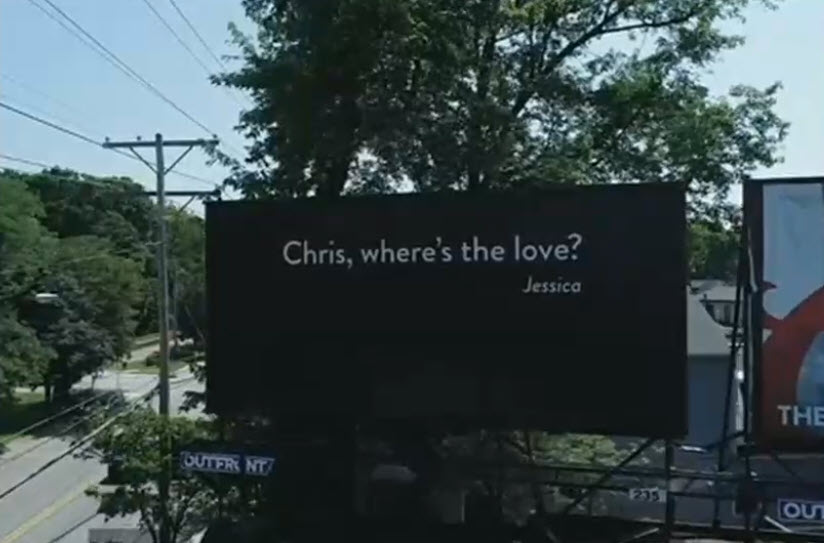 This billboard teaser campaign in Louisville, KY has finally been revealed.  From conversations I have had with people who live there, it was not too soon.  The Louisville Ballet is the culprit or advertiser, tormenting the city who were anxiously awaiting the big reveal.  The simple design of black and white teasing the community with leading language like “performance issues, new stage in relationship, role-playing, see other people and where’s the love,” struck an emotional connection.  The OOH provided perfect provoking phrases to catch one’s attention and prompt social dialogue.

The 15 pre-reveal billboards generated by mystery couple Jessica and Chris, kept the entire City guessing and wondering. The client remained tight-lipped.  The reveal did not disappoint.  After a week the answer or advertiser showed themselves as the Louisville Ballet and ad agency, Mightily.

This is a well thought, cleverly designed and executed out of home teaser campaign, successful in generating buzz in the city and gaining the attention of local media as well.

Or see the article below. 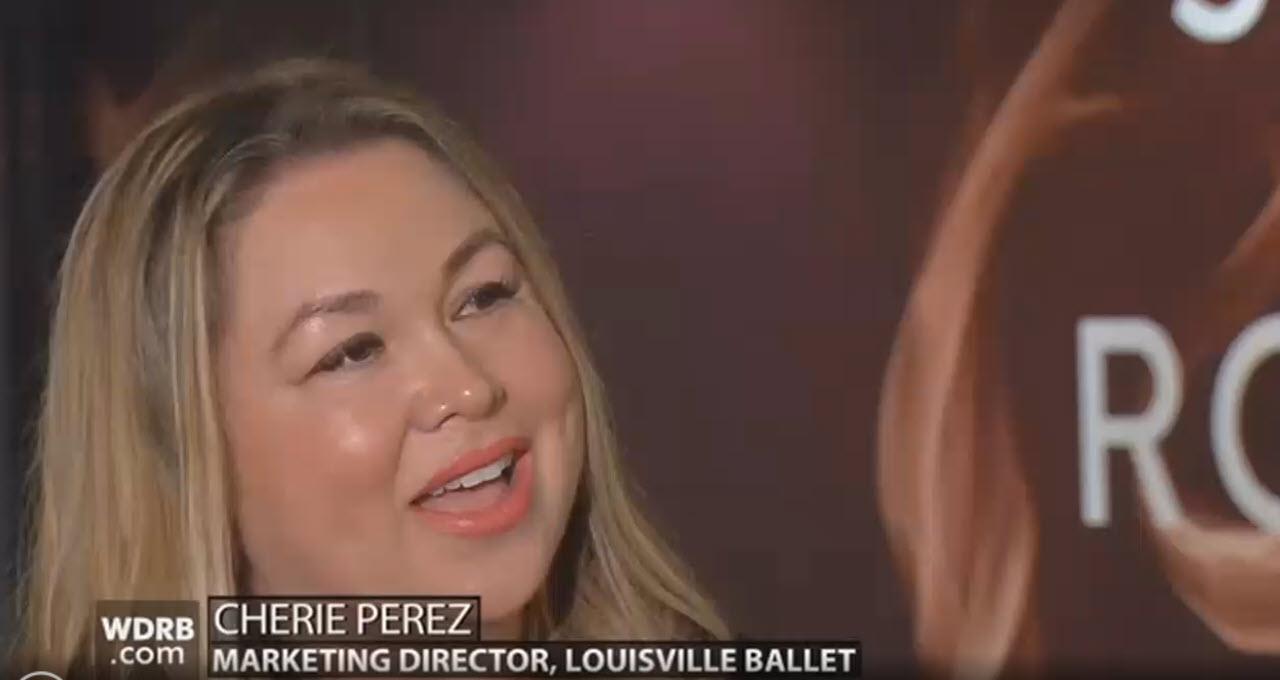 Jessica is certainly not feeling Chris’ performance and feels their relationship had entered a new stage. At least that’s what the 15 or so black-and-white billboards posted around the city are claiming.

In the last couple of weeks, the saga of Chris and Jessica has grown with each new billboard and TARC stop poster. The truth is, each billboard contains a clue. It’s all in the language, “performance, stage, role-playing.”

So either Jessica and Chris were into something kinky, or this definitely is an advertisement for something that could only be theatrical in nature — but what? 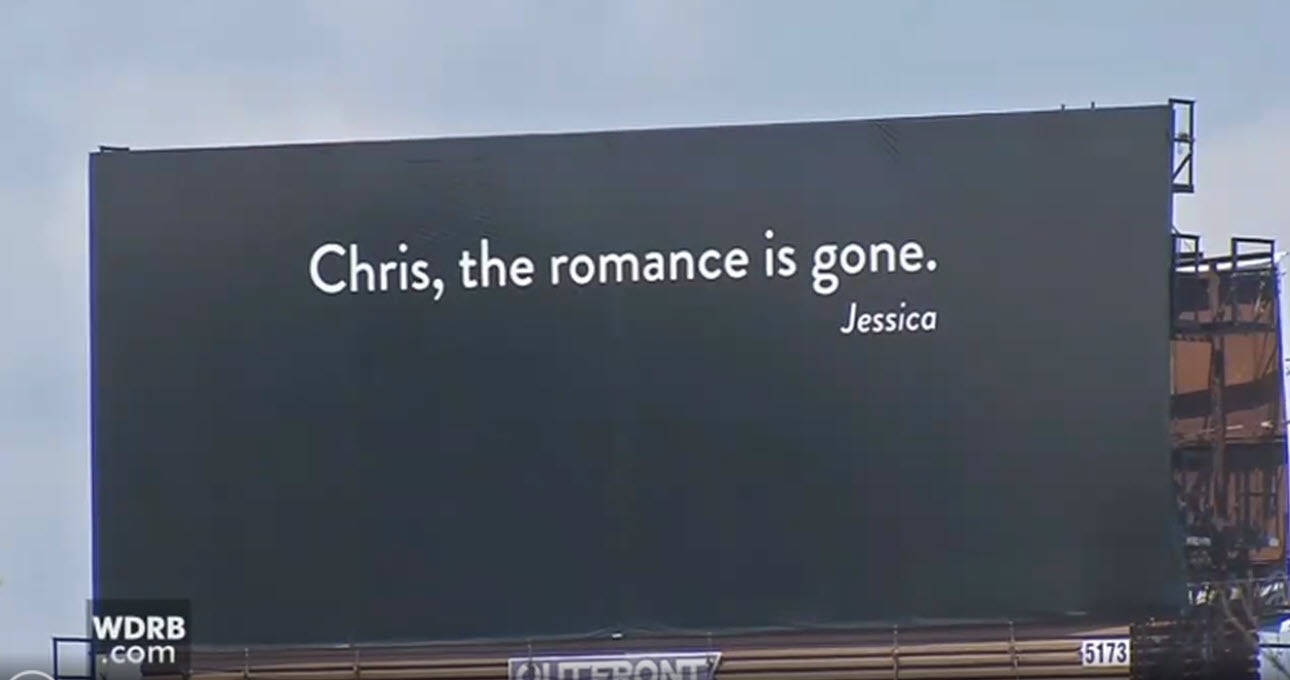 The buzz is off the charts. Mike Rutherford of the Card Chronicle, a sports website, picked up on the billboards, and he’s wondering, like many others, whether Chris is truly a letdown to Jessica, or if it is an advertising campaign.

Wild theories are plentiful. In a Reddit thread, many speculated it was an attorney advertisement. Perhaps Chris has mesothelioma and is entitled to a settlement. Some were positive it was the advertisement for a movie. Others went on a search and dug up any information related to any Chris and Jessica they could find, including linking to a couple’s wedding photos.

All the years of watching “Scooby Doo” seems to have made Louisvillians super-sleuths.

Jason Riley of WDRB caused a stir with the interested public, and likely with his co-workers, when he shared a tweet claiming that the Jessica and Chris of lore were actually people he worked with — Jessica Bard and Chris Otts. Bard was not amused. She responded in her own tweets, saying first that it was uncomfortable and then calling it “gross.”

The best source of information about the advertising seemed naturally to be advertisers.

Kevin Price, creative director at Doe Anderson, said at first that he had wondered but had “no idea.”

Later he wrote back and said, “I mostly appreciate that a client and agency have enough mutual trust to run a campaign for any length of time without a logo. Real judgment of the potential effectiveness is challenging without seeing the reveal, but I did see a subreddit dedicated to solving the mystery. That’s certainly a win.”

He admitted Doe Anderson had nothing to do with the campaign.

Glen Goodman of Power Agency said he’d been traveling and hadn’t seen the billboards, but he heard the buzz.

“I’d say it’s most definitely an ad campaign given the quantity and location of the boards,” he said. “If it was intended to generate chatter, then it’s probably working. Let’s see how people react to the payoff.”

Power wasn’t the culprit, and neither was VIA Studio, whose owner, Jason Clark, believed it was truly a WDRB stunt and wasn’t particularly amused by the boards or publicity stunts of this nature.

Mightily creative director Rankin Mapother said, “Mightily believes in humility, but I have to say it’s a really great idea.”

Another employee at Mightily did not confirm nor deny the company’s involvement and suggested the Commonwealth Theatre Center or Louisville Ballet as the likely accomplice.

The Louisville Ballet is the culprit, and Mightily is the team who worked with the organization to design the campaign.

Humility is not one of Mightily’s hallmarks.

Cherie Perez, the ballet’s marketing director, said in an interview Wednesday evening, “We wanted to do something exciting to promote our new Season of Romance. We thought we needed to come out in a big and bold way.”

Perez promises that each of the season’s shows will live up to the hype of this billboard campaign, and she hopes the public will temper their judgment until the season starts.

The Louisville Ballet is set to kick off its new season in September with the world premiere of a modernized version of “Romeo and Juliet.” Before that, folks can see the ballet close this season’s Shakespeare in the Park with its interpretation of “The Tempest.” That show runs Aug. 1-5 and stars Robert Curran, the ballet’s director, in the lead role.

Tickets for the ballet’s new season are starting with a 30 percent discount, with subscribers having the option to purchase as few as two shows while getting all of the benefits of being a season ticket holder. The final billboards reveal will highlight this special and the season’s theme.

Perez feels this discount will improve access for the general public.

So what about Jessica and Chris? Are they just characters?

Turns out Jessica and Chris are absolutely a real couple.

They were generous in allowing their names to be used for the campaign, but they surely want everyone to know that Chris has neither performance issues nor mesothelioma, and that Jessica still adores him.

Some will be disappointed to know the billboards are advertisements and not love gone bad, but local citizen and LEO writer Deena Lilygren said it best.

“When I first saw the billboard, I got excited because I thought it was a spite billboard,” she explained. “When I saw the second, I realized it was marketing, but I was still excited, because that’s fun, too.”

Whether or not people are let down by the advertisement’s reveal remains to be seen. Sometimes the fun is had in simply playing the game, and this time, many Louisvillians and travelers through our city got to play along.

Is it a Sexist Body-Shaming Billboard in Times Square?

How Color and Typography Influence Consumers