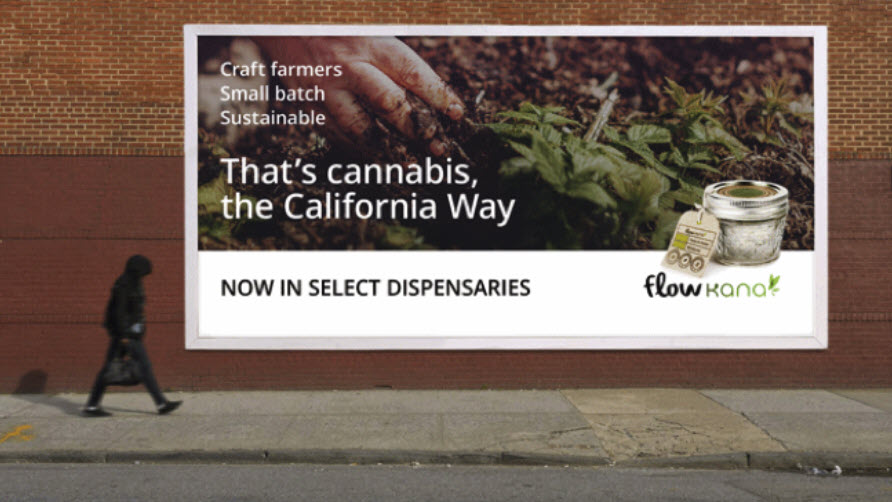 The folks ‘in charge’ for Cali’s weed regulation, Bureau of Cannabis Control, exceeded its authority when they allowed billboards to advertise marijuana along freeways. All this by a recent court ruling, fundamentally prohibiting billboards along 4,315 miles of interstate highways, including Interstates -5 and -80, and state highways that cross state borders. That’s a lot of billboards!

As California typically leads the country in progressive protective legislation (some might say over protective, but we would never say that), will this sentiment catch on affecting OOH throughout the rest of country?  Better start lobbying right now. Take the fight to them. Wait and it maybe too late.

And even if there is no eminent threat to strike Maryjane from OOH, be judicious in your display of the product. Over indulgence, too many billboards and ‘in the wrong areas’, will turn that easy street dope dough into a revised prohibition faster than you can say ‘Big Bambu!’

For those objecting to our use of the word ‘dope’ for marijuana, we leave you with
Urban Dictionary Definitions of ‘Dope’.

A stupid person. Noun
A buffoon, simpleton, dolt or idiot.
Charlie Brown may say block-head.
What you may be if you really give a damn about the use of the word ‘dope.’
Wait, what?

A Day of Thanksgiving