Australian OOH Playing Out Ahead of Similar US Scenario ? 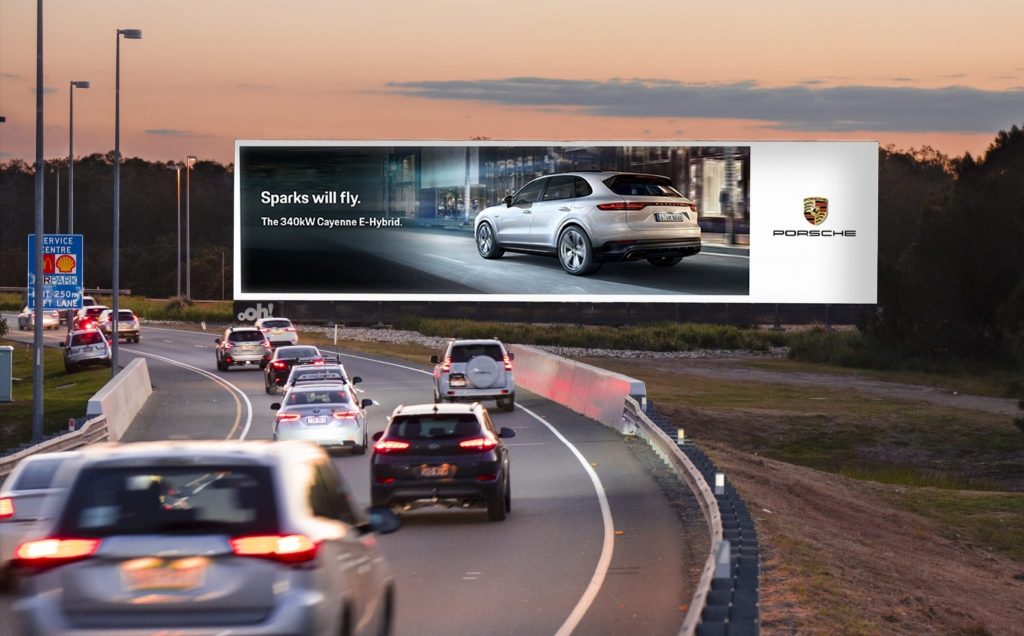 Has oOh! Media just fractured the OOH sector or set a new benchmark for the world?

Publishers note:
We received this PR story last night from our friends in Australia. It is a story written by Paul McIntyre – Executive Editor and published by company mi3. Interesting read of how OOH media owner oOh! Media (that’s how they spell it) is introducing a new data initiative and planning tool in how OOH should be traded and viewed. It’s called ‘Smart Reach’.  Here’s the link to the story ⇒Has oOh! Media just fractured the OOH sector or set a new benchmark for the world?

Similarly, CCO has introduced ‘Radar’ and Outfront’s rumored data and process initiative is in progress. Then, the obvious coincidental announcement from Geopath, GEOPATH BEST PRACTICES, STANDARDS, AND PROTOCOLS PRIMER, leading the way for the new Insights launch. Interesting similarities worldwide.

oOh! Media CEO Brendon Cook, is exuberantly optimistic about their ‘Smart Reach’.  I suppose he has to be. Check out the paragraph ‘History repeating: like TV, a clash of OOH rivals?‘ They say ‘fascinating’. It could turn out to be fractious. Could this serve as a lesson for the US or have the wheels been set in motion?  The full PR release is below. We were a bit aggressive in ‘bolding‘ key points. BB 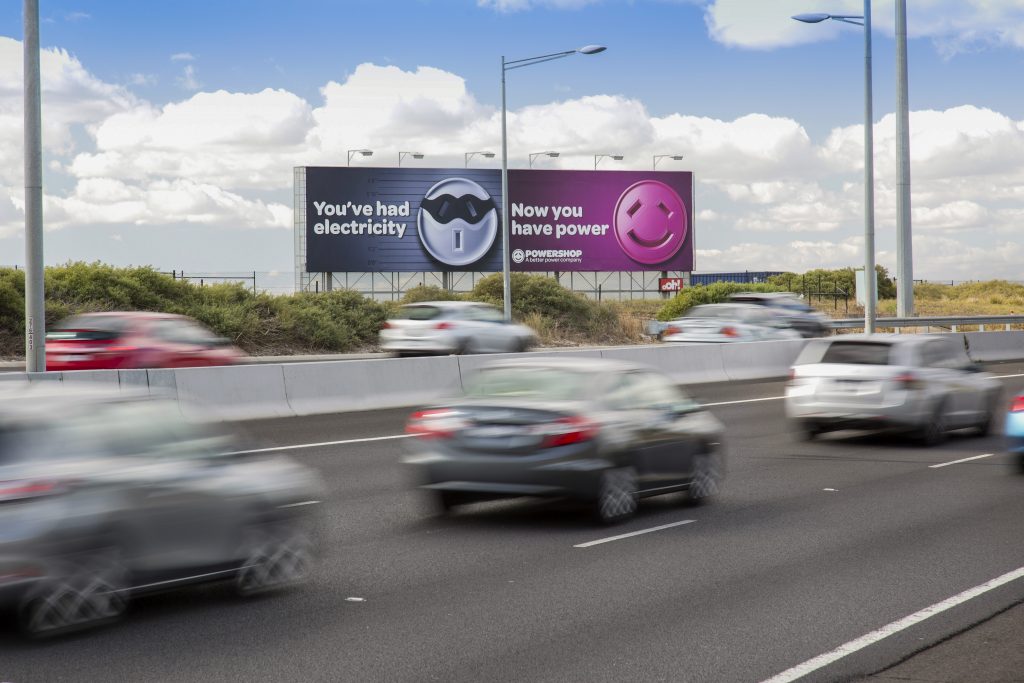 Has oOh! Media just fractured the OOH sector or set a new benchmark for the world?

Global market-mix modelling firm Analytics Partners says the Australian OOH industry leads the globe. Now an audacious data play by oOh Media! is aiming to advance that reputation, arguing it should become a “primary” medium alongside TV and digital. But will advertisers and agencies embrace the existential shift

Five years ago oOh! Media CEO Brendon Cook figured the OOH industry had a problem if it continued with blunt demographics, impressions and basic reach and frequency modelling as the basis for future sector growth.

The successful industry-wide shift to digital formats has been well documented. But fast-forward to two weeks ago when oOh! outlined its Smart Reach data initiative and now we’re about to see if the market agrees with Cook – and his vision for a completely overhauled approach to how OOH should be traded and viewed as a primary medium in conjunction with TV and digital channels.

At it’s core, Smart Reach is based on category buyers from 2.5 billion consumer transactions from Quantium across 500 audience segments mapped to 35,000 locations and 18 million consumers journeys. The firm claims there are 2 trillion data points across oOh’s network of 35,000 sites.

A mysterious SVOD pilot delivered 25 per cent increase in reach

At least 50 pilots with advertisers from automotive to consumer goods have been part of the Smart Reach development  – some estimates put oOh!’s program investment in the tens of millions; Cook says “many, many, many millions”.

Using the Smart Reach methodology, claims oOh!, delivered a 25 per cent increase in reach of existing SVOD customers that the unnamed company wanted to target. The planning went beyond a typical targeting cluster of SVOD customers by suburb to how they moved between home, work and beyond.

The SVOD company, for instance, knew that existing SVOD customers were more likely to attend outdoor cinema events – so those customer movements were identified in aggregate and matched to oOh!’s network. The reach lift was delivered by an audience and category buyer-first planning phase instead of formats or demographics.

Cook says had the advertiser gone with a conventional approach to OOH, it would have missed exposure to 800,000 existing SVOD customers.

History repeating: like TV, a clash of OOH rivals?

The next 12 months will prove fascinating. Like the early movers in the TV sector, when the likes of MCN started moving on data and new models for audience segmentation and automation, media agencies splintered in their take-up.

Sometimes it was simply down to the internal structures of agencies that created resistance, other times it was philosophical. But it did deliver MCN, until recently, a point of competitive advantage. Key players in multi-platform TV have since moved, at various levels of sophistication, to embrace data-led strategies.

It looks like a similar cycle for the OOH sector. So why did Cook and his oOh! team break from the industry pack and go alone to fundamentally rewire the OOH sector?

“Firstly, we reach more Australians on a daily basis than anybody in out-of-home, so my first responsibility is to say I can’t wait for everyone to do it,” he says.

“It’s too hard to have an industry association develop something like this. It’s just physically impossible. So we had to make the investment because we believe, with all the investment we’ve been making in acquisitions and digital formats, we needed to put significant resource into being able to deliver better results for clients.”

While the OOH market is in a period of growth, Cook says “if we want to push from 6 per cent to 10 per cent of the media pie on average, which is where we think we should be as a minimum,” the sector has to deliver more for clients.

That translates to “a more accurate way of knowing which are the right formats, the right locations physically, the right areas to be in to match the best way for them to drive more customers.”

In short, he says, “demographic systems really weren’t delivering that granularity or those capabilities. For a baseline in terms of industry comparisons, they’re not really that critical if you’re talking about driving the best ROI results”.

So how will the buy side respond? Cook is optimistic. Advertisers have been a key part of the development phase and the improvements, he says, have been compelling.

“The one thing I love about media agencies is that by nature their core competency is their ability to adjust as the world moves and we’re playing into that – that’s what they tell us and their clients tell us. They are very focused on achieving better ROI results and to do that in out-of-home, you need to reach more of the right people.

“I’m sure that advertising and media agencies will want to embrace us as much as clients to help them get better results – because that, at the end of the day, is what it’s all about.”

Cook is under no illusions about the pace of change. But he is optimistic that buyers – and marketers will appreciate a data-driven, evidenced-based approach.

“Clearly you don’t expect everyone to just stand up and cheer and say ‘let’s do it all’. What we’re saying is when strategists, business directors and marketers engage in understanding then it get’s very deep engagement very quickly.

That said, Cook has high expectations for Smart Reach take-up in the coming year. If it’s not used on between 30 per cent and 50 per cent of oOh!’s campaigns in the next 12 months “then we’re probably doing a bad job”.  While he says Smart Reach broadens the appeal to digital and programmatic buyers, a rollout is there for stage two.

Part of the Cook’s bigger picture is to cement OOH as a primary medium along with digital and TV. The market-mix modelling work done by Analytic Partners shows the combination of those three channels are the optimal mix. Drop TV and the weighted ROI index drops to 79. Digital-only sits at 50.

The same work by Analytic Partners, a global firm with $140bn in advertiser spending worldwide to unpack and $9bn in Australia, shows the Australian market is more than double the efficacy than the US market.

Cook says Smart Reach will increase the gap. “I grew up in an era where out-of-home was the first thing knocked off the plan,” he says. “And when you now see that data showing we are one of the three priority media that people should use in combination to get the highest ROI – and you see that driving across broad-based categories – it delivers confidence to advertisers. Forget the term ‘alternative’. We’re just saying we’re (sic) OOH is one of the three priority mediums, along with digital and TV.”

The Future of OOH Measurement Starts Here —Must Read