Are Full Motion Digital Bulletin Displays the Future of OOH? 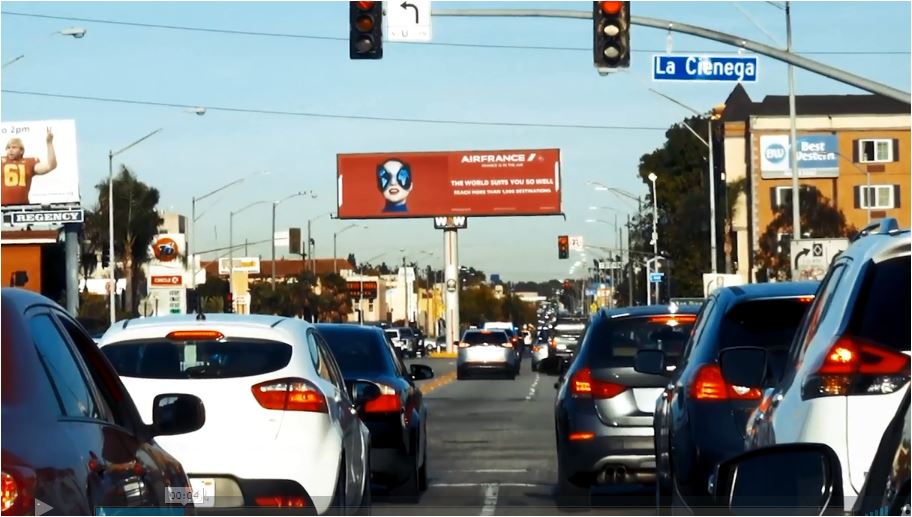 Is Full Motion Digital Bulletin Displays the Future of OOH

Our Agency pal in LA is front and center again in his support and advocacy for Out of Home.
Gino Sesto, Founder of DASH TWO, shared this recent news segment from LA local NBC News 4 ⇒ Full Motion Billboards Have Booster in Inglewood, But Also Critics

Along with pro comments from Sesto, comments also came in from the usual suspects on the other side, Coalition to Ban Billboard Blight and Scenic America. Some of the displays have been operating in locations as long as 4 years ago.  Why the news flash at this point?

“We love it,” said Gino Sesto, founder and CEO of the ad agency Dash Two. “Especially with our clients, who happen to be in music, fashion and entertainment, I mean, full motion is the way to go.”

Scott Krantz, head of Wow Media, operates the majority of the full motion digital in Inglewood, CA and they are nothing short of spectacular.  Their locations have been featured in OOH Today before. Here is a link with photos and video from OOH Today’s December 7th, 2017 post on WOW Media here⇒ WOW Media.  The full motion billboard is something to behold on a street not located in NYC, Minneapolis or Las Vegas. The actual placement of the structures, in the middle of the street on a median, for example, is unheard of.

‘Partnering’ with a municipality has its advantages when placing a new billboard build. I marvel at the positioning of the poles located on ‘public property’ every time I see them.

She Media NY Partners with Clear Channel Airports in Local…