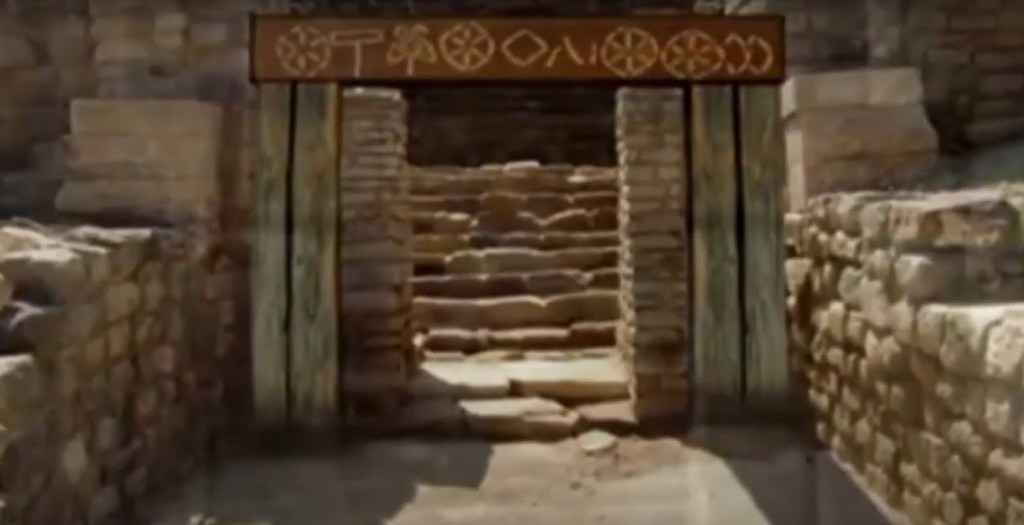 I do not intend to start an OOH conflict between India and America, but this next story leaves the door open for further inquiry. And for the record, this is about as much attention as I will be allocating. It is now in the capable hands of you, the OOH Today readers.

This post is from Mera Hoardings Founder and Chairman, Saikrishna Gajavelly.  ‘Mera’ is a is a programmatic online marketplace for outdoor advertising. Gajavelly shares that billboards started in ancient India and that a ‘signboard’ or ‘billboard’ estimated to be as much as 8000 years old, was found in the city of Dholavira. It is called the “Dholavira Signboard.”  Gajavelly’s story with photos and video is below.

OK, I have to say it; I am a bit skeptical. The two links within the post (see below) do not help to convince me. The first, goes to somewhere I have not the foggiest idea, which appears to have nothing to do with billboards starting in ‘ancient India’. And the second link, ‘India’ goes to his programmatic business website, Mera.

“You may know that billboards started in ancient India. Dholavira is a large archaeological site of the ancient Indus valley civilization, situated in the Kutch district of Gujarat in Western India. “

The final red flags for my skepticism, are the multiple hash tags listed (see below). Way to many which have nothing to do with an ‘Ancient Billboard’ and more about Mera’s programmatic business.

On the other side of the coin, it could be true and the author merely shows poor form promoting his company. I am guessing Gajavelly will not be buying me drinks in Toronto at the WOO World Conference in May ’22.

What is your take?

Published by Saikrishna Gajavelly
Founder and Chairman at Mera Hoardings

Outdoor advertising is one of the most affordable forms of marketing in the sign industry. Even the ancient world had billboards or signboards something a lot like them. Indus valley civilization is the most ancient civilization in the world. A group of researchers around the globe have used carbon dating techniques on animal remains and pottery fragments to conclude that the Indus Valley settlements could be 8,000 years old—2,500 years older than previously believed. Dholavira also a city in the Indus Valley Civilization, more than 4000 years ago, Dholavira was one of the largest cities of its time.

You may know that billboards started in ancient India. Dholavira is a large archaeological site of the ancient Indus valley civilization, situated in the Kutch district of Gujarat in Western India. One of the most interesting and significant discoveries at Dholavira is the billboard found in the northern gateway of the city and is often called the “Dholavira Signboard”. It could be the world’s oldest signboard, undecipherable of dates back to the 3000 BC to 1500 BC.

The credit of finding this Hoarding with 10 inscribed symbols goes to The Archaeological Survey of India (ASI), by a team led by Prof. R. S. Bisht. The billboard originally was designed with set pieces of the mineral gypsum to form ten large symbols on a big wooden board. At some point, the board fell flat on its face. The wood decayed, but the arrangement of the symbols inscribed survived. The size of the symbols of the billboard is comparable to large bricks that were used in nearby walls. Each sign is about 37 cm (15 in) high and the board on which letters were inscribed was about 3 m (9.8 ft) long. The size of letters being big that could be viewed from a distance, and the width of the board matching with the width of the northern gateway of the Dholavira citadel, it is conjectured to be a large advertising board. The board is long with 10 Indus symbols and one circular symbol appearing four times. Its large size and public nature make it a key piece of evidence cited by scholars who opine that the Indus symbols represent a different type of communication. Another four-sign inscription with big size letters on sandstone was also found at this site, considered the first of such inscription on a sand stone at any of the excavation sites. The script has thirty seven cm tall and 6-10 cm wide three large Indus signs, running from right to left, and there appears to be a fourth sign too. The symbols or script also matching with modern out of home advertising formats.

The archaeologists found the symbols by looking for ancient road systems–often, they write, inscriptions are found along City entrance, thoroughfares and at junctions. That sounds just like a modern-day city, where billboards are often oriented toward areas highly trafficked by walkers or drivers. It’s a fascinating parallel between today’s modern landscape and its ancient precedents.

Inaccuracies to be Corrected in Old TAB Bus Exterior Measurement