built with advertising embedded in their design

As London prepares for the historic launch of the brand-new Elizabeth line on May 24, Transport for London (TfL) and Global, the Media & Entertainment group, reveal 329 new state-of-the-art advertising sites along the line – the largest launch of digital advertising assets at one time on the TfL network.

“We’re delighted to be part of this historic launch with TfL and all our advertising partners,” said Mike Gordon, Chief Commercial Officer at Global said. “The Elizabeth line will transform the future of London’s transport and connect millions of people to the heart of the city faster than ever before. For brands looking for a platform, the breath-taking, spacious, modern stations are unlike any other transport environment in the UK, providing an enormous digital canvas to truly stand out and reach vast audiences.”

The transformative Elizabeth line service, stretching from Reading and Heathrow in the West to Shenfield and Abbey Wood in the East, provides advertisers with new opportunities to present campaigns in impactful and unique ways, within bright, spacious and accessible environments unlike any others on the network.

Once open, the Elizabeth line will add ten per cent to central London’s rail capacity and have an estimated 170m passengers a year by 2026.

At the heart of the new line are the central stations – Paddington, Tottenham Court Road, Farringdon, Liverpool Street, Whitechapel, Canary Wharf, Custom House and Woolwich – all of which have been built with advertising embedded in their design.

“This is the most significant addition to London’s transport network in a generation and we are thrilled to be offering brands yet another exciting opportunity to reach new and existing audiences on our transport network,” said Chris Reader, Head of Commercial Media at Transport for London. “With a range of impressive formats available, we are excited to see how advertisers will use our new assets to push the boundaries of creativity and innovation with their campaigns.”

Google, MoneySuperMarket, Reed.co.uk, Sage and Schweppes are the first brands to advertise on the new Elizabeth line. 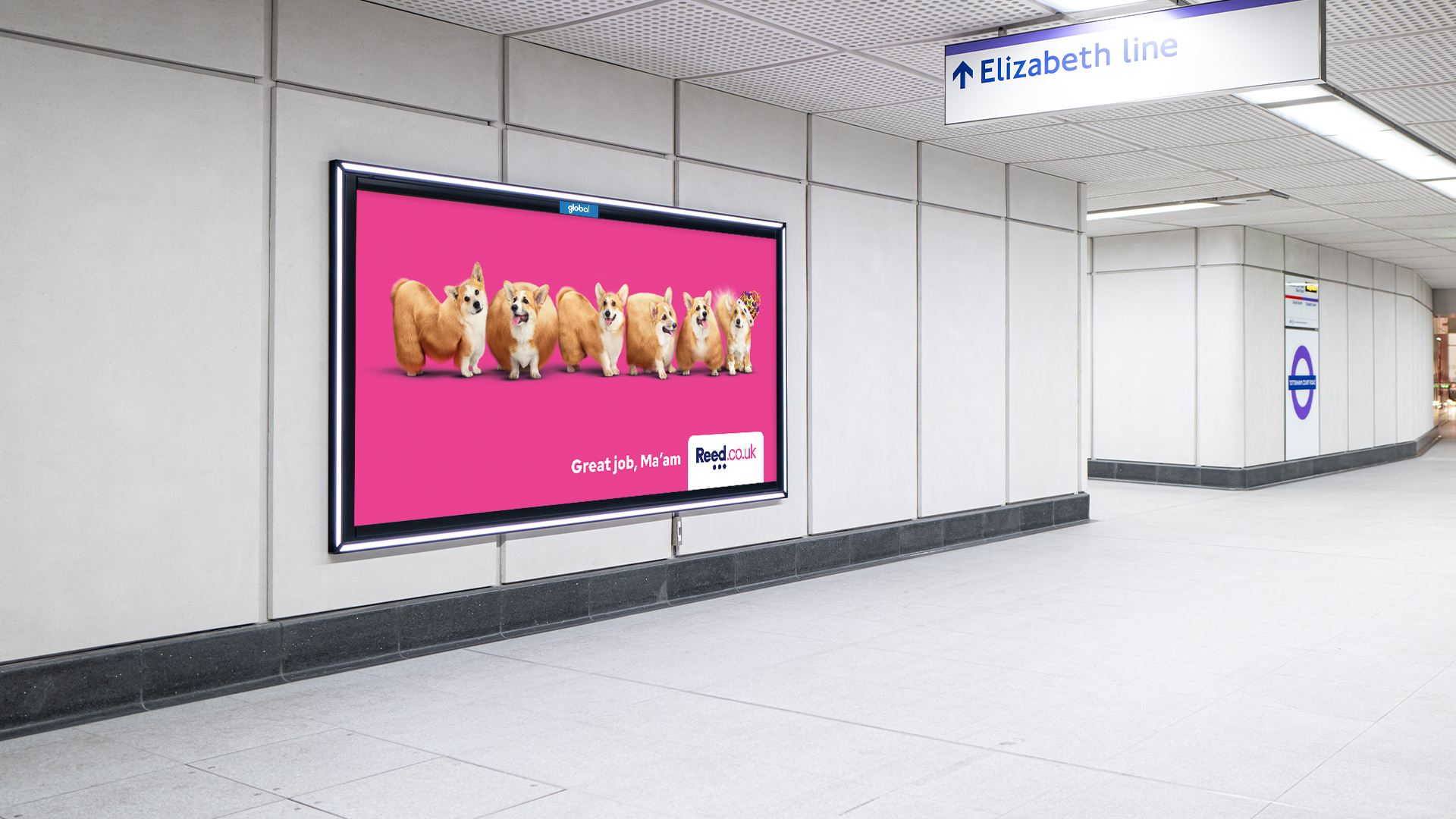 “We’re thrilled to be celebrating the opening of the Elizabeth line by being one of the first brands to advertise in this space,” said Louise Maugest, Marketing Director at Coca-Cola Great Britain. “Our Schweppes campaign will appear on the digital screens, encouraging people to raise a toast to celebrate this exciting cultural moment.”

With a focus on creating extensive digital opportunities for advertisers, the new stations feature seven pairs of unmissable, full motion enabled Digital Ribbons and 16 new-format Digital Runways – made up of 234 platform edge screens – which are exclusive to the Elizabeth line. 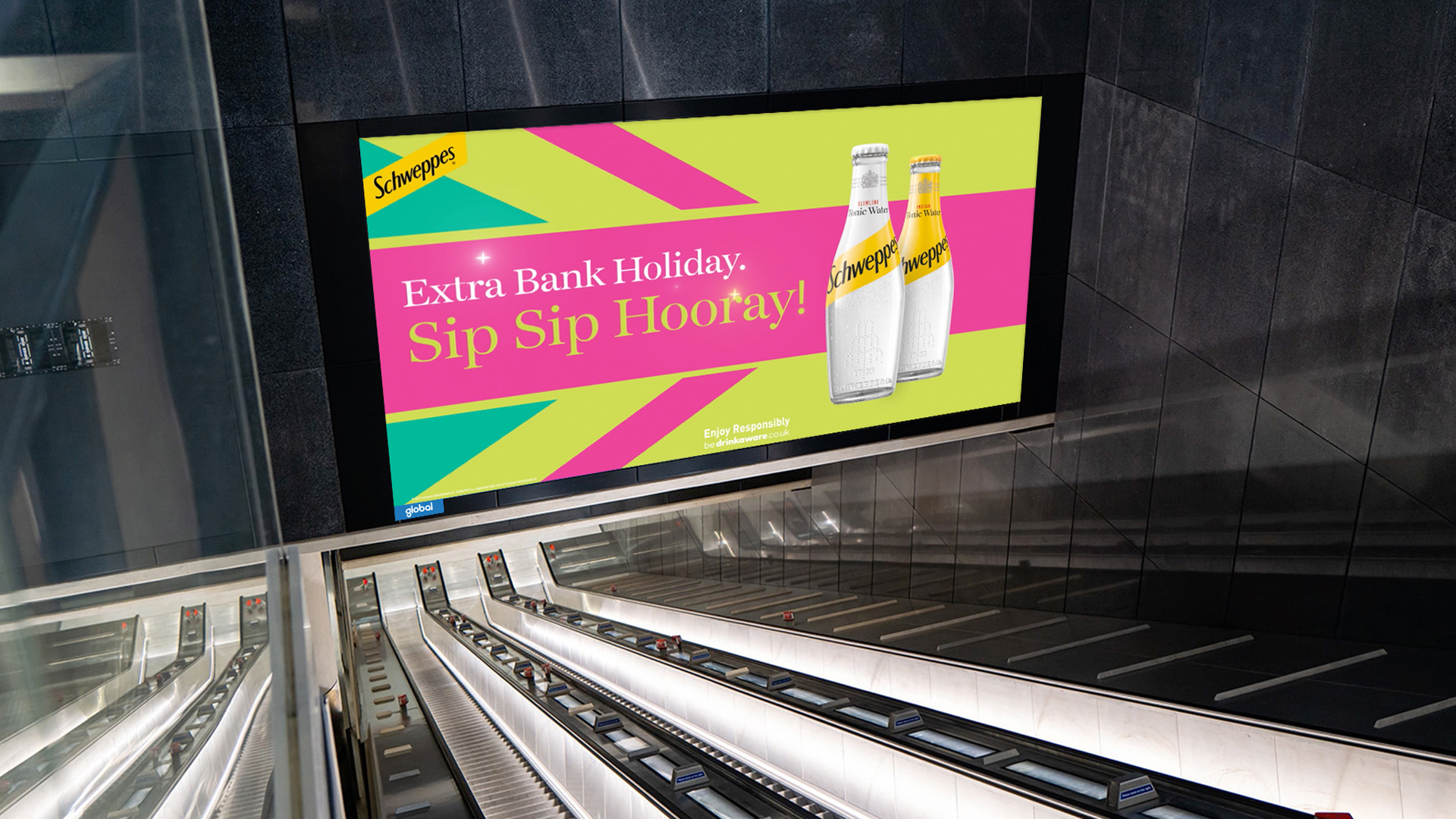 There are also four brand-new, high impact, ultra-HD Digital Gateway screens, including one that measures 28m² over the escalators at Tottenham Court Road, and 32 new digital billboards (D6s) which have been installed in high-visibility locations such as ticket halls and corridors.

The new digital billboards located at all Elizabeth line stations will be added to Global’s outdoor inventory available on its digital advertising platform, DAX, allowing advertisers to buy data-driven campaigns across digital outdoor and digital audio.

Global is also one of the leading Outdoor companies in both the UK & Europe, with over 235,000 sites reaching 95% of the UK population. Global’s extensive and diverse outdoor portfolio encompasses Transport for London’s Underground network, almost all major UK airports including Gatwick, the UK’s largest portfolio of roadside posters and premium digital screens in prime locations, as well as the UK’s largest network of buses including all major cities.