do it outdoors media Focuses on Improvements & Innovation

do it outdoors media

NATIONAL — do it outdoors media celebrates its 22nd anniversary in business this month and its never-wavering passion and excitement for the out-of-home industry. It’s the largest national mobile billboard and field marketing company, led by Regis Maher and David Pridgen.

To stay relevant in today’s advertising landscape, the company has:

do it outdoors media continues to prosper because they understand that a mobile billboard campaign is more than just the advertising vehicle. They operate with a partnership mentality with each agency and brand. The entire team is passionate in the roles they play to deliver a memorable and effective campaign. The advertiser goals become the company’s goals, and the standards for delivery are also set high.

Mobile billboards, field marketing teams and digital ads leverage strategic routing software and marketing data to reach the right audience in the right place at the right time with the right message. Every campaign is customized to the advertiser, goals, audience and locations.  Mobile billboard drivers are uniformed and experienced; brand ambassadors are knowledgeable and led by a dedicated field manager. The team at do it outdoors media hold themselves accountable and to the highest of standards.

Mobile billboards have been the company’s mainstay. They’ve always been passionate about the go anywhere, anytime media format that drives awareness, purchase intent and conversions closest to the point of sale. This passion was touted in the 2019 Nielsen OOH Advertising Report as being a leader in OOH formats by over-indexing among many audiences, including: ages 16-49, Hispanic, African-American and Asian. 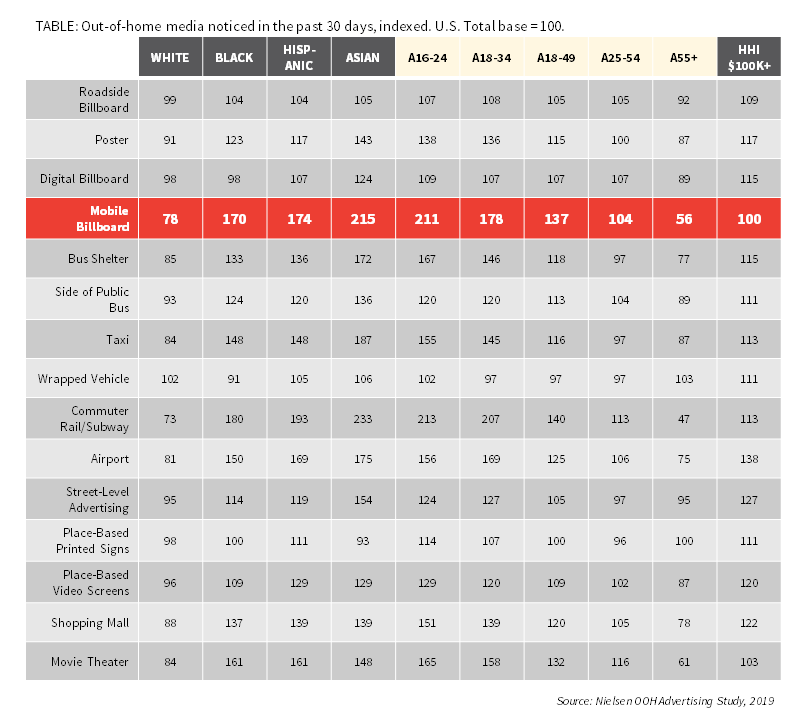 The media format continues to perform well, but it has a dedicated team to drive its success.

The do it outdoors media team is excellent at handling quick turnaround requests without sacrificing the product or campaign delivery. They are open to meeting client challenges and tight deadlines. They’ve built their reputation on trust, dependability and professionalism. 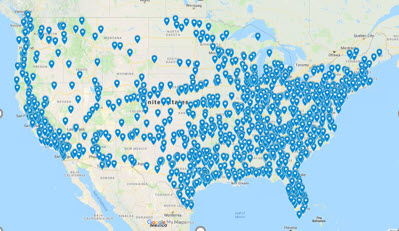 Since then, they’ve sent mobile billboards across the U.S. They’ve driven America’s best-loved brands, such as McDonald’s, Blue Moon, Bank of America and Sprint. They’ve been in small towns and big cities, targeting high traffic areas and areas where other OOH media is scarce. They’ve been to Super Bowl games, NASCAR races, MLB victory parades, CES and many more large events. They’ve promoted nearly 400 Ulta Beauty grand openings and have driven miles and miles for brands such as Metro by T-Mobile, Supercuts and Coors Light. In 2019, they’ve welcomed new brands such as Hims, Raising Cane’s, The Light Phone and Tito’s Vodka to their ever-growing roster of advertisers.

They’ve continued to stay relevant to changing markets, which has led them to another year in business. It’s how they roll, and how they will keep rolling for years to come.

About do it outdoors media

do it outdoors media is the largest national mobile billboard and field marketing company. Founded in 1997, they drive brands through a combination of physical and digital media formats, reaching a highly targeted audience at the right time in the right place. do it outdoors has executed campaigns for such brands as: Pepsi, PetSmart, Verizon Wireless, Ulta Beauty and Xfinity, to name a few. For more information, visit doitoutdoors.com.

OOH Today’s Podcast —Calling Your Own Balls and Strikes