Hickey, Herty and Jackson Lead the Judging for Best of Show 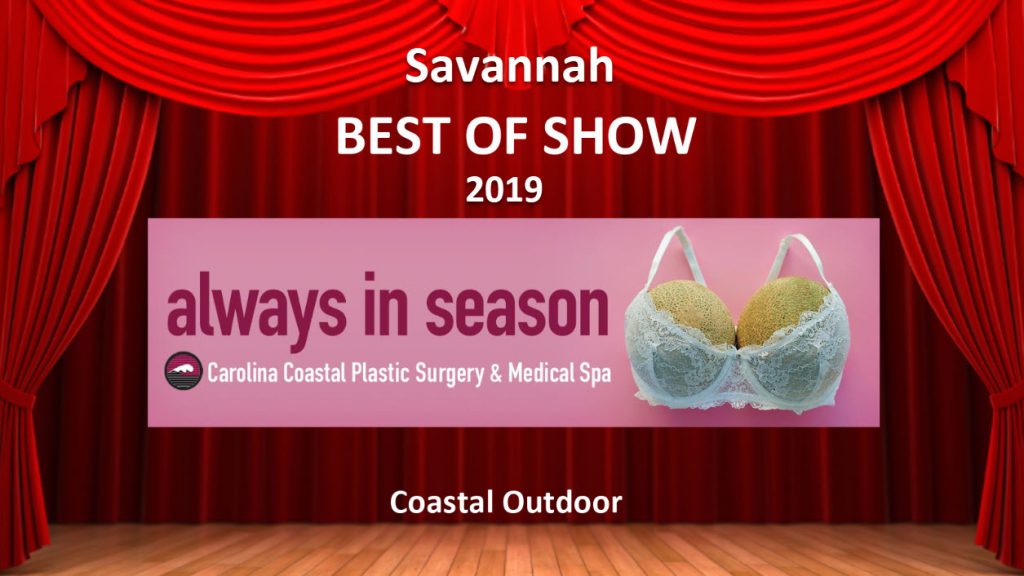 Call for Entries – The Indies 2019 Awards

We’ll be awarding Indies prizes at the Louisville conference for ads that ran during 2019.

No judge will have a vote on their own submission. If this comes up, we will recruit a tie-breaker judge for these situations.

We will have a cash prize for the Best of Show, in addition to a unique display award (plus braggin’ rights!). We’ll also recognize the Best in Category for the categories decided upon once all the entries are received. All the recipients will be flashed on the screens at the back of the meeting room from now until perpetuity so everyone can see the top dogs forever!

Number of Entries – 4:  Each Operator Associate may submit no more than three entries with one self-promo, a total of four.

Date of Display:  For each entry, give the approximate month and year the design was posted or displayed. You may select a display between the dates of January 1, 2019, through December 31, 2019.  (2020 prizes will be awarded at the Denver conference in May 2021.)

Medium:  Entries may be bulletin, poster, junior poster or digital.

Deadline: Entries must be received before midnight CST April, 1 2020.

Photo of Display:  Design and/or PoP files–either one will be acceptable.

File Format:  Files should be in either JPG or PDF format with at least 250 KB in file size and no more than 10mb in size for emailing purposes.

Design Origination:  Entries must have either been designed by in-house talent, or commissioned to have been created by the Operator Associate to be created by a third party designer. Designs that were created by national agencies or large corporate design processes are not eligible, in the spirit of being independent.

Designer Name:  Please submit the name of the person and firm that finalized the design submitted so we can recognize their talents as well.

Email To:  Submit digital copies of your entries with date ran and designer name to: kailee@IBOUSA.org

The judges will be: 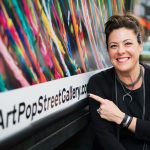 ArtPop Founder & Executive Director (a.k.a. The Fairy Art Mother)
Wendy Hickey started in the OOH industry as a local account executive with Adams Outdoor Advertising of Florence, SC in 1998. Promoted and relocated 5 times with Adams in multiple roles, local, regional and national sales, sales manager, general sales manager, general manager. Wendy also worked for a year with Orange Barrel Media in National Sales selling digital assets in Times Square.  Returned to Adams of Charlotte in 2012 and then the last 3 years of her career with RBX Media of Columbus, OH selling static and digital OOH in St. Louis, Columbus, Nashville and Philly.  Wendy has always had a passion for great creative as well as the arts and wanted to take that knowledge of a 22 year career in OOH and serve local artists.  After experimenting with serving local artists and featuring their art on available billboard space, Wendy founded the 501c3 nonprofit known as ArtPop Street Gallery in August of 2015.  On May 1, 2018, Wendy became the first ever staff at ArtPop Street Gallery. Living her hearts dream of blending a successful career in OOH with her passion for making art accessible and promoting local artists.  Wendy resides in Charlotte, NC, where she has lived for almost 8 years. She loves to travel, listen to live music and anything involving the arts. 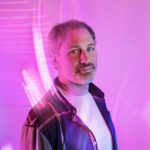 OUTFRONT Studios National Creative Director
Eddy has spent the last 10+years traveling the country to create award-winning campaigns. In addition to working with local, regional & national clients, he also speaks at industry-leading events including Infinity Film Festival and HOW Design Live. Herty has committed his career to helping businesses from various industries differentiate from their competitors in the Out of Home landscape. Eddy leads a team of 50 designers across the country and created OUTFRONT Studios as an in-house boutique creative agency for OUTFRONT. By helping establishing a creative-first environment, Eddy is committed to changing the perception of Out of Home with a consultative approach and dedication to craft that cuts through mediocrity in the world’s oldest advertising medium. Eddy is a LSU grad, father of five & New Orleans area native. 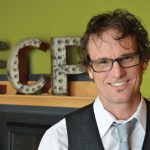 Extra Credit Project (EPC) Founder
Before launching ECP more than 13 years ago, Rob Jackson held various Art and Creative Director posts throughout the Midwest and in the southeastern United States, where he spearheaded a variety of successful and award winning campaigns, setting the groundwork for the agency. Jackson earned a B.F.A. in Illustration from Kendall College of Art and Design, and a M.A. in Advertising Design from Syracuse University, with extended studies at the School of Visual Arts in NYC. He has been mentored by the likes of creative legends Lou Dorfsman and Milton Glaser and honorably served in the Armed Forces as an illustrator for the U.S. Navy Sixth Fleet.  Awards include everything from Communication Arts to Cannes Lions. He is a six-time Obie winner and a 35-time Obie finalist, and he and his team have won more than 300 local, regional and national Addy awards, including numerous Judges Choices and six Best-in-Show. Although he would humbly argue he’s too young for it and just getting started, he was named the 2016 Silver Medal Award recipient by the American Advertising Federation of West Michigan for lifetime achievement in the industry. In 2019 at the annual Outdoor Advertising Association of America industry conference, Jackson was awarded the valued L. Ray Vahue Marketing Award of Merit, the industry’s top marketing award, for his continued dedication to the out of home industry. ECP clients have included Anheuser-Busch, Harper Collins, Ad Council, Michigan State University, Chemical Bank, Mary Free Bed Rehabilitation Hospital, United Way, Outdoor Advertising Association of America and the Will Rogers Motion Picture Pioneers Foundation, just to name a few.  Jackson has been a visiting professor in the graduate program at Syracuse University and adjunct professor at Kendall College of Art and Design in Grand Rapids. When he isn’t busy taking out the garbage, he can most likely be found on snow skis or a wake board chasing after his 16-year-old son, appropriately named Chase.

Questions:  Submit any questions you may have to Kailee Keller and she will communicate with the committee for clarification  kailee@IBOUSA.org   580-226-2234