You Like Cats? How about these Cats? We have Cat Billboards 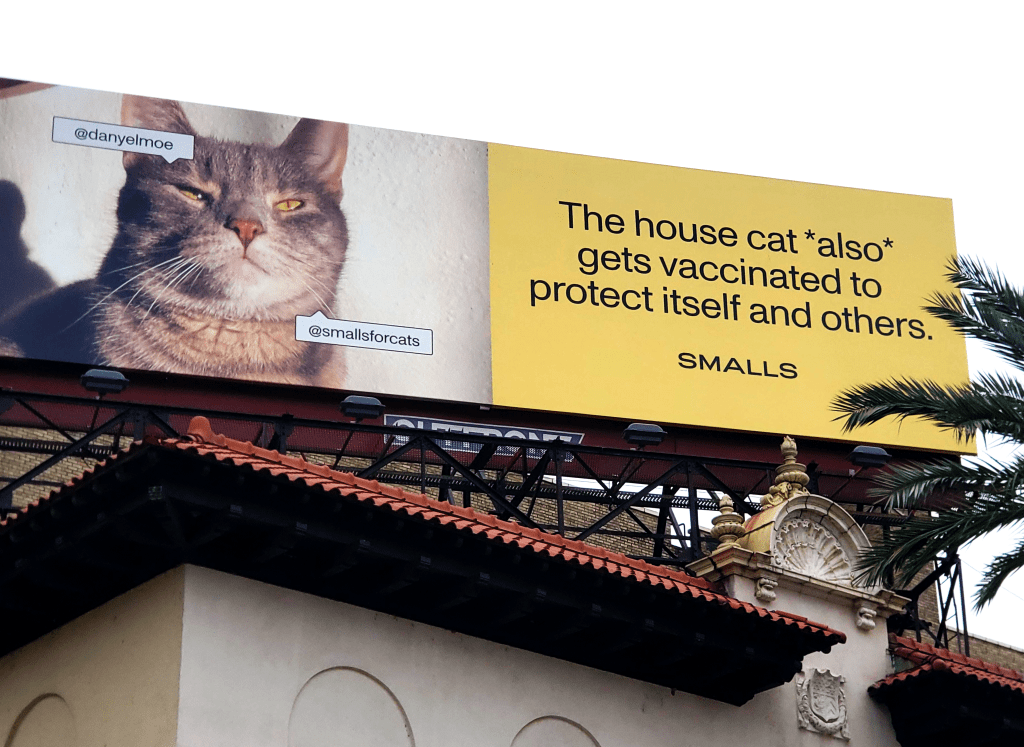 The human-grade cat food brand’s campaign will draw parallels between the current health requirements for cats and their at-risk owners using UGC content and clever copy. 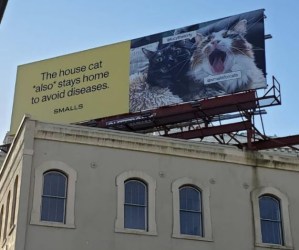 NEW YORK — Today, human-grade DTC cat food company, Smalls, known for
its in-depth focus on cat health and behavior, launches a PSA-based brand campaign urging us
to stay home, get vaccinated, and heed the same health advice veterinarians have given to pet
owners for decades.

Inspired by the long-standing star of social distancing — our cats — the campaign will combine
user-generated photos from Smalls customers with copy citing the similarities between current
health best-practices for humans mid-pandemic and those of our beloved house cats. Text will
feature suggestions such as, “The House Cat *Also* Stays Inside to Limit Exposure” and “The
House Cat *Also* Gets Vaccinated to Protect Itself and Others” . The campaign, which will run
organically on social and via digital advertisements, will also include an out-of-home advertising
component.

The out-of-home campaign will run in highly-trafficked New Orleans, Louisiana, which just
reached a new all-time hospitalization record and is seeing daily cases spike 7x higher than in
fall months. By posting these timely visual suggestions, Smalls hopes to showcase a light call to
action, nudging (outdoor) sidewalk passersby to stay indoors. While not all citizens have the
privilege to stay safely and comfortable inside, Smalls hopes to speak to those making the
elective decision not to do so. 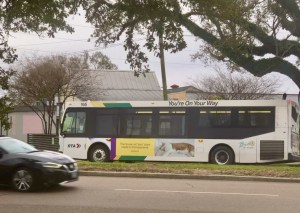 “If we’ve learned one thing from 2020, it’s that it no longer makes sense for brands to remain
‘apolitical’ — especially considering what’s deemed ‘political’ in our current society. (And yes,
that means even a brand that makes cat food.) We have a responsibility to use our platforms to
speak up about issues outside of what we’re selling. Staying home is not only important to us as
a team and to our loyal customers, but to the cats we serve — who have suffered from
increased abandonment due to COVID-induced financial and housing complications. We saw
this as a chance to take inspiration from the cats to which we cater, using light-hearted PSAs to
propound a graver message.” – Matt Michaelson, Co-founder and CEO of Smalls. 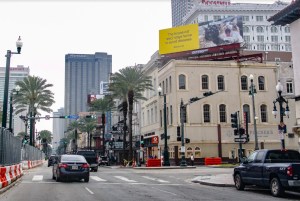 In tandem with the campaign, Smalls will launch a line of House Cat merch (for Humans)
— featuring an information-heavy tee outlining why cats who stay indoors live on average
15-years longer than cats who don’t (predominately the risk of disease exposure from other
cats), as well as a clever yarn ball candle and message-driven mug. Smalls hopes that this
small combination of fact-based education and laid-back relaxation merch helps highlight the
small silver-linings as we make the best of the current situation.

The campaign was concepted, creative directed, and written by Veronica del Rosario, who is
also credited with such controversial campaigns as Dame Products’ MTA submission in 2019
and Thinx’s pioneering subway campaign in 2015. 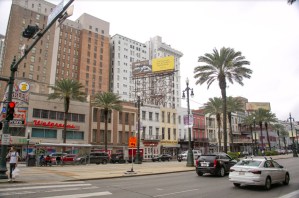 Smalls, which launched in 2017 and announced its $9M Series A financing round this past
August, was founded by Matt Michaelson and Calvin Bohn to improve the lives of cats and their
owners through research-informed innovation and biology-based recipes. Now, the remote team
of 32 (two thirds of whom were hired during the pandemic) fills an immense gap in the market by
not only educating cat owners about their own cat’s health, but providing the ~94 million US pet
cats with human-grade, fresh meals — offering an alternative to a slew of potential harmful
options.

Online cat food delivery experienced a 162% year-over-year growth from March 2019 to March
2020 — seeing a spike as pet adoption rose along with the pandemic. Smalls hopes that this
light-hearted PSA reminds humans just how aligned we are with our feline friends, and what we
have to learn from them in times of quarantine.

To learn more about Smalls or to sign up for your first delivery, visit: http://www.smalls.com .

OOH TODAY believes all voices, not just the loudest, must be heard 4356 posts 579 comments

Hear the ‘Grandmother of Juneteenth.’