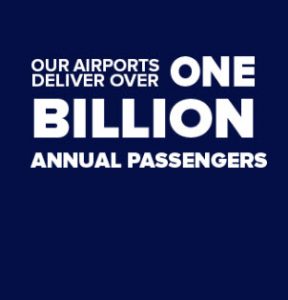 Clear Channel Airports was awarded a 3 year extended agreement with Omaha Airport Authority’s Eppley Airfield (OMA).  This agreement continues a relationship that began in 2009 when CCA invested nearly a half million dollars in deployment of first-to-market digital media to OMA.  CCA nearly doubled the annual revenue of the previous concessionaire during the course of contract term.

Among the 61 largest U.S. airports, Eppley ranked No. 17 in capacity growth in 2018, clocking a 7.3 percent rise from the previous year.

OMA’s new ad program with CCA will achieve a goal of providing an aesthetically pleasing environment that reflects contemporary advertising and optimizes space for marketing effectiveness and revenue generation. Some new program details include: