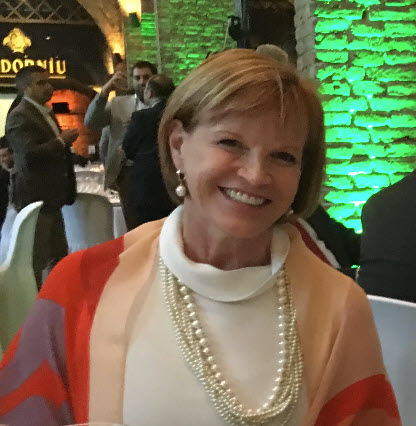 In what may have been the worst kept secret and least surprising Out of Home announcement to date for 2019,  the leader of the Outdoor Advertising Association of America is leaving the Industry Association at the end of the year.  Nancy Fletcher, President and CEO of OAAA, officially announced her retirement on Monday, February 4, in an OAAA press release following Sunday’s Super Bowl.  For those of you who were nursing your Super Bowl hangover yesterday and back at it today, let us be the first to share the news.

This was the official announcement⇒ Nancy Fletcher, OAAA President and CEO, to Retire.

Unofficially, to no surprise to anyone who attended last year’s OOH conference in Austin, the rumored news  of Fletcher’s retirement was well circulated after she announced it to the 30 member OAAA Board of Directors on May the 7th last year.  Though a date was not given at that time,  2019 was. With that many keepers of the flame, it didn’t take long for the ‘unofficial announcement’ to spill out among the Austin Conference attendees. OOH Today’s insider board member shared the news over a bourbon that same evening providing us with details.

Soon after, OOH Today shared with OAAA we were breaking the news. We were asked to ‘hold the story’ until Nancy was ready to officially announce. We kept our word and commitment.

Moving In—
So who’s going to succeed?

We are aware of a handful of candidates who have been interviewed and some who have declined interviews. Those individuals, who for obvious reasons are not willing to confirm their meeting for consideration of filling the large shoes of Fletcher, are part of a list of candidates OOH Today has put together, along with candidates which have been suggested to us by Industry leaders. Since we have zero intention of harming anyone’s current career position, we are pooling all the ‘names ‘ into one ‘speculative’ list so there can be no revelation of the actual status of any single individual.

Let’s look at OOH Today’s speculative successors for retiring OAAA President/CEO, Nancy Fletcher.
If you have a solid candidate who should be considered, add them to our comments below or send to BillBoard@OOHToday.com

Listed in no particular order.