Was ‘Jaws’ the Inspiration for Discovery’s Shark Week? 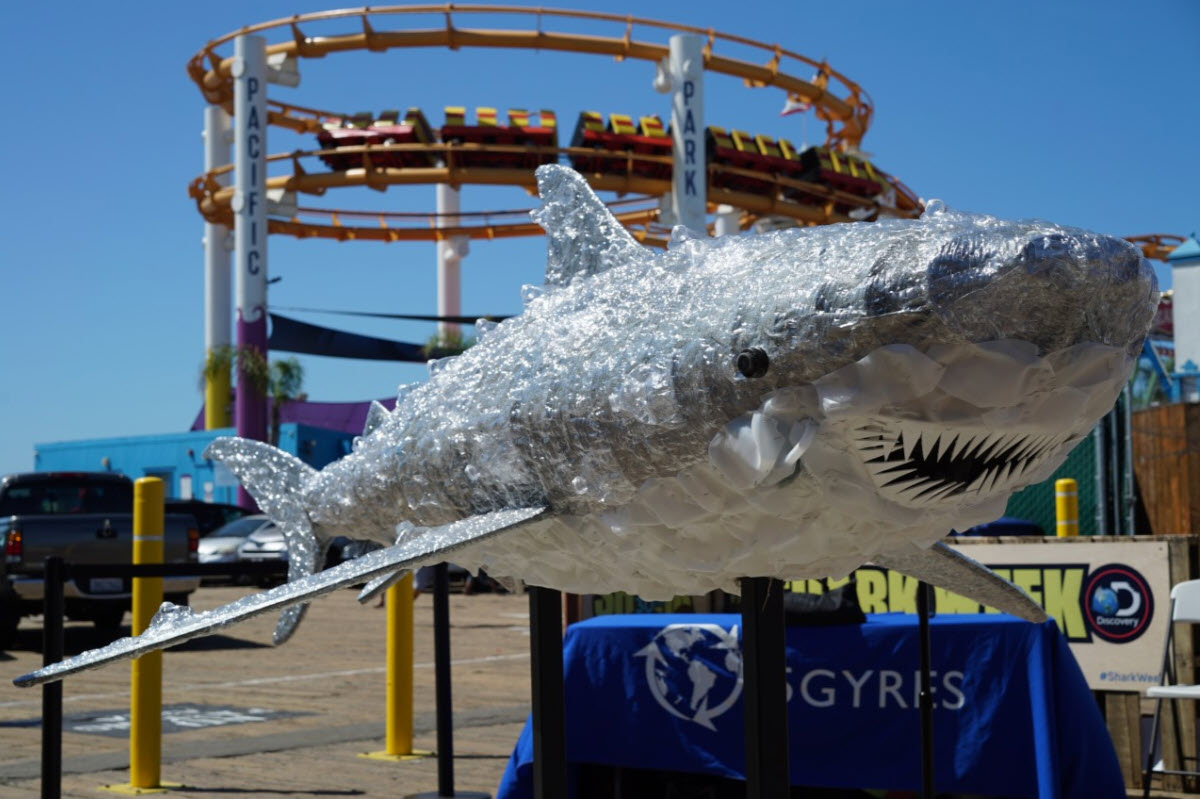 A lot of dough which used to go to traditional OOH, is finding its way to Experiential OOH or Experiential Marketing.

Discovery tagged BCXP, and managing director Robin Potash, who was past President of Awestruck Marketing Group, and Lori Brabant, to work with them in creating what Robin and Lori does best.  BCXP is the experiential division of creative agency Berlin Cameron.

Ever since the 1975 blockbuster movie thriller, ‘Jaws,’ our fascination with the Shark has not stopped. ‘Jaws’ the movie, was a masterpiece in capturing social terror. That was over 43 years ago. Now the attempt to capture social terror with stories of sharks is as popular as ever and Discovery Channel has the right marketing practices to hook its audience and spread viral social terror via Social Media.

Discovery through BCXP, took over the Central Plaza at the infamous Santa Monica Pier for Shark Week with some clever and inspiring hands on shark art installations.  Using recycled materials to create the sharks, the dual mission to raise awareness of the earth’s ocean, added unique creative executions of  ‘shark sculptures’

Obsess Over the Right Data Then Execute Relevant Creative Content

Is it a Sexist Body-Shaming Billboard in Times Square?