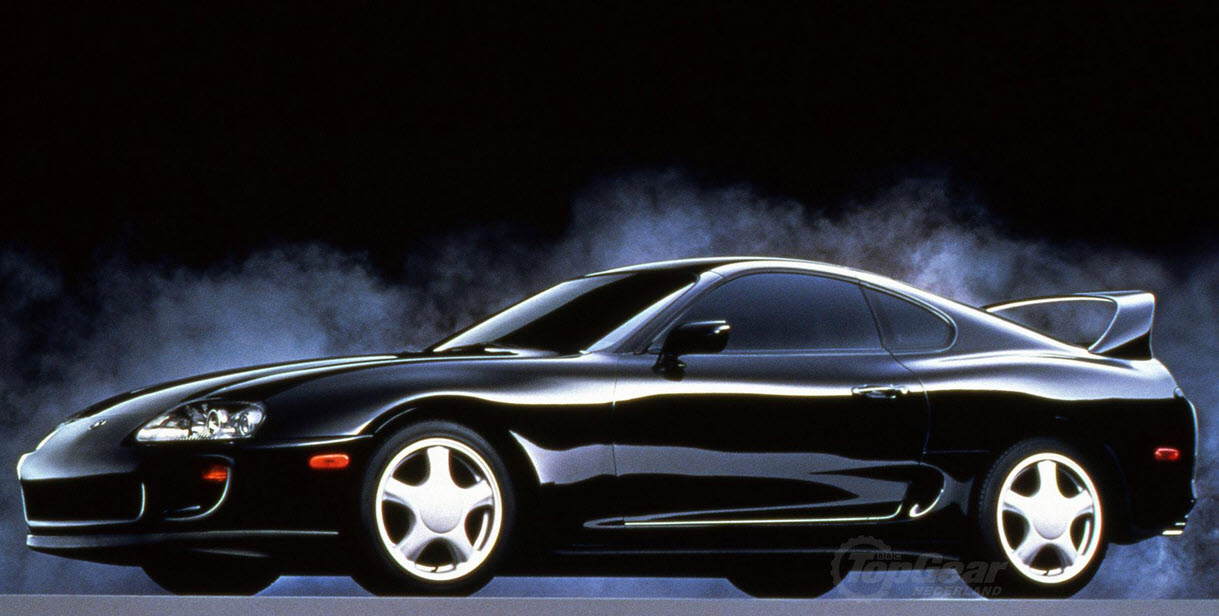 A recent article in ‘The Drive’, a Clear Channel billboard was singled out in San Francisco on the 101. The display was receiving a vinyl change out and the base, what appears to be a wood face, was exposed. The old ad survived, displaying a 27 year old message for the 1993 Toyota Supra. It was a handed painted image of the Supra back in the day. No doubt the last painted face for this location before going to vinyls or skins.

It’s a classic car and a classic hand paint, clearly by someone of pictorial artist skill set. The photo at the top, provided by the company for the painter to follow and the photo of the billboard, even though its 27 years old, demonstrates the stellar example of the quality and skill by the best billboard artists in the day.

It’s survival is a bit rare, as typically images over the years have been ‘coated out’ with white or black paint. This survived and according to the article, was in better condition than the camera revealed due to the reflection of the sunlight.

What’s under your skins?

Anything worth sharing? We are afraid most we have seen are faded, peeling or pieced together sections which are not so nice an image. Do you have any similar classic ads which have been exposed between vinyl change out you can share? Please send us your photos to billboard@oohtoday.com

Here’s a google photo of the location.

For Salespeople in OOH

Here are the Top OOH Spenders in the Chicago DMA