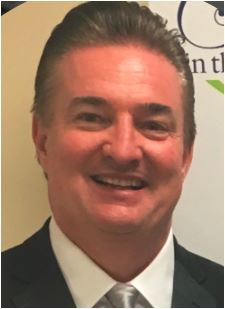 Tony Cioffi and Team Adams-Pennsylvania, were decidedly ‘first on the street’ with congratulatory messages “Good Boys” bulletins demonstrating the OOH companies good planning and support for the Eagles.

Cioffi is the Pennsylvania General Manager at Adams Outdoor Advertising and 28 year veteran of Out of Home Industry.  He spoke with his local news station, WFMZ 69 News in the Leigh Valley where he manages the Adams owned market.  See Tony’s the interview here⇒Super Bowl Ads local impact on OOH

Tony’s primary message?  “Everybody benefits when your local team is in the Big Game!”

Cioffi continues saying, “76 percent of people looking at ads as entertainment, not rooting for the Eagles or Patriots on Sunday, watching because they want to be entertained.”  He says what’s viewed Sunday will set the stage for what will catch your eye throughout the year locally.

“Someone spending $7 million to launch a product like Lexus means there will be a lot of local regional money for that Lexus product.”  Tony says ‘proposals for his outdoor advertising in Leigh Valley have more than doubled in the past three weeks as the Eagles have made their run to the Super Bowl.’

Now that the Eagles won the Super Bowl, OOH Today wonders if the victory has a further positive effect on Adams’ revenues.  We’ll check in with Tony to see.

Check out the table below which lists the Advertisers and the Agencies responsible for the television commercials in last nights game.