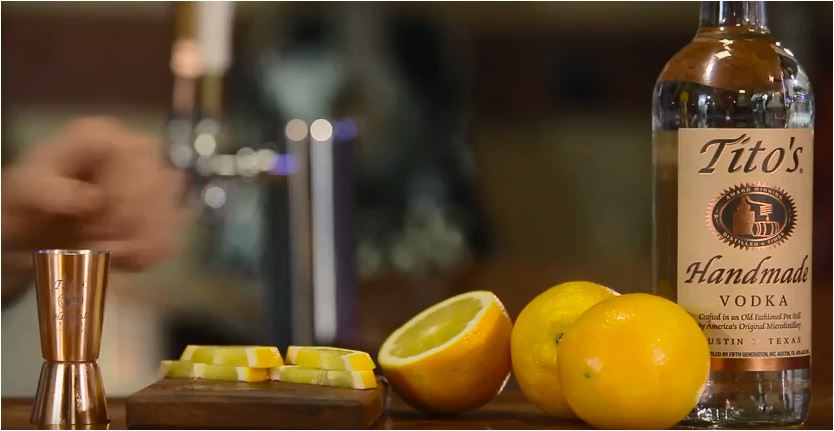 will be taking the stage in the JW Marriott’s, Lone Star Ball Room, as one of the first speakers kicking off the General Session at the 2018 Geopath/OAAA Out of Home Conference (GO2018). The Outdoor Advertising annual event takes place May 7–9 in Austin, Texas.

Ms Portwood, is scheduled Tuesday, May 8 for the morning session, which gets underway at 8:30 AM. She will share how Out of Home fits in Tito’s marketing strategy, success stories and creative executions with Outdoor Advertising.

Here is something Ms Portwood stated, which you may consider preparing for:
she is “really interested to see if there are some (OOH) success stories out there that used limited resources to break through.”  OOH Today recommends you prepare to answer with your own great break through solutions.  More on that in a separate post.  We know of at least two OOH Buying Agency Presidents who only drink Tito’s and would love to place their business.  Here’s your opportunity.

Portwood said she is “really interested to see if there are some (OOH) success stories out there that used limited resources to break through.”

Tito’s has a bus.

Check it out. #titosbus  Looks like great fun!
Maybe we can persuade Nicole to bring the bus by for a brief tour, fully stocked of course.  Who are better influencers in all media than the talented people of Outdoor Advertising? For the record, the bus is NOT scheduled for an appearance. 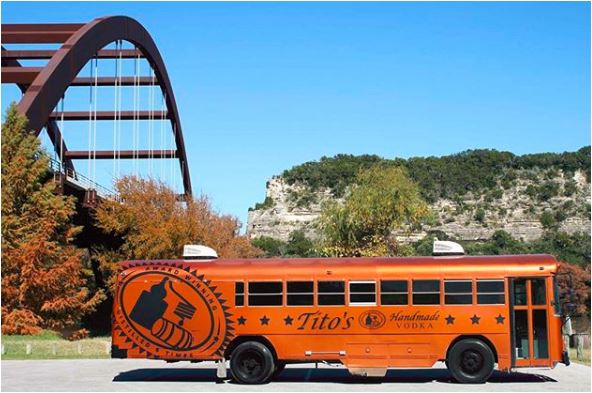 Have your Tito’s Screwdrivers and Blood Mary’s with you for the start of the session. 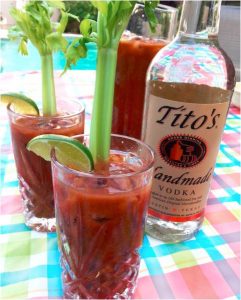 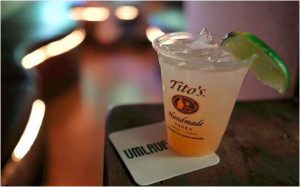 Learn why Tito’s Handmade Vodka, makes OOH an essential component of their marketing plans on Tuesday, May 8 in the morning session starting at 8:30 AM at GO2018 in Austin, Texas.
Click the conference schedule link.

Tell us a little about Tito’s Handmade Vodka.

Tito’s Handmade Vodka is a corn-based, naturally gluten-free vodka made in Austin, Texas. The company is the realization of one man’s entrepreneurial dream. Tito’s is available in all 50 states and about 125 countries outside of the United States, to varying degrees. But you can also find Tito’s in duty-free shops in airports around the world.

Can you talk a little about your marketing philosophy for the brand?

If I had to sum up our marketing approach, I would just say, “We love everyone.” That’s really the best way to explain how we communicate with our fans and how we embrace them. A big question I always get asked is why don’t we have flavored vodkas. The answer is that we don’t want to put things into the bottle that Tito didn’t want there in the first place, like sugars, stabilizers and things you have to add to make flavored vodka. For us, we just make great vodka, and however you want to drink it is totally up to you. When we provide cocktail recipes and things, we keep them simple, because we really just want people to enjoy themselves. Our philosophy is: we make great vodka, and if you want to come hang out with us, you’re invited.

I would say OOH is a big part of what we do.

How does out-of-home fit into your marketing strategy and approach?

OOH is a huge part of our marketing strategy and tactics. It all started about five or six years ago when we began working across the country to increase visibility in markets where our distributors were becoming active. Our business works in a three-tier system – we’re the supplier that manufactures the goods, and then we have a distributor network that distributes and sells to the retailer, which can be either a liquor store or a bar or restaurant, which then sells to the consumers. So there are a lot of places to go between us and actually getting the vodka to our fans. In working with local distributors and trying to leverage what we were doing in local markets to gain greater visibility, billboards became a really important part of that mix. We use them in conjunction with radio in a lot of markets to supplement the storytelling piece with visuals. So, I would say OOH is a big part of what we do.

At the Super Bowl, transit plus traditional out-of-home worked together to give us high visibility

Do you have any success stories you could share regarding your deployment of an out-of-home campaign?

At the Super Bowl this past year, we were able to secure a board literally right in front of U.S. Bank Stadium and run football-themed creative, making it feel almost as though we were welcoming guests to the stadium during the big game. As a supplement to that, we also wrapped trains across the city. Obviously, we don’t have the resources to be an official partner in any capacity with the big game, but the transit plus traditional out-of-home worked together to give us high visibility in a market that’s hard to come by with our level of resources.

Can you preview what you intend to share with the audience at the conference in May?

In addition to the Super Bowl story, I’ll also be sharing some of the creative stuff that we’ve done around murals, and how we’ve localized those efforts in markets like Chicago, New York, San Diego and Miami. I’ll also show a little bit of the evolution of our billboard creative.

Is there anything that, as an attendee, you’re hoping to glean from the conference?

I’m looking forward to seeing the creative ways people are using out-of-home, particularly those that are using it with more limited resources. Traditionally, a lot of the breakout executions I’ve seen have been so expensive, with such a limited lifespan, that they’ve been very much out of our reach. I’m really interested to see if there are some success stories out there that used limited resources to break through.

As a marketer in general, what are your general thoughts on out-of-home as a medium?

I think OOH has the potential to stop people in their tracks and delight them. We’re seeing more and more of that as owners of spaces and sales teams get more creative. I think that consumers on the whole, regardless of medium, are certainly open to advertising messages, but those advertising messages need to somehow delight or bring utility to their lives. Out-of-home is uniquely positioned to do that. We’re big fans of digital billboards. I think that there’s a lot of interesting work going on in digitizing the billboard inventory out there, not only with rotating static creative but in giving advertisers the opportunity to run short video loops and incorporate user-generated content in real time. Oftentimes, OOH is thought of as an older, staid kind of medium because people only consider those static 14 x 48s. But there is a lot of exciting work going on there, and we’re definitely keeping an eye on the future and planning to continue including the medium in our mix.