The Rise of Crowdfunded OOH Campaigns 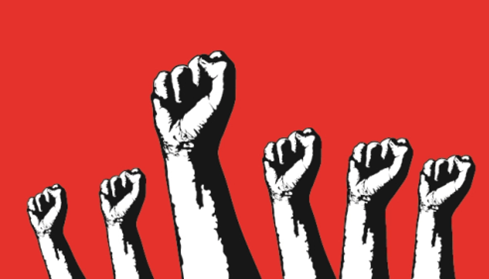 The Rise of Crowdfunded OOH Campaigns

The past two years have been an undeniably rich period for activism – in many ways, the last 15 months have been defined by it. A combination of a tumultuous political era, social uprisings, and a realignment of priorities due to the pandemic has given birth to some intense calls for change.

The large majority of the conversations are sparked and spread online, but how the movements are amplified to broader audiences can take different forms. One of these is crowdfunded Out-of-Home (OOH) campaigns. For context, crowdfunding occurs when many people, sometimes thousands or even hundreds of thousands, finance a campaign, rather than relying on one or two major investors. The examples below show how this practice has come to life during several  well-recognized moments in culture. 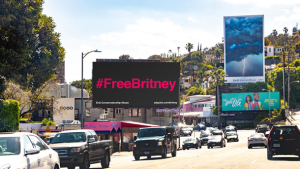 The #FreeBrittany movement was started in 2009 for the world-renowned American pop star, Britany Spears by her longtime fans. The campaign is meant to draw attention to the struggle of the singer to win her financial freedom and be released from the conservatorship of her father.

AdQuick, an advertising agency based in Los Angeles, created a crowdfunded campaign, including a large OOH component, to spread awareness of the hashtag. Using donations to purchase 5 billboards and 1 wallscape, the campaign garnered a whopping 9,159,916 impressions over a 4-week period.  The success in LA means more money can be used to buy more placements in other cities, sparking discussions across the country and placing added pressure on those in charge to end the restrictions governing her life.

According to the New York Times, Black Lives Matter has been the largest social movement in the history of the country. The protests reached half a million people in nearly 550 places across the United States. A small example of how this manifested in an OOH crowdsourcing campaign, the people of Pendleton, Oregon raised $1,200 in 24 hours to rent a billboard. contributing to the larger movement.

The board, displaying the BLM phrase was used as a unifying message to convey a sense of solidarity with the nationwide protest movement against police brutality and systemic racism.

In 2018, For Freedoms, an artist-led not-profit, and Kickstarter, presented the largest creative collaboration in the U.S, launching fifty-two crowdfunding billboards for a US-wide public art project that aimed to bring together art and civic engagement. An ongoing goal of the effort is to make art part of the public discourse and to empower people to take part in important civic conversations. This creative initiative was led by Hank Willis Thomas and Eric Gottesman, For Freedoms and Kickstarter supporters worked from coast to coast to install artwork along some of the busiest roads in 50 U.S. states, Puerto Rico, and Washington, D.C. 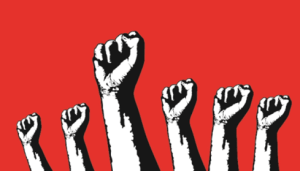 There is no doubt we are living in an unprecedented era of social advocacy. This presents some unique opportunities to make use of the wide-reaching OOH medium as a way of  calling on crowds – not just to educate themselves, but to help fund initiatives. In other words, an outlet more commonly used for advertising products and services is now being transformed into a megaphone for some of this country’s toughest conversations.

Help us Help You by keeping the only Independent Voice for OOH.
If you read OOH Today via LinkedIn, thank you To ensure you never miss a post
and keep unconstrained speech for the OOH/Billboard Industry,
please click here to ⇒Subscribe to OOH Today

Call Me the Breeze