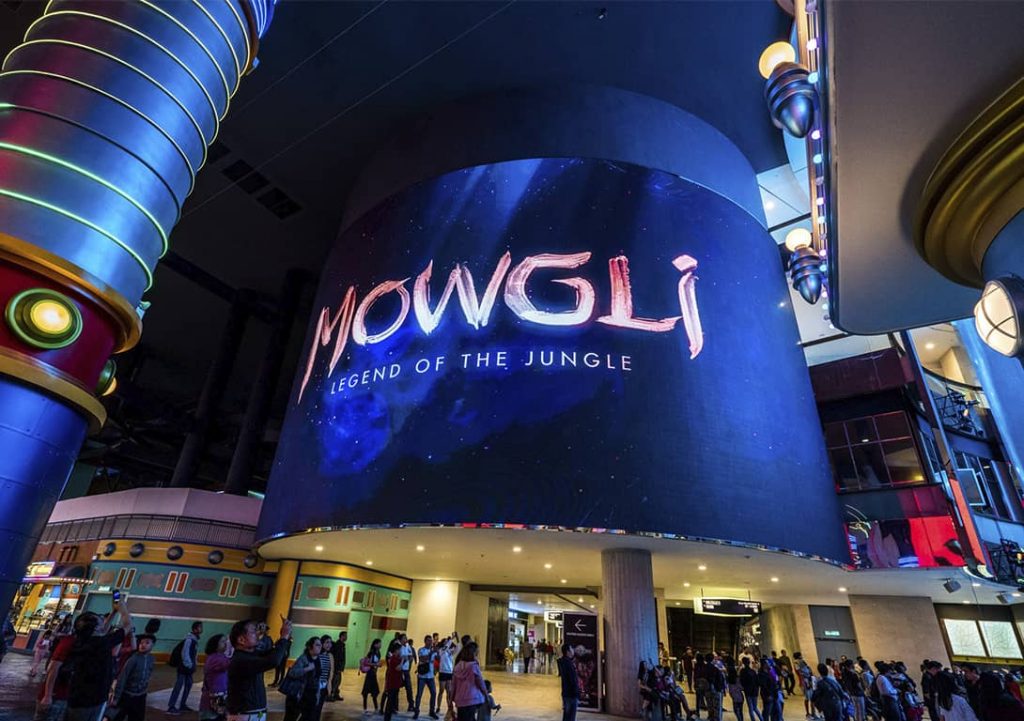 The first event was ‘The Media Post DOOH Awards’ held immediately after the day long Video Everywhere Summit by the DPAA in New York.  The cocktail hour ‘show’ announced the winners of best DOOH for 2019. Check out the photos from the event ⇒here.

Mowgli SkySymphony LightShow by THIS IS TOMMY LTD for Netflix

⋅Entertainment: The end of the world billboards by Grand Visual  for Amazon Prime Video

⋅Best Integration with Traditional and/or Digital Media
SHE IS COMING by MilkMoney, Inc. for Miley Cyrus
⋅Mall
Mowgli SkySymphony LightShow by THIS IS TOMMY LTD  for Netflix
⋅Transit: Airplane/Train/Bus/Subway/Taxi
Apollo 11 by EightBar Collective  for IBM
⋅Wildcard
Elevate Your Career by Mindshare  for Mindshare

The second event was across the Atlantic at Ocean Outdoor’s 10th Annual Digital Creative Competition. This event took place at London’s IMAX and had a total of 142 entries judged by a panel of 18 advertising industry experts.

⋅The Top Brand prize went to Engine with ‘Sniper,’ a recruitment campaign for the Royal Navy