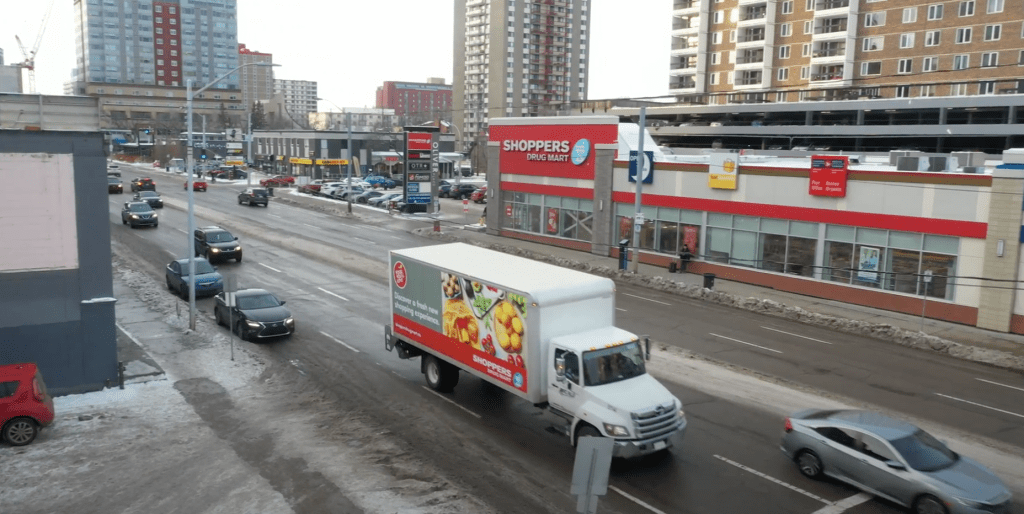 Now more than ever, companies are embracing the one-stop shop approach to entice consumers. This is especially true at a time when shopping in-person for those essential items feels extra stressful. With health advisers encouraging people to limit their trips, being able to offer the convenience of groceries, personal-care items and medication in one location is a huge plus. Businesses are quickly rising to the need to find new ways to meet consumers where they are. With this in mind, Shoppers Drug Mart recently created a fresh food section in select stores, extending their already wide range of offerings and services, and helping to further bolster their image as a go-to stop for groceries.

Shoppers Drug Mart is one of the m

ost recognized and trusted names in Canadian retailing, with approximately 1,300 pharmacies operating in prime locations. Their vision is, “to be the leader in helping Canadians discover a healthier outlook on life”. With the ever-changing demands in the market, they have consistently adapted by introducing new categories to meet consumer’s needs. Years ago, they took a chance when they added beauty products, cosmetics, skin care, and hair products to their stores anticipating a need for well-priced beauty products in convenient locations. As a result, they are now one of Canada’s leaders in this area.

Similarly, Shoppers Drug Mart found potential in adding fresh produce to their store locations. As a Loblaws company, they felt customers could shop with confidence knowing that their produce is from a trusted source. But they still needed an effective way to promote the new sections – during a time when consumers’ patterns of movement were shifting. They found their answer in Movia, a high-impact mobile billboard company with a unique ability to adapt and respond quickly to these consumer shifts.

Partnering with Movia, Shoppers Drug Mart, and their agency, Dentsu, launched a timely truck-side advertising campaign in Calgary and Edmonton. News of their new food section was brought to potential customers – whether they were walking around, commuting, or at home. With five truck-side ads driving the news efficiently around the relevant locations, the campaign racked up the right eyeballs over it’s five-week run.   See the video of the campaign in action below ⇓

Utilizing Movia’s beacon technology, the mobile ads were brought right to the stores that offered the new sections, encouraging people to check them out for themselves inside. The ads could also be seen in front of competing stores, like London Drugs and Walmart, giving potential customers a good reason to choose Shoppers for their next trip.

Moreover, with a large percentage of the population staying at home due to the pandemic, Movia’s hyper-targeted truck-side ads made it easy to target residential areas that are otherwise difficult to reach.

In taking their message mobile, the campaign garnered 10 million impressions, most of which were delivered at exactly the time consumers were making their decision about where to shop. Together, Shoppers Drug Mart and Movia found a fresh way to deliver some fresh news – during a challenging time to reach consumers.  See the case study summary of the Shoppers Drug Mart Movia campaign

OOH TODAY believes all voices, not just the loudest, must be heard 3196 posts 497 comments

Cast Your Vote for the 2021 OBIE Hall of Fame Inductee

Bad Bad Passwords —Warning: This OOH has SALTY Language —Open and Read at your own…