For today’s GeekOUT Fast Fact, let’s take a look at the market home to the fastest growing city in California – the Sacramento DMA.

Sacramento is California’s capital city, but did you know that it is the 6th city to be designated the state capital? It has actually been the capital city on two separate occasions. The city has a unique history and layout, built upon an extensive system of tunnels. This tunnel network was put in place to help handle flooding within the city.

For decades, this capital city has been considered to have the second-highest number of trees per capita, behind Paris. However, recent studies from MIT have shown that Sacramento is in fact the leading city globally in trees per capita. The city is also home to Blue Diamond, the largest almond processing plant in the world. On its busiest days, it can process 12 million pounds of almonds!

According to Geopath Insights, there are more than 4,600 spots measured by Geopath within the Sacramento market, which generate over 580 million impressions each week! Additionally, this market has a population of 4.4 million, and over 40% of all commuting trips within the DMA take 30 minutes or more. 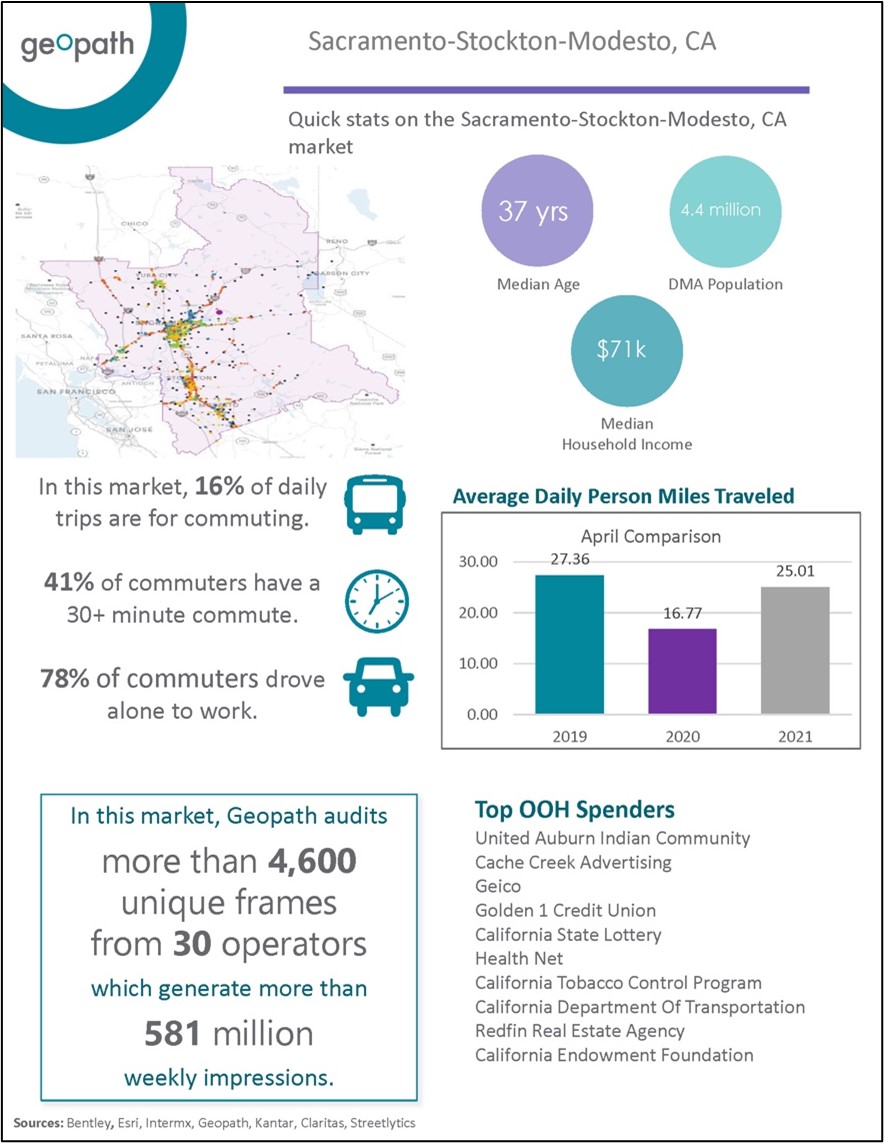 For more insights on the Sacramento DMA, please see our 2021 DMA infographic below. 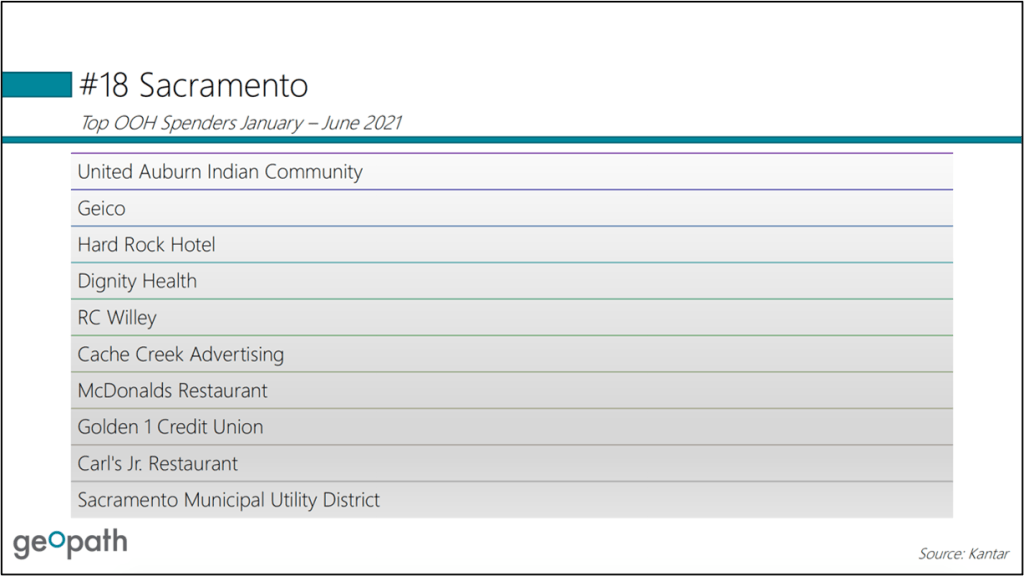 Next, let’s look at who is spending in OOH within the DMA for January – June of 2021.

There is a fair mix of different advertisers and industries represented in the top OOH spenders in the Sacramento DMA. Large national chains like Geico, McDonald’s, and Carl’s Jr. appear in this group, but there are also several local and regional advertisers making use of OOH in this market.

Geopath has compiled OOH advertising spend data for January through June of 2021 sourced from Kantar for the DMA, as well infographics for this and all 200+ DMAs across the country. Both the OOH spending reports, and DMA Infographics can be accessed by Geopath members in our geekOUT Library. If you are not currently a Geopath member, please reach out to us on geekout@geopath.org to find out how you can access this information.