It's My Time Now

Let’s take a survey. It’s an easy one since most of you are in OOH media and we like easy. It’s either A or B, one or another and you can’t have both. So relax and answer the question:

If you had a choice as a sales person, because let’s face it, you are the most important cog in the OOH revenue wheel, to have an unlimited amount of traditional, what we still call billboards, all over the United States, vs. what we have now which is a combination of traditional billboards and a growing amount of what we call non-traditional OOH products, which do you go with? What’s your call? 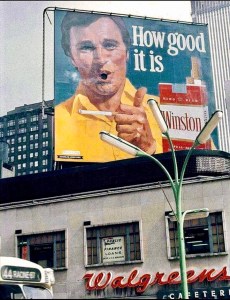 It’s not as easy as you think. Imagine if the majority of OOH advertising had no limitations and restrictions, meaning you could do unlimited billboards and unlimited basic transit products. Probably 10x the amount of billboards in the United States in places that haven’t seen products since the mid-1960s. In the middle of major downtowns, on the rooftops, on the side of barns, all over highways, local streets anywhere you drive your car. All sorts of sizes too, again no to the restrictions. With lots of big OOH companies too, not just the top 10 that dominate now.

But that’s it. Don’t be greedy. 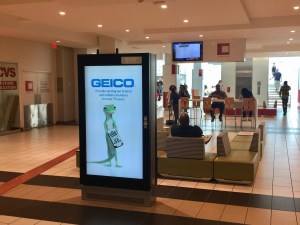 OK, transit would still be around because that’s been around forever. So would your teenie-weenie taxi tops. But that’s it, no pudding for you.

All the products that replaced all these billboards due to zoning regulations and the national beautification act from the mid 1950’s would not be around. Zilch. You really wouldn’t need them since you were covering everywhere cars went. Cars getting to their destination always need streets, highways and interstates. And if they’re covered by billboards you don’t need gas station TV’s, don’t need video screens in the malls, don’t need all that airport advertising, don’t need cups with logos on them, don’t need fortune cookie ads, wouldn’t need advertising on your dry cleaning hangers, absolutely no grocery store TV, no nauseating video screens inside your Uber, no boats with fancy digital screens cruising up and down the beaches, nada on those in-store window digital panels that face the sidewalks, no elevator monitors with sound showing 24/7 news, and whew, definitely no scary TV’s playing ESPN inside the men’s room bathroom mirrors. Talk about intrusive, hey what are you looking at buddy?

Because all these cool new products that are around now would not be needed, they’d all be duplicating what’s on the street. Anywhere we go in America we drive, or God forbid, we take public transportation, and we would see plenty of billboards and transit ads all day and all night. In the city, in the country. We would be overloaded. And because there are so many billboards they would cost far less than they do right now. Indoor screens? Forgetaboutit. 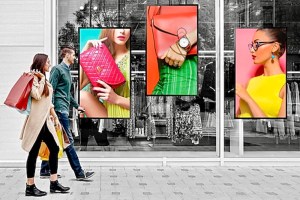 Think Blade Runner without all the floating digitals. A constant visual buffet of ads.

So pick your poison. Billboards everywhere where they definitely would pollute your line of sight all day long, but lots of inventory to sell all over da joint. Gaps? There’s no stinkin’ gaps. Billboards galore, baby.

Or, do as we do now, strong limits on where and what sizes of billboards can go up, continue to explore all the new ways to reach consumers, branching out into high tech digital formats as small as your phone to as big as a stadium wall. If there’s a space that doesn’t conflict with the beautification act of 1965, we will find room to put a product on and sell space. Light it up!

Those are your options. One or the other.

Unfortunately, the choice is already been made for us. But wouldn’t it be cool to at least take a vote?

Nick Coston is an Independent Media Buyer and OOH Agent.

Help us Help You by keeping the only Independent Voice for OOH.
Please click here to ⇒Subscribe to OOH Today

Bringing the Studios to an Asset Near You!