It’s been two whole years since one of the traditional OOH media summits has been held in NYC. That’s 730 days. Although there are times it seems like yesterday, two years is a long time in between being able to see valued work colleagues in person, be able to shake hands with them, be able to hug them and be able to give them high-fives.

Thanks to the perseverance of the DPAA and their unabashed fearless leader, Barry Frey, well over 600 OOH media folks got to do just that. To their credit they kept the lobby areas and the outside patios and decks by the scenic Hudson open along with available beverages and snacks through the whole day. At one point there were way more people enjoying the lively art of conversation and catching up with an old friend or a new contact, not even paying attention to the fact that there were speakers in the auditorium. 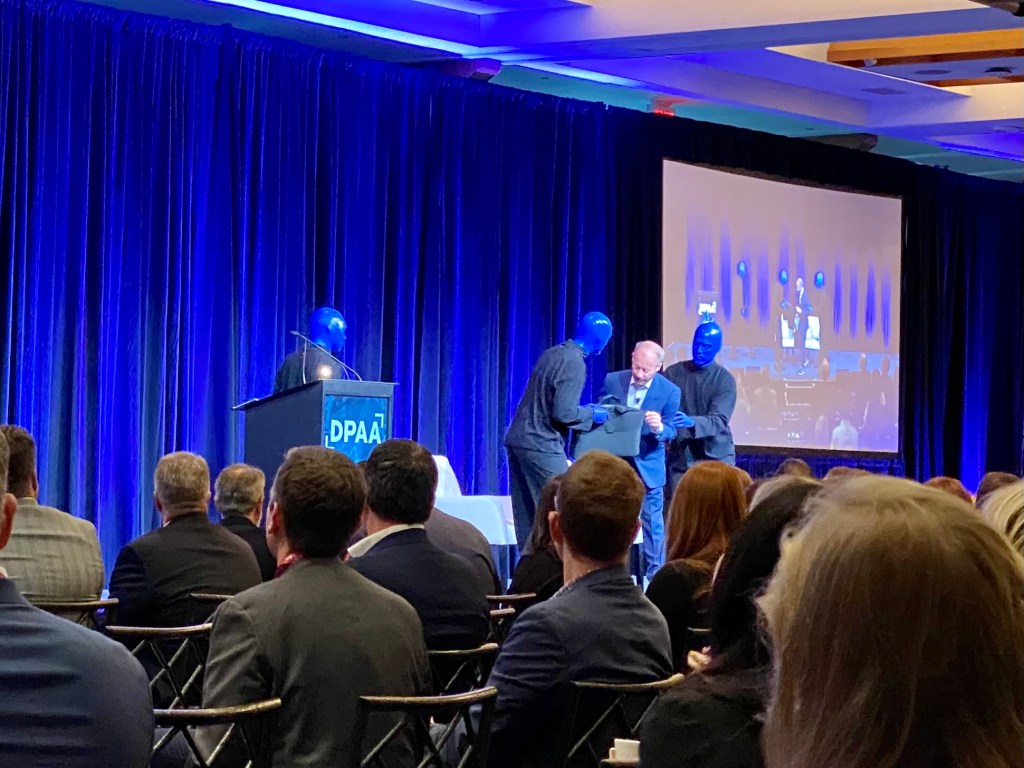 That’s how excited this group was to get together and see one another.

It was also wonderful mix of old-school OOH companies and a few new digital display and tech companies that weren’t around two years ago. People were laughing, enjoying an early cocktail hour, sharing business cards and making new contacts.

Which leads me back to Pete’s mom.

You see, more than two years ago, at one of the better and more fun Digital Signage Expo’s, a good friend and colleague of ours brought his mother to Las Vegas to enjoy all that Sin City has to offer during the convention, as he was coming out for work. At first none of us believed him that he brought his mom to Las Vegas but there she was, a wonderful woman who was all of my age and hung out with us at the circle bar in the Wynn Hotel. You can tell how proud she was of her young son who was popular, smart and entertaining everybody. Conversely her young son was very proud of his mother, introducing her to all of us. I for one was a big fan of this having lost our mother five years earlier. You see, our mom, the day my brother and I were coming to Las Vegas for a convention and a little bit of vacation, 2013, decided the night before we were leaving that she too would like to come with us. She hadn’t been to Vegas in 30 years but she was an extremely young and athletic 79-year-old who would’ve loved to join her sons and just see the sights, maybe catch a show, play some slots.

We probably should have pushed it because the next day she said, “oh that’s OK it’s too late to plan something like this and who watch my house” and all the things 79-year-old mom’s worry about when they leave their home. So off we went leaving mom in her big tutor home on the southside of Chicago while we flew off to Las Vegas. We did decide that on our next trip we would definitely take her with and plan it out with a little more lead time.

A time would never come.

A year later she took ill and passed away at age 80. We never got to take our mom to Las Vegas. 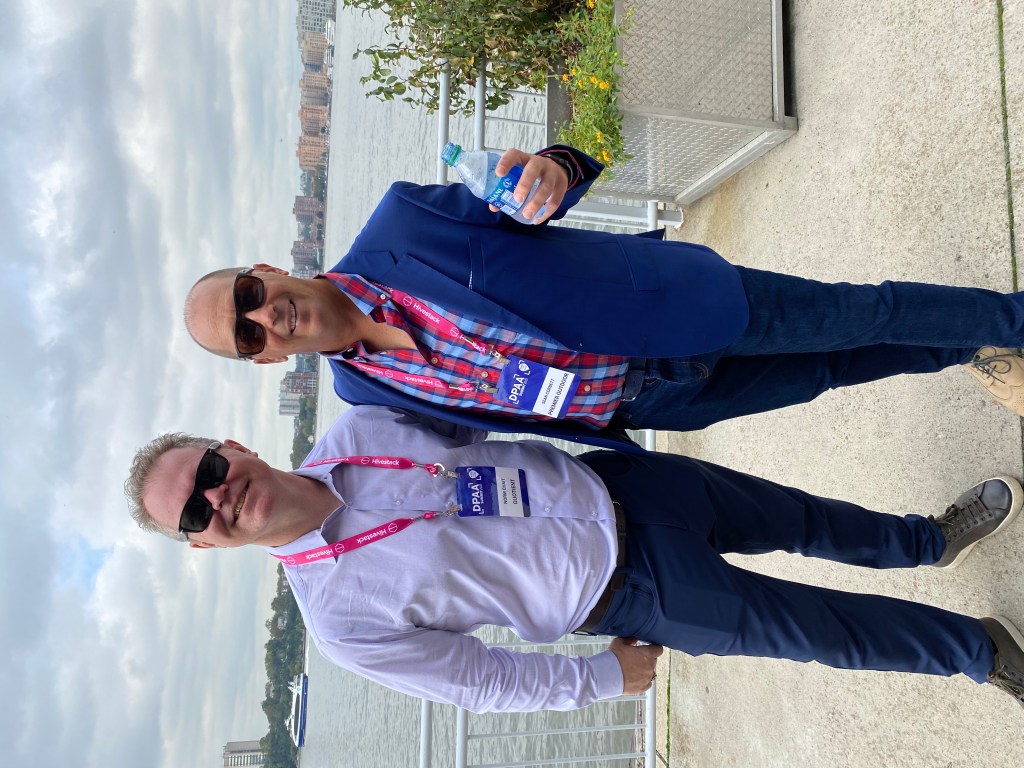 The OOH industry is full of wonderful characters with terrific stories. After meetings and seminars we like to hang out and spin tales of all the different billboard companies and manufactures that we worked for, people we work with and places we got fired from. Not very different from today. Thankfully, we picked up where we left off to years ago. In fact, today’s event was even more social than DPAA’s of years past. I really couldn’t even tell you who the speakers were because I was too busy saying hello, waving at people and stepping out to the lobby and in the halls to talk some more. It was almost as much fun as a wedding. 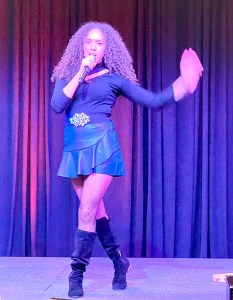 Sure there were glitches and some mistakes in the production but nobody cared and Barry being the pro that he is, just kept pushing forward. He had a wonderful bluesy/rocker singer entertain us at the end of the show that only about half the crowd filtered back in to see. It was a rousing ending to a monumental day in our industry. And when the singer was done belting out her final incredible high notes, who was the first person to give her a standing ovation but veteran local news man, Ernie Anastos, who I used to watch when I lived in New York in the late 80s and early 90’s. 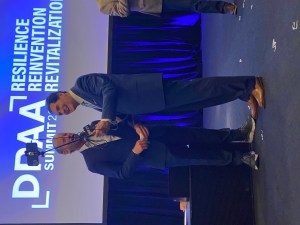 When the singer had left the stage, Ernie went to take photos and interview Barry, but before he did that I made sure this fellow Greek American heard by voice as I thanked him for being a true gentleman and being the first person to jump out of his chair and give the singer a standing ovation. That’s class and that’s what the OOH world brings to our lives every day. That’s why our industry has endured, why it’s been around forever and will continue to do so as it slowly becomes more digital.

It was like celebrating the game-winning hit in the bottom of the ninth inning. Everybody cheered and left the area happy.

Which brings us back once more time to Pete’s mom. Not only has that legendary Vegas story grown with the years in OOH, but at the end of today there was Pete and all the same guys we’ve hung out with for years, heading out to celebrate into the evening.

Our industry certainly has its moments.

I reminded Pete at dinner of how lucky he was and how lucky we all were to meet his mom while we were all on a business trip.  It reminded all of us how important family is and even today, it shows how after all this time our OOH colleagues are all a wonderful extension of that family.