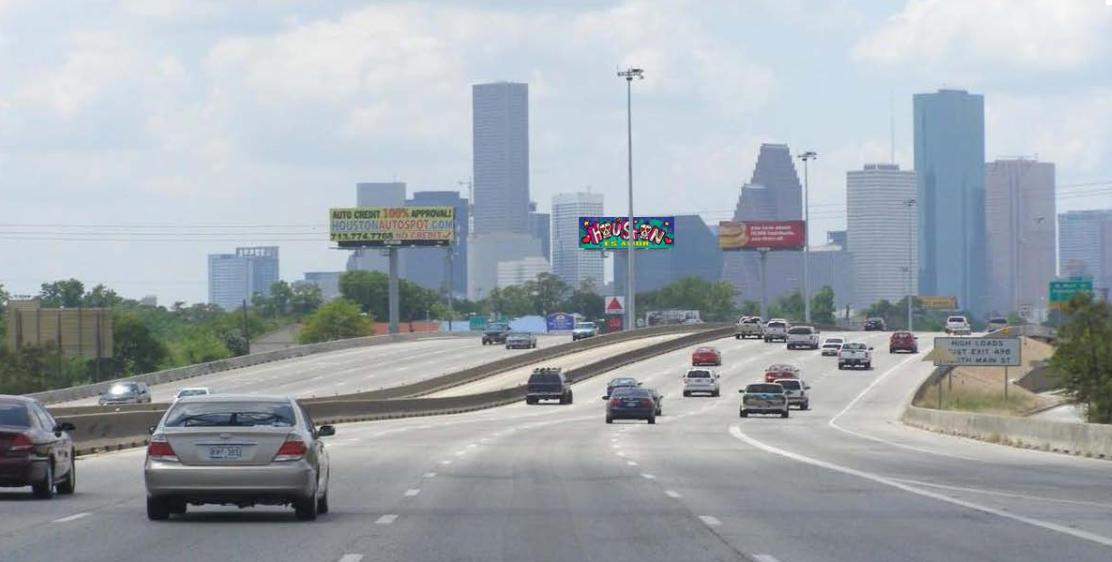 The  Geopath team has released multiple OOH spending reports with data sourced from Kantar this year, covering quarterly and year-to-date spending. With the publication of Q3 date from Kanter this month, for today’s Fast Fact Friday, we will be comparing Q3 spending to Q2, and analyzing any changes that occurred during this period. As a reminder, all spending and research reports are available to our members via the geekOUT Library.

This week let’s head out the to the eighth largest DMA in the country; Houston, Texas. We will not only look at which advertisers and industries are spending within the Lone Star state’s largest city, but also highlight any changes from the second to third quarter.

According to Geopath Insights, there are 14,430 roadside and place-based units measured by Geopath in Houston, accounting for 1.6 billion weekly impressions. It will be interesting to understand which brands are utilizing OOH to reach their audiences within the city and surrounding areas.  With that said, let’s take a look at who is spending in the market!  See below for the top ten spenders in the DMA for the months of April through June. 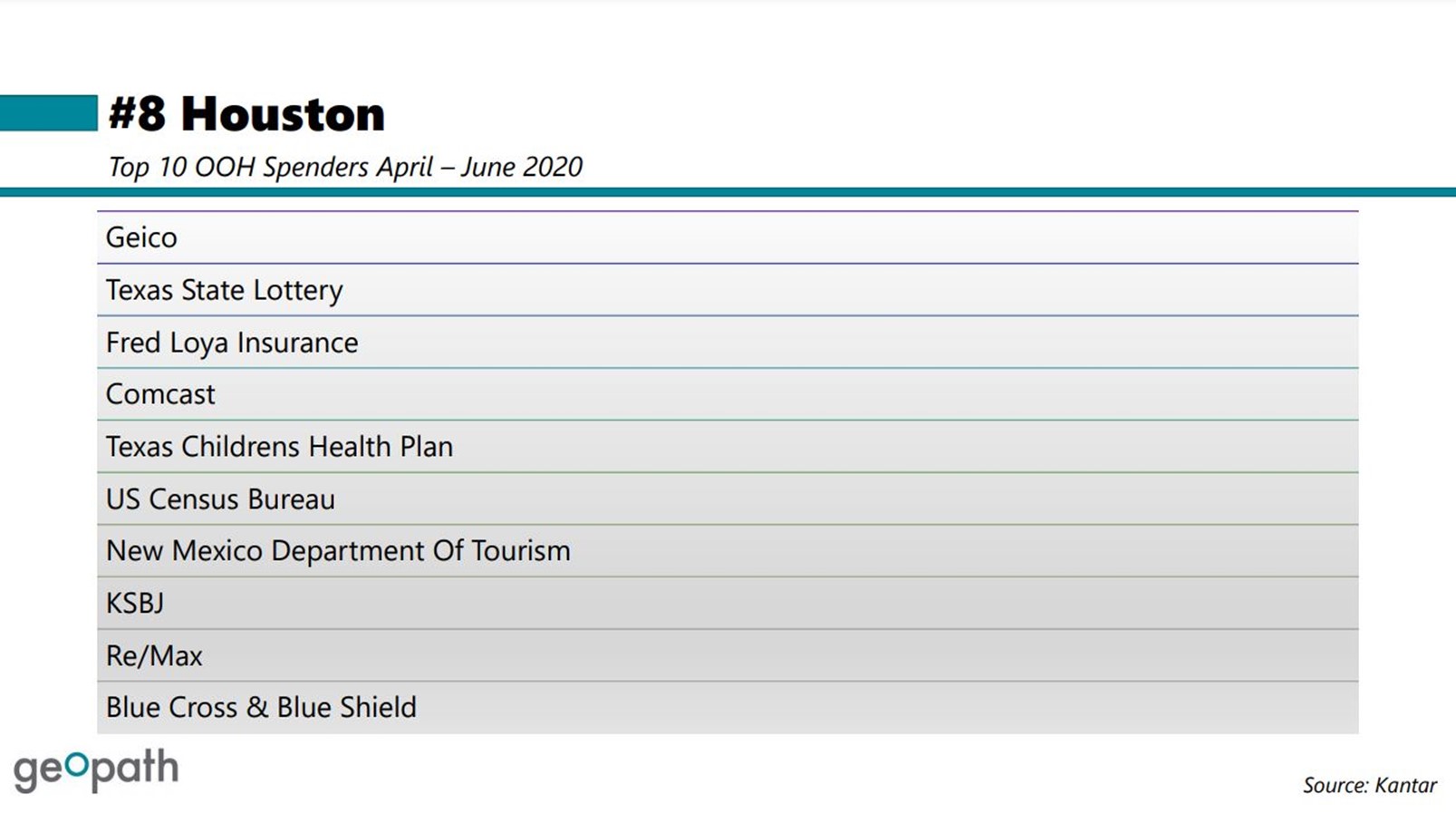 As mentioned in previous Fast Facts, OOH spending shifted dramatically in many markets in Q2 with the onset of travel restrictions and other COVID-19 implications. However, this shifted regionally from market to market, as lockdowns and associated regulations remained a fluid situation throughout the early summer months. It’s interesting to note that the New Mexico Department of Tourism held the sixth spot on the list during this quarter, perhaps trying to reach many of the Houstonians that had been working from home or needing a vacation outdoors!

During the second quarter, most of the top ten advertisers were from the insurance, government, and realty sectors. However, third quarter spending reports from Kantar indicate there were some major shifts in the top OOH spenders within the Houston DMA during this period. See below for the top Ooh spenders from July to the end of September. 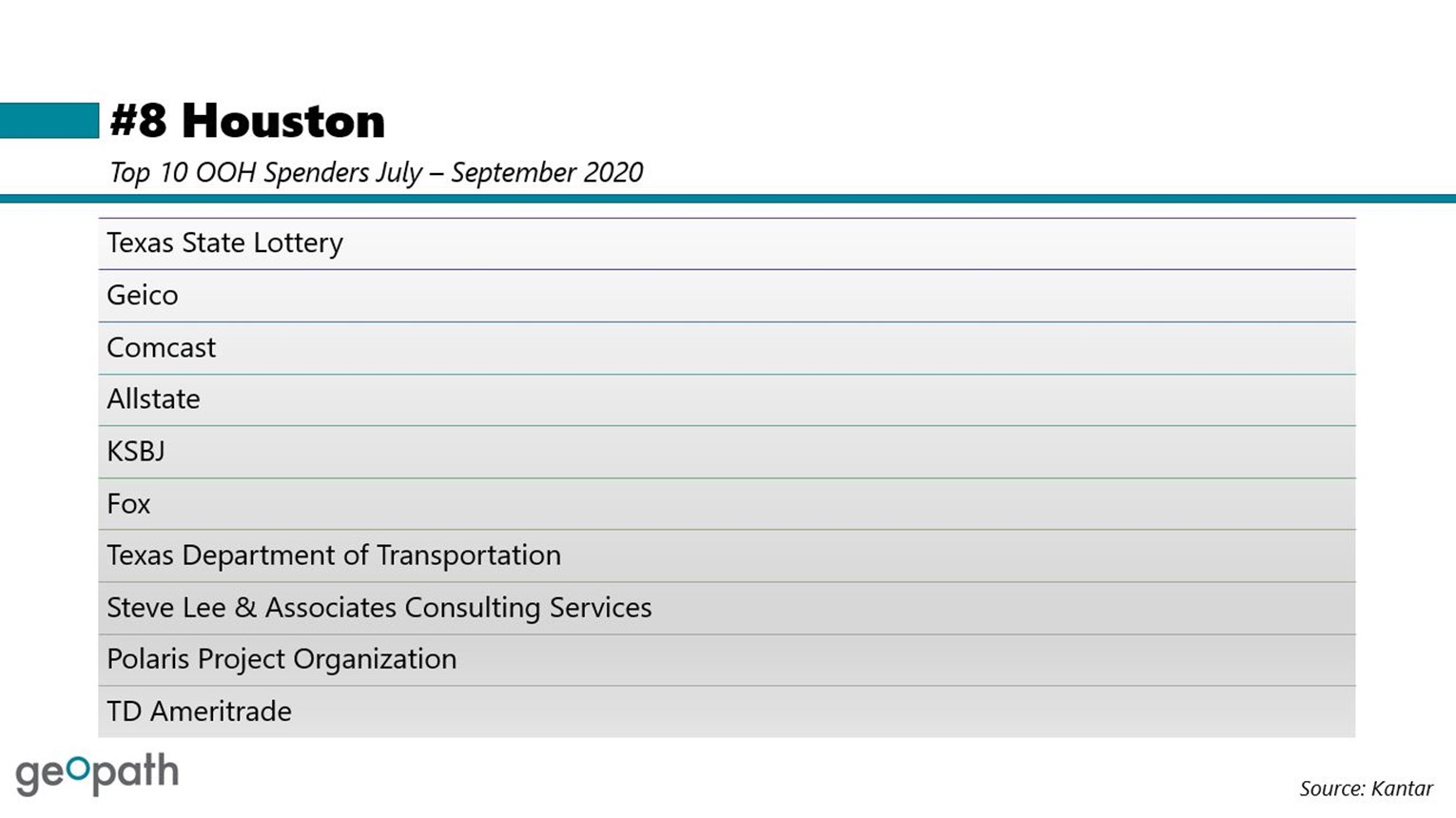 During Q3, Geico and the Texas State Lottery swapped positions, with the latter now holding the top spot. Additionally, Comcast moved up to the third spot, taking the position vacated by Fred Loya Insurance, which had fallen out of the top ten for the quarter. KSBJ also moved up from the previous quarter, now holding the fifth position during this period. These four companies were the only top OOH spenders that were included on the list from Q2!

How Tourism-Based DOOH Campaigns are Measured by Vistar with Arrivalist

You Like Cats? How about these Cats? We have Cat Billboards

So You Want a Mobile Media Clinic? Your Mobile Experience