Here’s our weekly recap of the top OOH stories you may have missed this week, plus commentary from BB 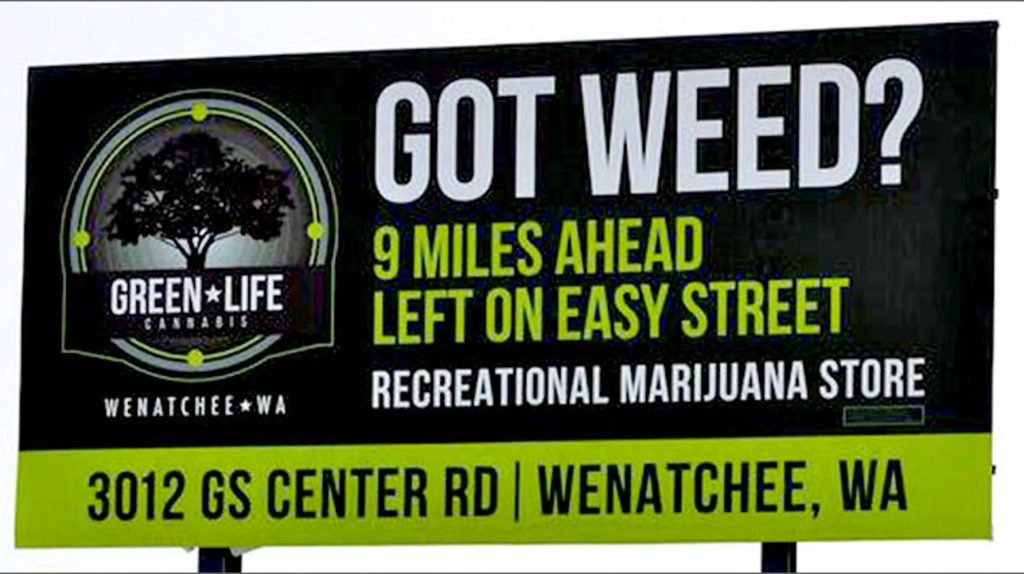 Cannabis is a growing category in the OOH world, but are we slated to repeat history?  Jim Johnsen weighs in. Remember Joe Camel? “At some point moms’ and other interest groups are going to bring some heat.”
Commentary
Is OOH the new Pusherman?

Jim Johnsen, Managing Director, for Johnsen, Fretty & Co., and Monday’s ‘OOH…Here’s One Thing’ writer for OOH Today, posits the argument in his latest post, is the OOH industry taking the correct path in reliance on AND should we be even advertising the product weed? Johnsen raises the question of too much reliance and concerns of not self regulating could cause issues ‘similar to what occurred in the late 90’s with OOH’s reliance on tobacco business. Many OOH Owners reason they are going to get it (the revenue) while they can. Claiming it is easy money. “I only took the money because it was legal a the time”

That is until it’s not —legal or easy money.

Does the Industry get caught with its proverbial pants down and find itself with occupancy issues if the weed business goes away? I don’t think so. Tobacco advertising went away April 23, 1999.  It was not a law which was passed banning it but an agreement between state Attorneys General and the tobacco industry.  When that writing started to appear on the wall in the the mid ’90’s 1996/1997, a few OOH companies panicked and sold their business. When the agreement went into practice, others floundered, some eventually regaining their sales skills. And a few like Martin Media, where I was a limited partner, took advantage of the opportunity to acquire OOH plants at a discount, buying ‘smokestack markets’ called such because they were heavy industrial towns. The population was generally with a high number of blue collar workers and heavier tobacco users and nothing to do with cigarette’s smoke. It did not take long for advertisers, like Miller Beer and Chevrolet to move on the cherry picked inventory of best OOH locations the ciggie butt companies procured over the decades. Those great locations were now available as OOH Companies realized the pent-up demand for the premium space.

“Daddy what did you do in the billboard business before it got banned?” “Son, I promoted dime bags and it was only for a two week period. “

Regulators, legislators and the like, along with the ‘green groups’ like Scenic America, use our weed greed as a reason to demand regulation of OOH. Though for different reasons, the convenience of ‘doing it for the children’, ala Hilary Clinton’s Health Care mantra in ’93 to guilt congress into action—which failed by the way. Does our accepting dollars for marijuana advertising makes us guilty by association? I don’t think so!

If weed dollars go away and that is likely many years off, if ever, the end of the marijuana buying as we see it today would mean we only lose that easy money category and go back to working for a living.

But what if the sentiment evolves to more of controlling our ad rights?  As a dear departed old friend of mine, Esquire Tom Nolan, once said while defending me before a Charlottesville City Council determined to vote billboards out of the city, “Just because the Council has the naked legal right to do something, doesn’t mean it’s the right thing to do.” (I don’t know if naked was appropriate legal term to use but it sure got everyone’s attention) There are still billboards in Charlottesville by the way.

One might ask, is OOH the new pusherman?  “Daddy what did you do in the billboard business before it got banned?” “Son, I promoted dime bags and it was only for a two week period. “

Using Jim Johnsen’s clever format of tying music to his message in every story, here’s one of my all time favorites—from 1972 Curtis Mayfield’s Superfly album, Pusherman.

Reminds me of another absolute hit from the same Mayfield album. Freddie’s Dead.

We’re all built up with progress
But sometimes I must confess
We can deal with rockets and dreams
But reality
What does it mean?
Ain’t nothing said
‘Cause Freddies dead

(OOH, you), “Don’t wanna be like Freddie now
‘Cause Freddies dead. 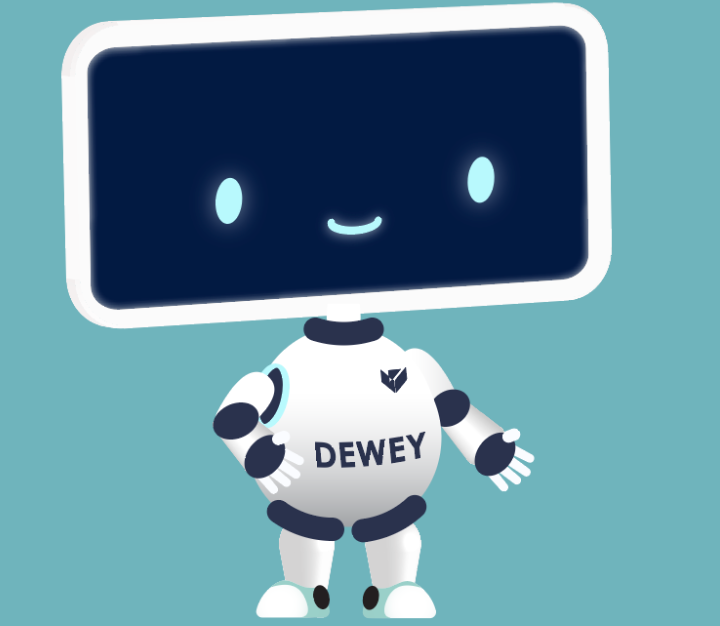 We are so stoked for another awards event. Digital OOH deserves more recognition. It is the fastest growing sector of the OOH formats. Why not its own awards? Throw in some tech recognition for good measure. After all, there are dozens of Programmatic Tech Innovators, handing out an award might work to pare down the field which is going to happen from market demands sooner or later.

Who better to host an award presentation then the Maestro of OOH presenters, DPAA President, Barry Frey.  DOOH-E Awards as in DEWEY. Digital Out-of-Home Excellence

DPAA call for entries is open to all organizations involved in DOOH, no DPAA membership required from what we can tell (which should mean no home cooking) and here’s a first, ‘public voting’. Though a short list will be curated first to cast votes for, it is still an election. This should be interesting. The public speaks!  And the DPAA listens! Get your tickets punched for what has always been one of the top OOH Industry events of the year —the DPAA Global Summit on October 11 at Pier 60 (Chelsea Piers) in New York City.

Commentary
More OOH Awards Please! —Not Dewey
Well it’s time to test WOOH and see just how thick the British skin really is…
2022 WOO Award Winners. Three old white men and a lady.
Nothing new in OOH outside the United States either. That’s all I have, for now. 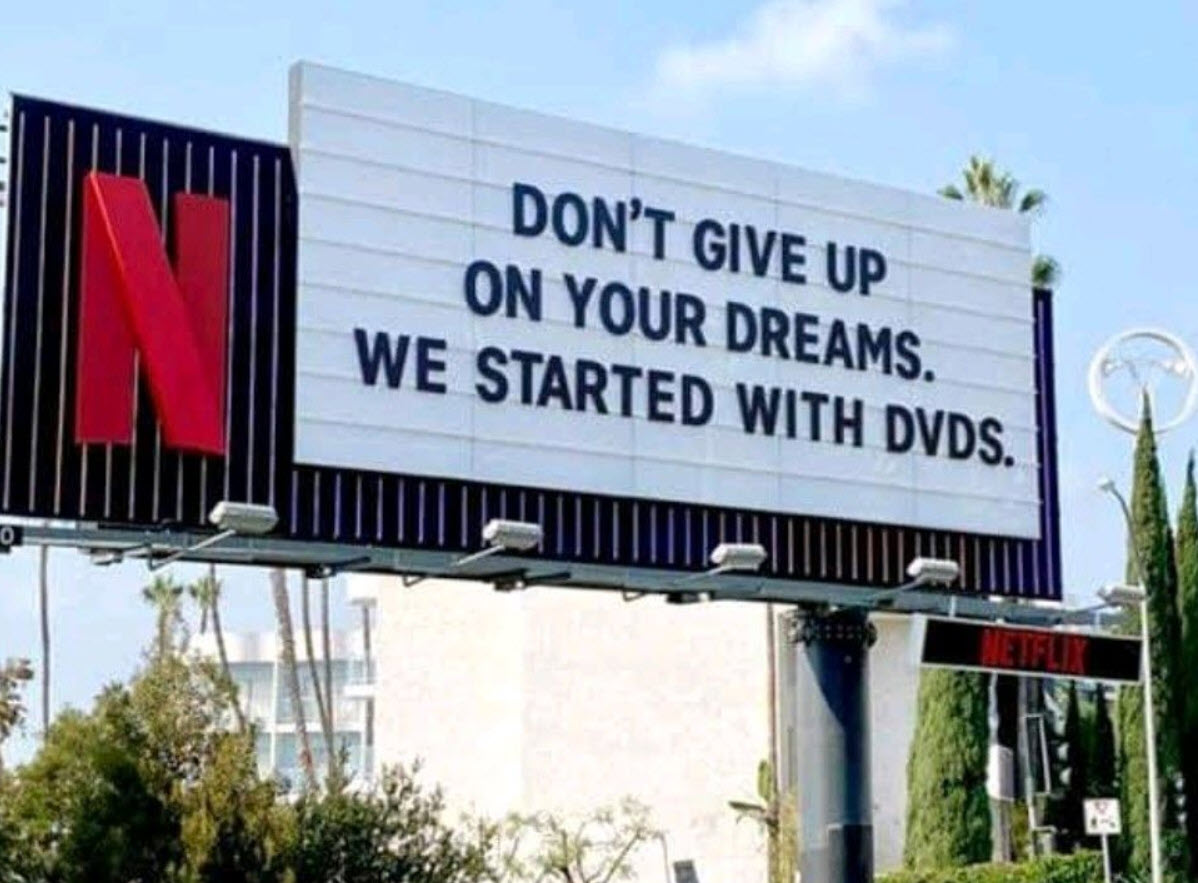 31% of the top OOH spenders in Q1 2022 were tech and direct-to-consumer companies, including Apple, Netflix, Amazon, Verizon, and TMobile. DOOH led total OOH growth with a 57% increase over Q1 2021.
Commentary

Exceeding 2019
I am as happy as the next OOH sales person/owner/vendor (yes I am all three) that business is good. Good not great. Consider the numbers compared to pre pandemic across the board, as Anna Bager, President / CEO of OAAA quoted “we are on track to reach or exceed pre-pandemic spend in 2022.”  And I hope like hell we do exceed 2019.

Let’s consider:
1. just how much better are we than pre pandemic? Let’s not go back to our REHTORIC of 30 something consecutive months of 4 and 5% increases . That’s a ridiculous increase, too low be sure. A goal to be embarrassed by. I don’t care what the other media guys are doing. Look around at other industries. 5% ? Really? Raise the high jump bar. Or set low goals you know you can easily reach and surprise! You’ll reach low goals.
2. how many digital units have been installed over the last 3 years? (which really equates to 8 faces every time one goes in the ground). So we grow in multiples in digital inventory but are satisfied with single digit growth? Considering organic growth or same store sales, we maybe higher than last year, but not so much to boast about. Not yet.  For more about OOH growth read the next commentary on the Golden Age of OOH.
– BB 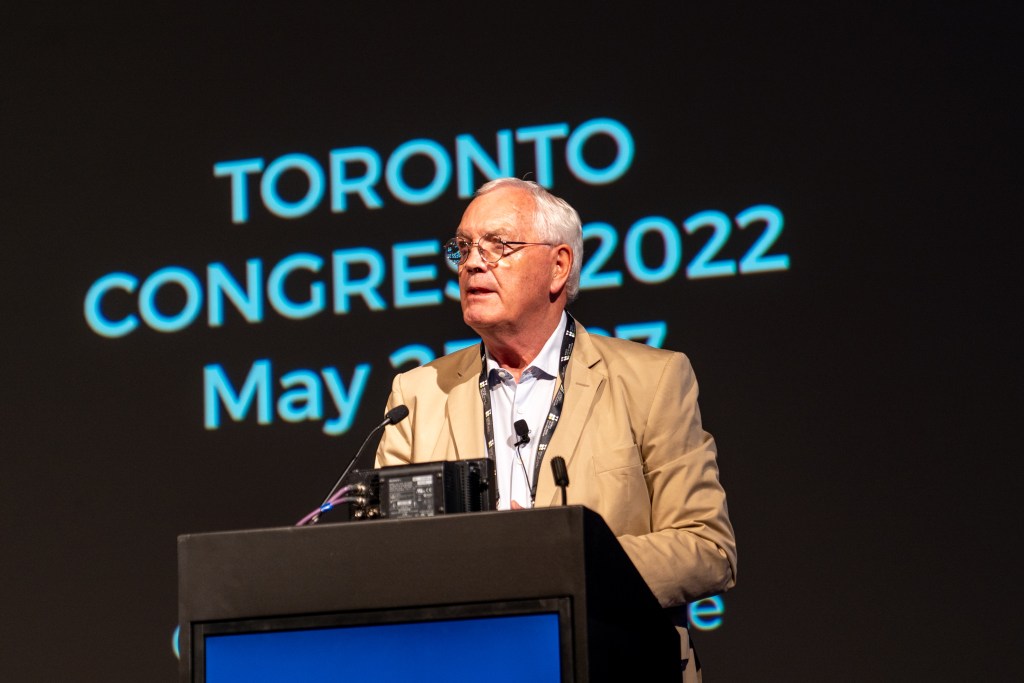 The Congress, the first such in-person event since Dubai 2019, brought together 400 delegates from all over the world. Among the issues discussed in depth were programmatic, the changing macro-media landscape where e-commerce increasingly rules, Classic versus Digital OOH, the increasingly critical topics of sustainability, diversity and the way digital OOH amplifies social media.
Commentary
The Golden Age of Out of Home Irrational Exuberance
We did not attend the WOO Global Congress in Toronto, we caught The Covid in the Geopath/OAAA OOH Conference. We were told by multiple attendees who we know very well and trust their judgement, it was a night an day difference between the Florida Conference and the Toronto one. And it does not bode well for the one in Florida. Speakers, content, discussions, topics according to all sources reporting into OOH Today, nailed it in Toronto. (with a few caveats naturally, more later). Florida not so much.
Sure Florida was a great opportunity to see everyone and was a great party. Albeit a party of classes or groups. Everyone went their own way. Clickish for sure. Too be expected. The Toronto group by virtue of the structure of the event brought everyone together socially as well as via the daily conference itself.  Something to consider in Nashville. And well we are just getting started on how to improve the American Conference. Our advice; pay attention to what the DPAA does yearly and what WOOH did in Toronto. That’s a start.

WOOH don’t think you’re getting off so easy.

‘DOOH deserves a seat at the Adult Table’. Really? Where have we heard that before? OK, we know where. How many years has it been said? About OOH? About 30 years. At least.

And then this worn out CD (or for the old men in the group that’s worn out record to you), “Golden Age of Out of Home”. Come on how many times do we have to hear that phrase for the next several months? In my 40 years in the business I think this is now the 5th Golden Age.

First as its defined by Funk and Wagnalls;

Are we saying OOH at its peak? I hope not. We just got some momentum moving again and is it really peaking? We maybe higher than last year, but so much to label it a ‘Golden Age’? I don’t think so.

Anyone reading Barron’s or Wall Street or watching Bloomberg TV News? There is a recession lurking around the corner. That will take the shine out of our ‘Golden Age of OOH’ quicker than you can say ‘Imagine a Heavily Discounted Rate Card’.  Maybe this is easier to say, ‘Irrational Exuberance’

If you read OOH Today via LinkedIn, thank you. To ensure you never miss a post
and keep unconstrained speech for the OOH/Billboard Industry,
click here to ⇒Subscribe to OOH Today