OOH Today keeps you up to date with a summary report, every Friday of all the moves in Billboards, Brands, Agency, OOH planning and buying services, new hires, promotions,
OOH Providers and Sellers.

Here’s your weekly score card.   The latest #OOH related changes.
Be the first to send your congratulations!

Congratulate Gonathan J. Breedlove, M.S for starting a new position as Account Director, Business Development- One Solution at Interactive One

Congratulate Fred Taylor for starting a new position as Sales Consultant at Signdealz.com 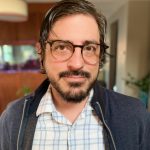 Most recently, Mr. Negron led Midwest sales for Twitch, growing not only the team but also quadrupling the company’s revenue in the market. His success in building teams and capturing share was also applied at Pandora, where he grew the Chicago sales office from two to 75 over his four-year tenure.

Of his move to Lightbox, Mr. Negron states “The broadcast-heavy Midwest market is in need of alternate channels to distribute video advertising. I’m excited to work with the Lightbox team to bring its powerful message of video at scale to the clients and agencies in this region.”

Lightbox CEO Greg Glenday will reunite with Mr. Negron after working together at Undertone, a premium Digital Ad Network. “We are currently in the middle of an extended streak of meaningful revenue growth at Lightbox, and we are keeping our foot on the accelerator by hiring fantastic talent like Chris. I really enjoyed working with Chris because he’s an excellent sales leader who consistently delivers results, builds cohesive teams, and does it all with an eye toward a positive culture and fun.  I am thrilled to be on the same team with him again.”

Mr. Negron will be based in the Chicago office, and will report to Lightbox EVP, Chief Revenue Officer Eric Steinert, who is based in New York.  Mr. Steinert notes “I’m excited to have Chris on board during this time of tremendous transformation in the digital OOH space, which is increasingly defined by connectivity, addressability and measurement, and in the case of Lightbox audio-enabled video.  His background is ideally suited to drive our business forward in the Central Region.”

Lars will focus on being a dedicated resource for our existing and new partners throughout the channel. His years of expertise in the AV field and specific knowledge of Signagelive will help the ecosystem deliver on digital signage projects.

Aferdita Qesku, Director of Sales, Signagelive
We have worked with Lars over 6 years now and the Approved Agent agreement made perfect sense to set up for a territory we have seen growth in. Having a dedicated Agent in the Nordics will assist our existing customer base and further show our intent and dedication to increasing the Signagelive footprint across Europe.

Lars Aage Olesen, CEO, Infoview
Signagelive and Infoview have collaborated for several years in advising and optimizing Signagelive in DK, as the optimal solution for info screens at the market. Our designers help create the right look on the screen and Signagelive educates staff on using Signagelive. We want to create confidence in the use of Signagelive software, why our support team is always ready to help.

About Infoview
Infoview is a supplier to all types of businesses, the retail industry, restaurants / cafes, the public sector, institutions. Infoview helps end customers get the most cost-effective use of valuable resources via Signagelive into their organization, regardless of the type of industry.

About Signagelive
Signagelive’s digital signage platform is used globally by over 2000 organisations to manage their networks. Supplying digital signage software and services to multiple markets including retail, education, and hospitality, to over 46 countries across EMEA, Americas and Asia Pacific.