OOH Media Plan of the Year —The Winner Is

December 5, 2019- NYC – The 2019 Out of Home (OOH) Media Plan of the Year was awarded to Posterscope for the United Airlines Win NY OOH campaign. Anna Bager, president & CEO of the Out of Home Advertising Association of America (OAAA), presented the OOH Media Plan Awards today in New York at The AD Club of New York’s 12th annual OOH: NOW Conference.

Each digital OOH screen pulled specific data pertinent to its exact location to present accurate drive times to Newark airport based on current traffic. If at any point the travel time was not in favor of Newark, the creative at that location switched to a more general Fly United brand message.

“This campaign is the perfect example of data-driven out of home,” said Bager. “Data informed the exact ad location and creative, ensuring the campaign reached its target audience with relevant information and earning it top honors at this year’s OOH Media Plan Awards program.”

The OOH Ratings-Driven Media Plan Award, given to the campaign that best utilized Geopath OOH Ratings, was presented to Publicis Media for Allstate Insurance. To promote Allstate’s Milewise program, which allows insurance policy holders to pay based on miles driven, Publicis Media crafted a multi-format OOH campaign to budget-conscious consumers in New Jersey who drive less than 10,000 miles per year. Planning data determined profiles of train and ferry riders best fit the target audience. The campaign kicked off with high-impact station dominations at four of the most frequented train stations in New Jersey and with ferry wraps on waterways to New York. The fully immersive plan also included bus shelters, bike shares, and billboards, as well as paid search, display, social, and streaming radio. Following the campaign, program awareness rose 7 percent. 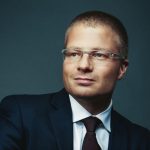 President of Posterscope USA Christian Vollerslev had this to share about the recognition and partners: “This is the first time that any agency has won consecutively two years in a row, because we also won it last year for FOX. This is a testament to our partnership with Carat, mcgarrybowen, and United. The campaign is a perfect example of data driven dynamic OOH. The team leveraged proprietary M1 data to strategically select individual placements for all OOH locations to ensure a highly targeted campaign, alongside traffic info to trigger dynamic copy utilising the Liveposter platform. Martin Porter and Jessica Freely from Posterscope accepted this award three hours ago, with a presentation outlining the challenges faced by the brand, the Posterscope strategy put in place and the corresponding positive results, including an increase in brand favorability and new United customers.”

👏AWARD WINNING NEWS 👏We are very proud to announce that @posterscope_usa has won the Ad Club of New York’s OOH Media Plan of the Year 2019 for their #dynamic #DOOH campaign for United Airlines @united pic.twitter.com/tF8o5t4iNh

The Out of Home Advertising Association of America (OAAA) is the national trade association for the $8 billion US out of home advertising (OOH) industry, which is comprised of printed and digital OOH formats including billboards, street furniture, transit advertising, and place-based media.