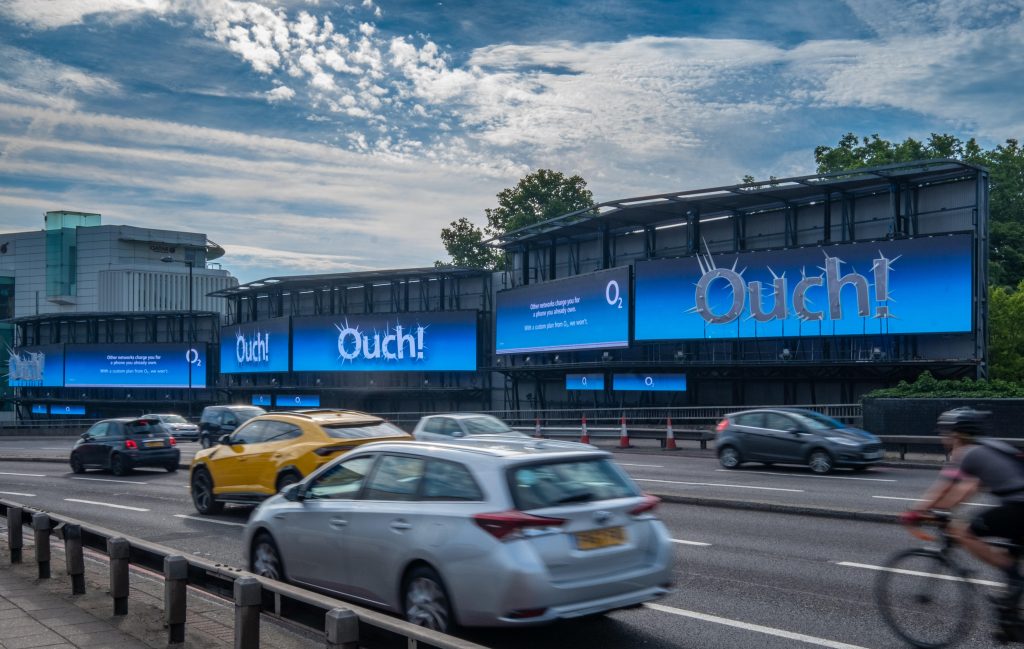 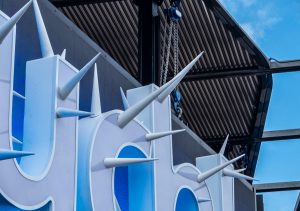 O2 (Telefónica UK) have done it again! #ouch, When your phone bill is so much more then hoped. Let it be a bad memory with O2’s custom plan. Great special build on the greatest OOH canvas from Clear Channel UK by Havas Group, Adcity (Havas Group), VCCP & Talon Outdoor 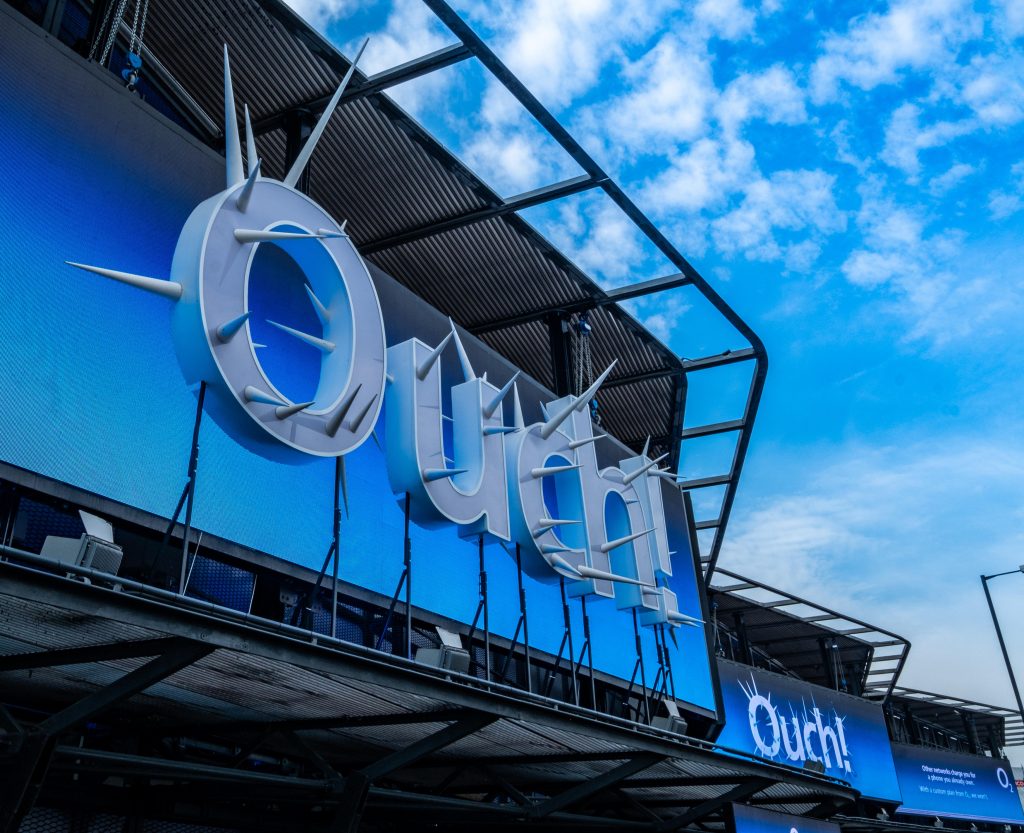 Creative OOH Executions which came to our attention last week.
Lot of multiples and heavy creative lifting this week 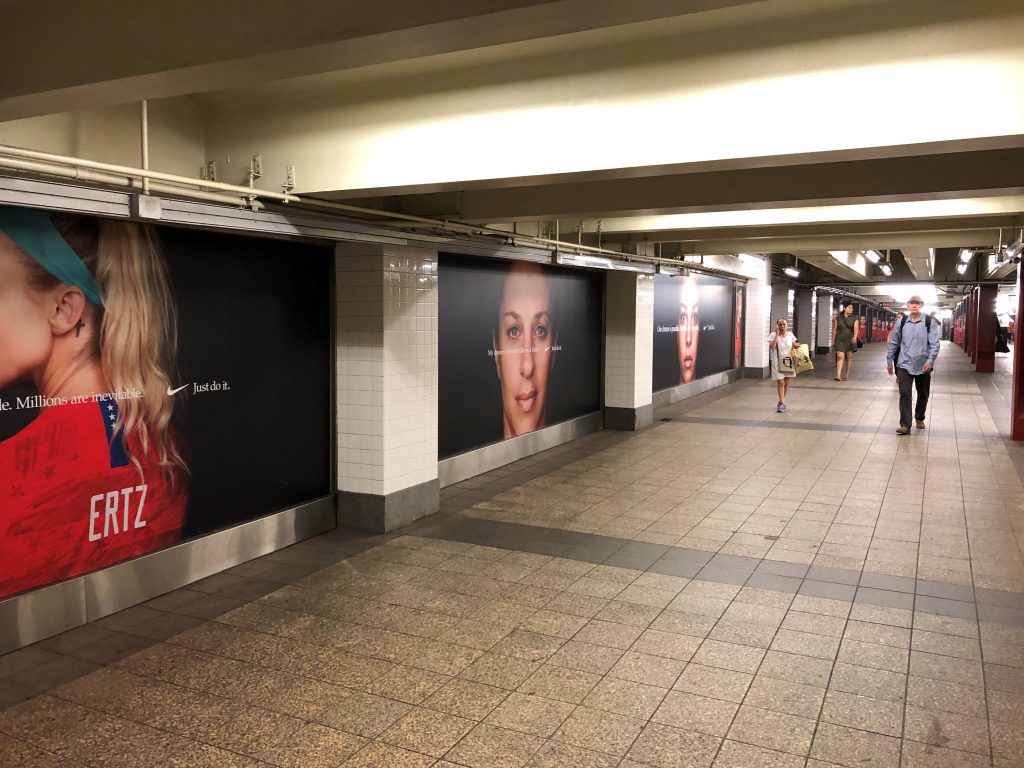 Why, When You Say BUD 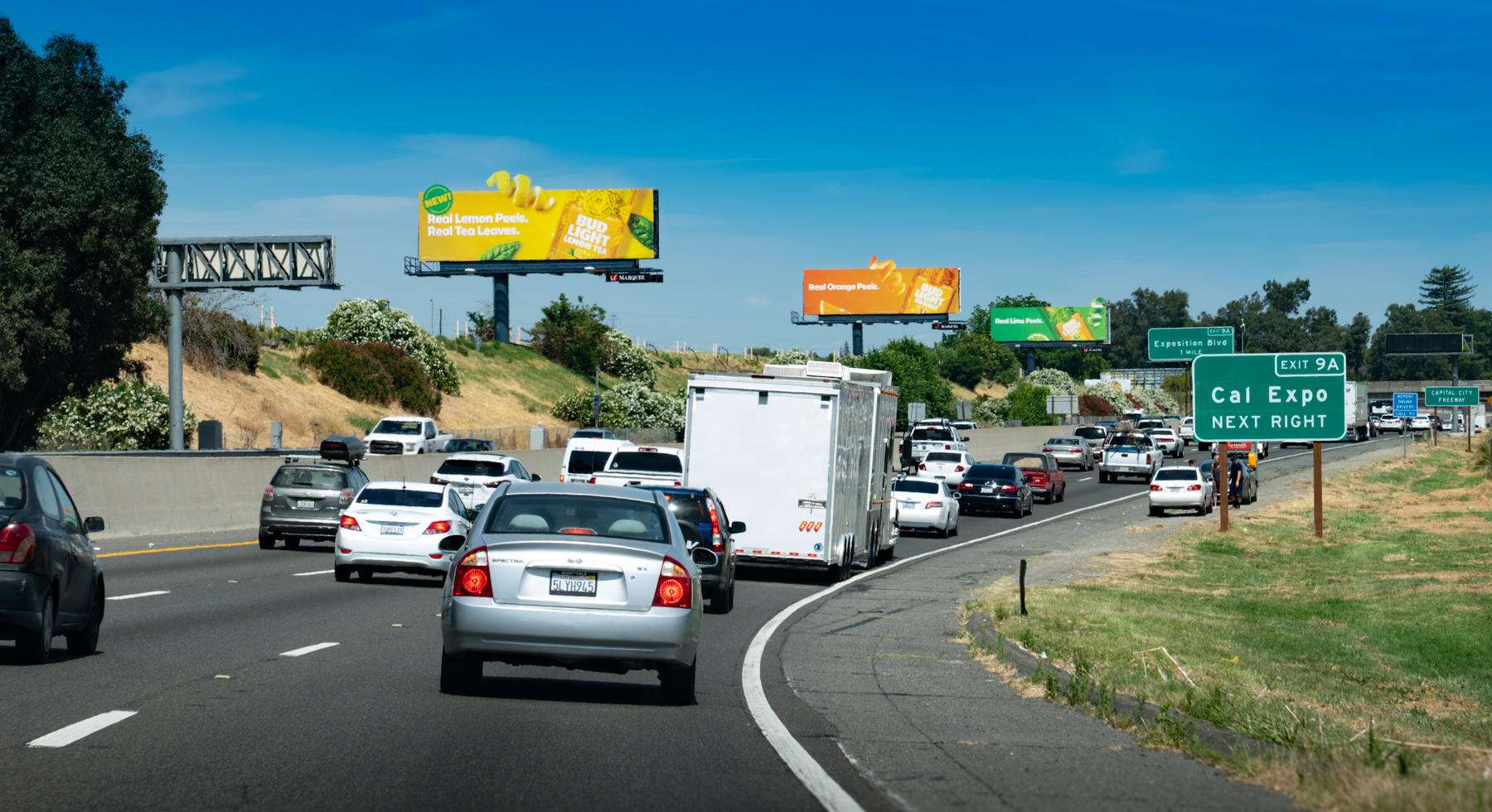 Compare the two photos above and below.  Same copy. Probably same printer. Yet in the one above, color looks richer than the one below, despite the fact the camera was not as close and did not zoom. Any one know why the top photo’s color looks richer?  We do.
Comment or send us note— ‘WHY?’ to— Billboard@OOHToday.com 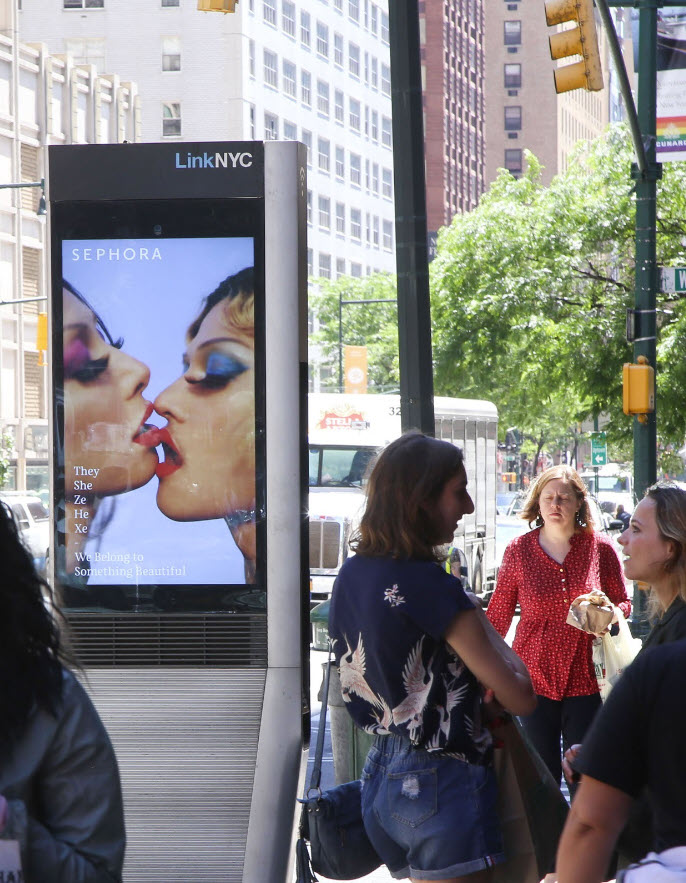 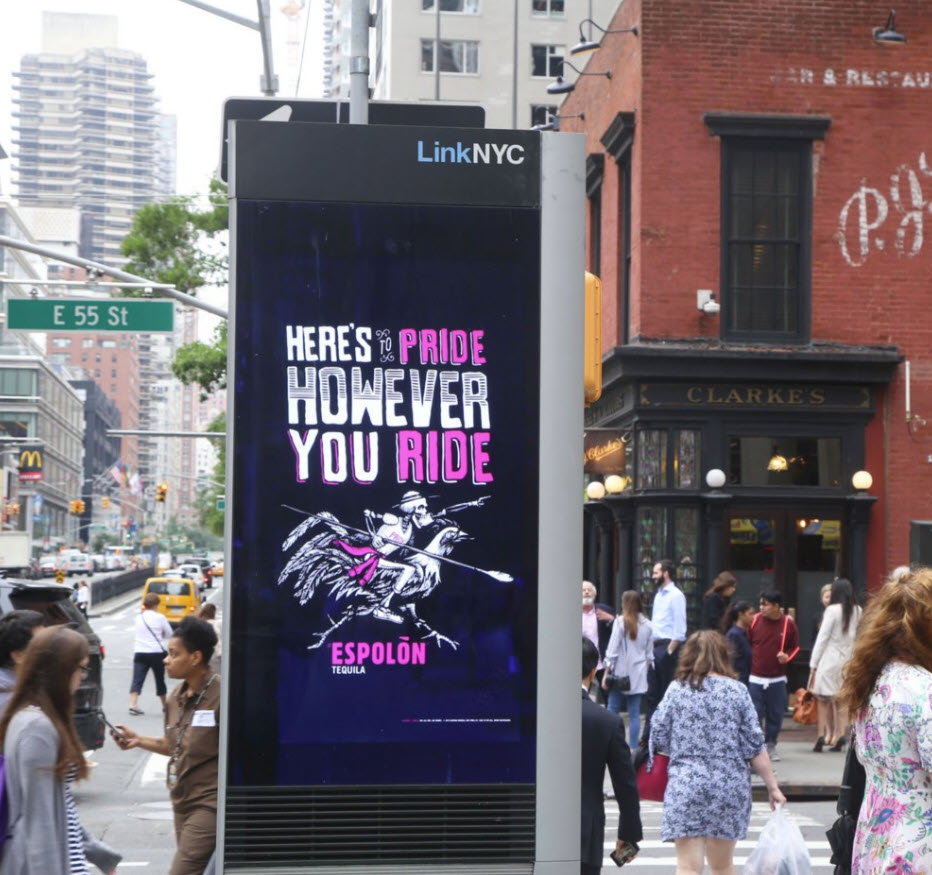 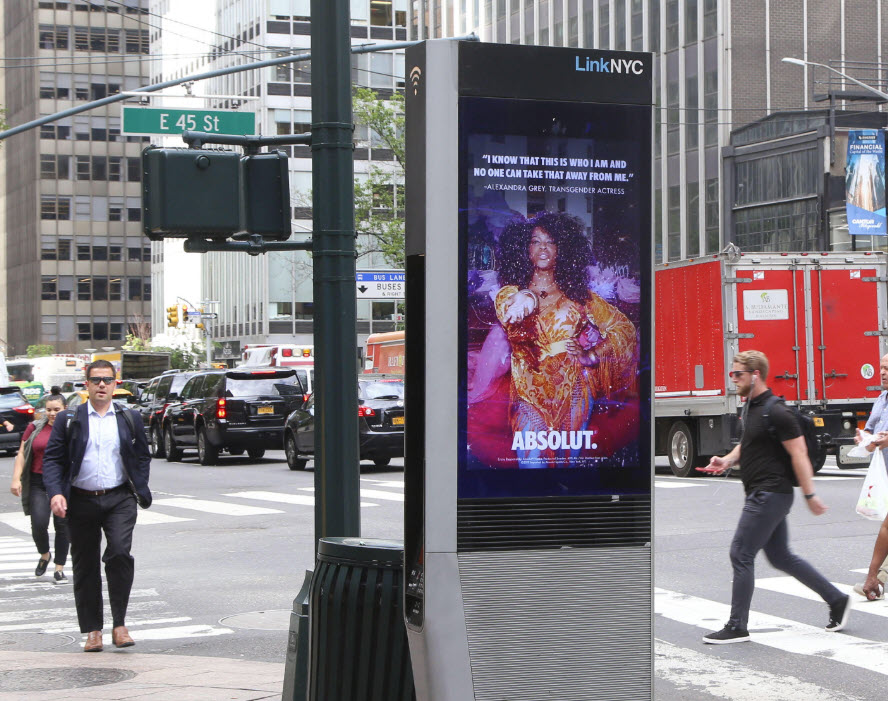 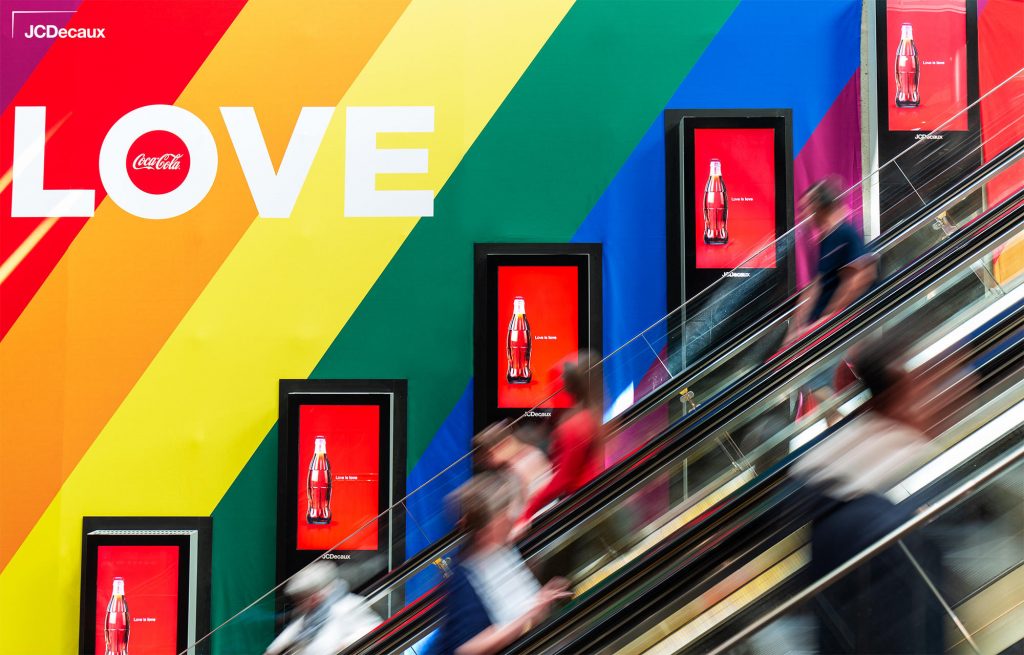 The Coca-Cola Company supported #PrideMonth with this great campaign with Carat Norway and JCDecaux Norway in Oslo Central Station. 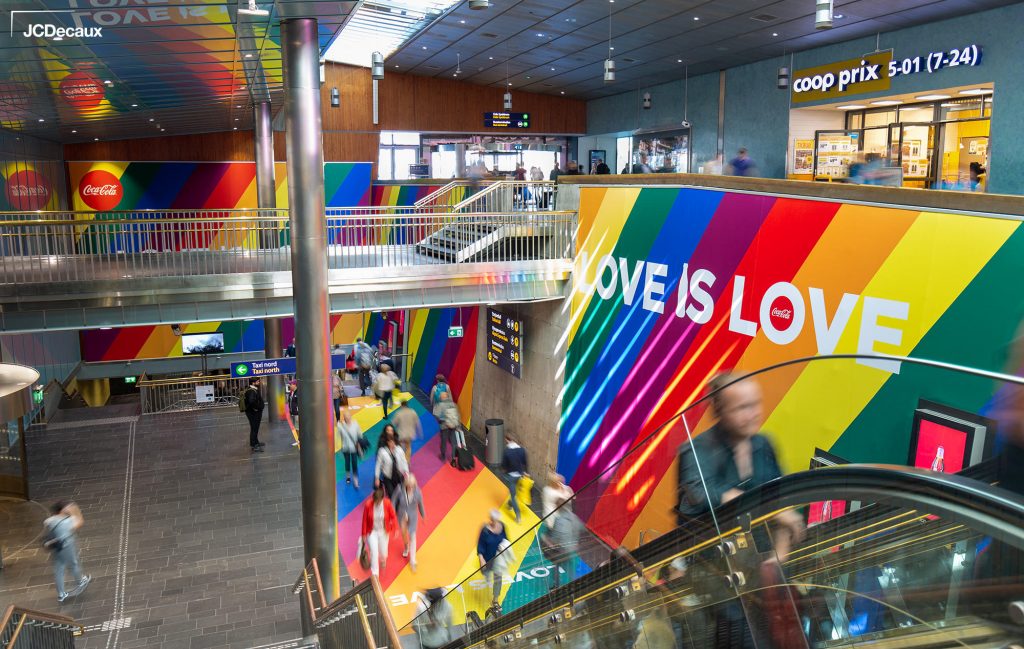 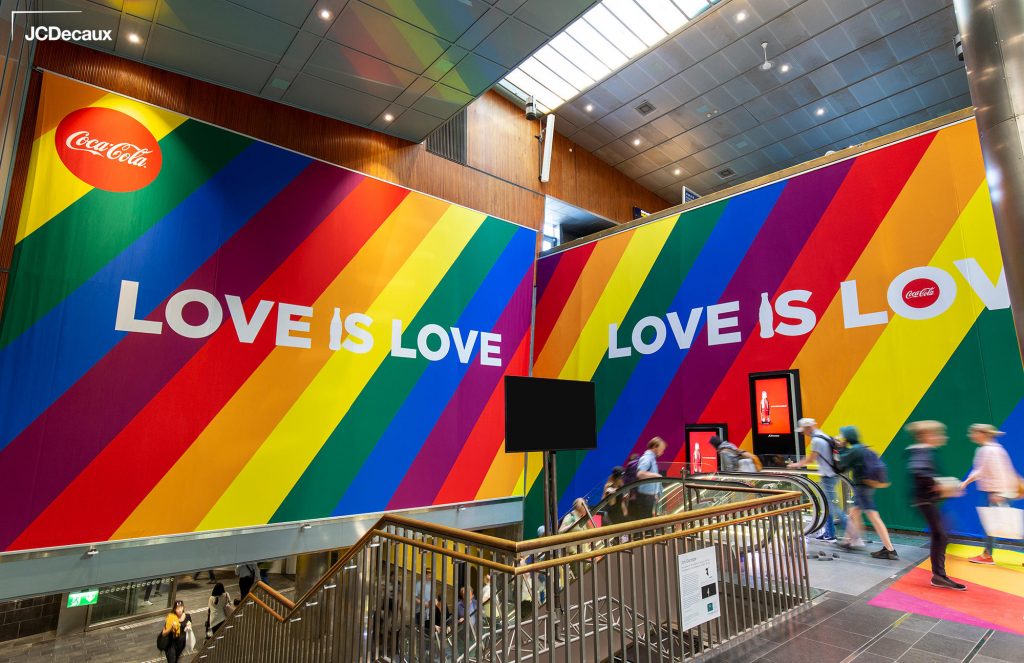 Entry Media
Task Rabbit and You Shall Receive 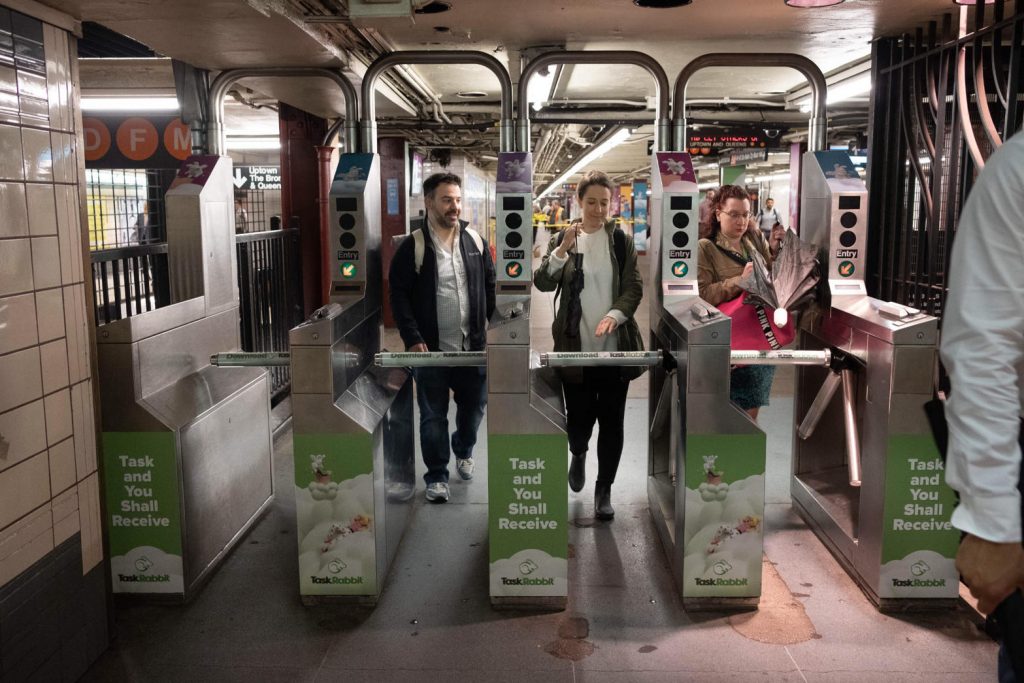 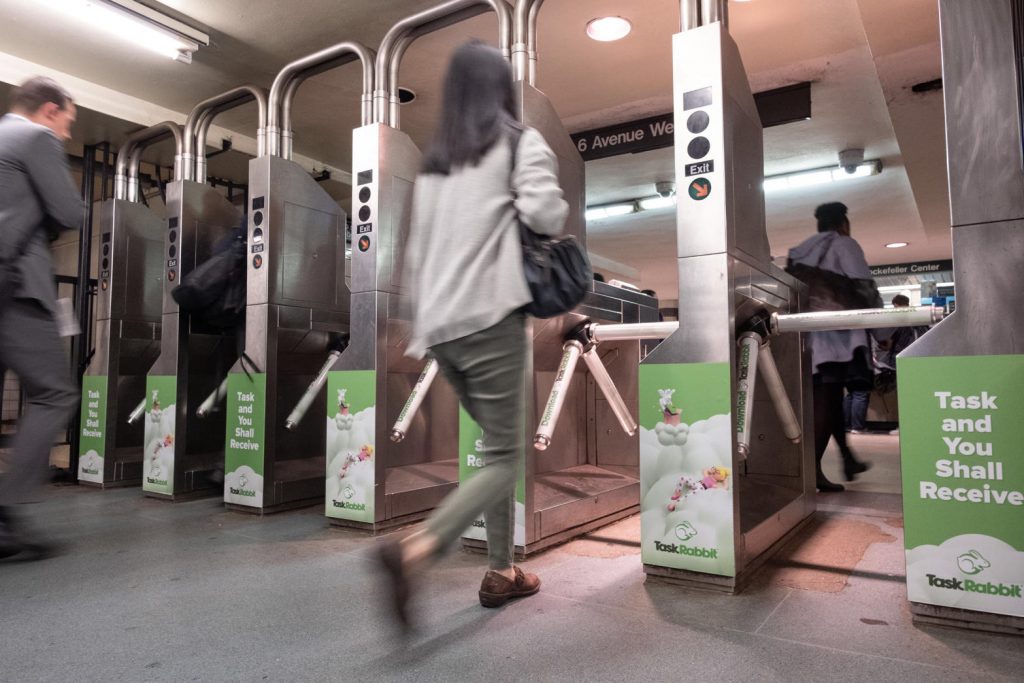 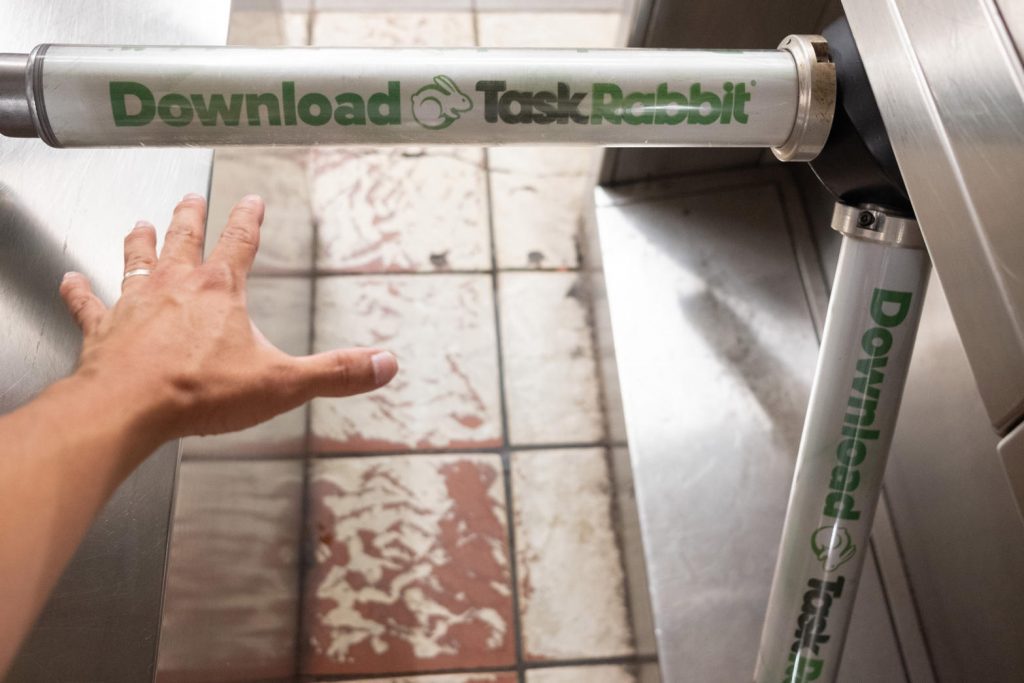 TaskRabbit reaches New Yorkers with Station Domination with Turnstiles Campaign. Did you know TaskRabbit and their convenient app connects you to safe and reliable help for such services as furniture assembly, basic handyman services, getting groceries, house cleaning, keeping your place in a line, help with house moving, and much more, plus the company offers up to $1 million customer service pledge if a TaskRabbit “Tasker” damages your property? Another effective #OOH Campaign by OUTFRONT Media

A GREAT IDEA Must be SOLD

Client said, Tell us about “Billboards with REFLECTIVE or GLOW in the dark material?”
Sales to Ops Mgr, “What about that?” Ops Mgr, “Like the Bulletin 1186 in Vallejo!” (photos below)

Sales says, (question is) “who’s going the be the first advertiser in Sacramento to step up their billboard game? “

OOH Today’s sales manager says, “The question should be, who’s going the be the first salesperson in Sacramento to step up their billboard sales game and sell it?”

Great Ideas still have to be sold 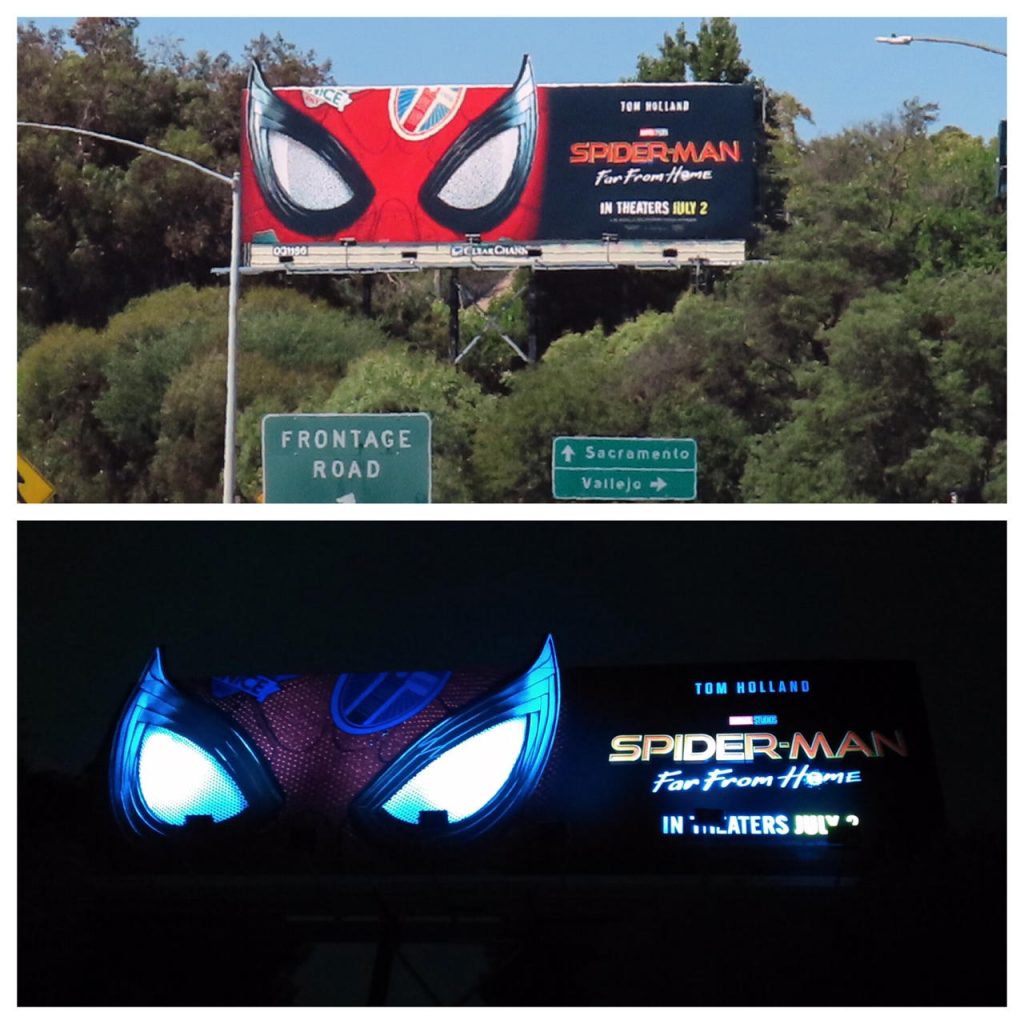 Another, ‘SpiderMan Far From Home’ The Premiere 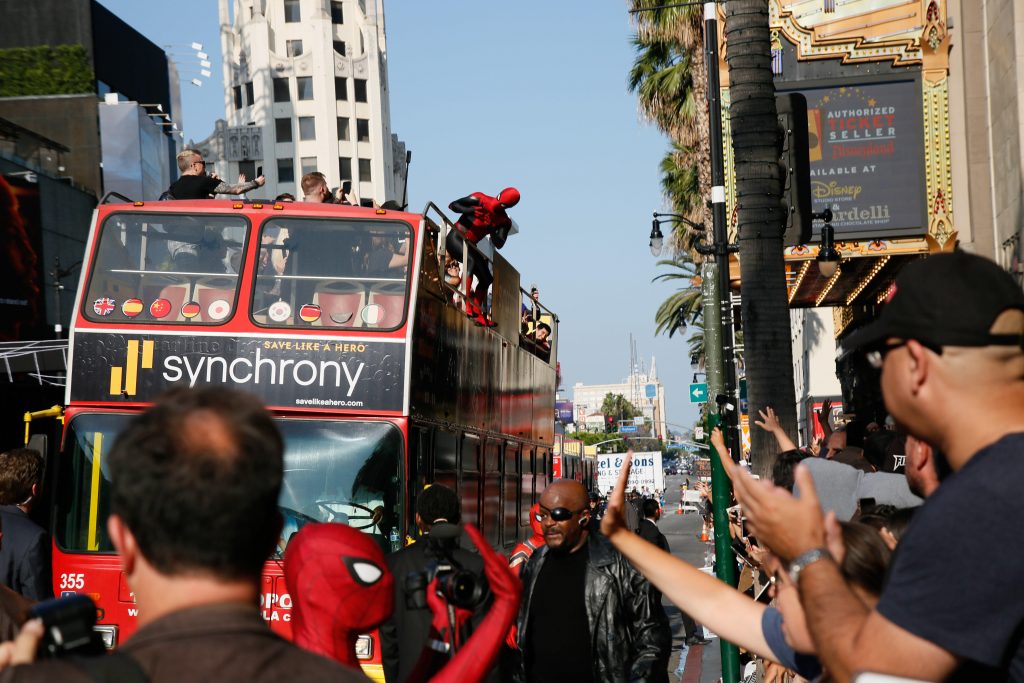 The Marvel Entertainment ‘SpiderMan Far From Home’ Premiere in LA was one for the books. SpiderMan was out for the crowd; he took selfies with fans and performed stunts on Vector Media Double Decker Bus, along Hollywood Blvd. Vector wrapped Audi E-Pace cars for Mysterio and SpiderMan, accompanied by superstars Jake Gyllenhaal and Tom Holland, and Vector illuminated Double Decker buses backdropped the red carpet. 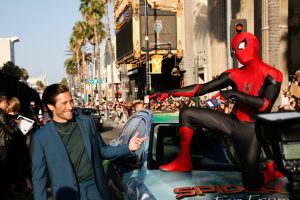 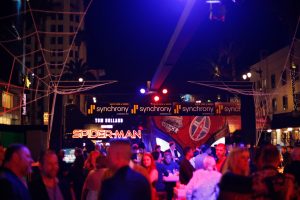 UZ by Flowfushi is back in NYC promoting the opening of their new store at 19 Howard St.
Try a new eyeliner that is cruelty-free and has a rainbow of color options, look no further! JCDecaux. 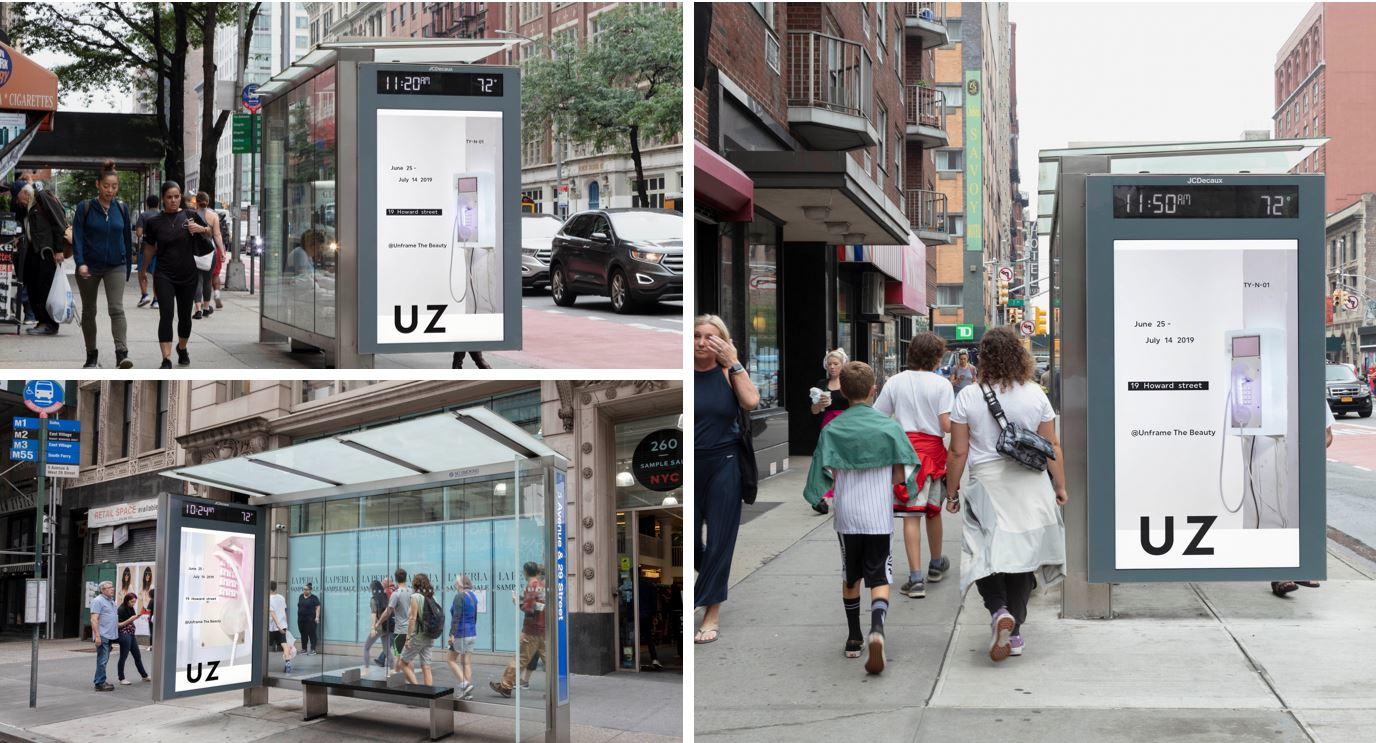