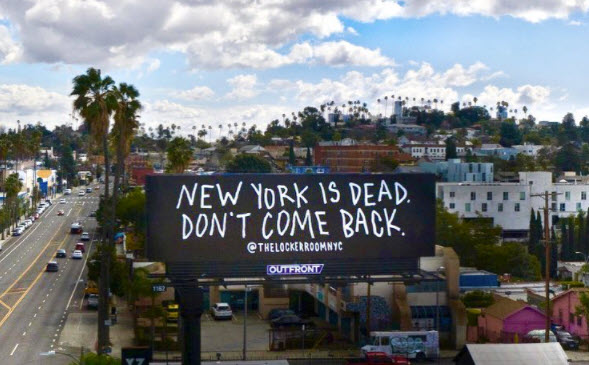 Billboard in LA by thelockerroomnyc “NY is Dead” bulletin, on Sunset Blvd. Many credits to follow starting with the most critical, the person who took the photo Drone capture @dashtwo.
Dreamer@escaping_samsara, Schemer @brothergraham, Believer @agbs, Designer @julianbanger, Photo @dadazito, Film @oitsliver, and Assistant @lake.com__
Read the story from the NY Post.

There are Major League Baseball Hall Of Famers and then there is only one, Hank Aaron!
A MB 25-time All-Star, an MVP, 3-time Golden Glove Winner and finished his career with
755 Home Runs…he was a Crusader for Equality!
The last MLB to play in the Negro Leagues. #HammerinHank #RIP, Atlanta Braves,, #poweredbymarqueemedia  Hank Aaron wore the number 44.  Died 1/22/21 = 44 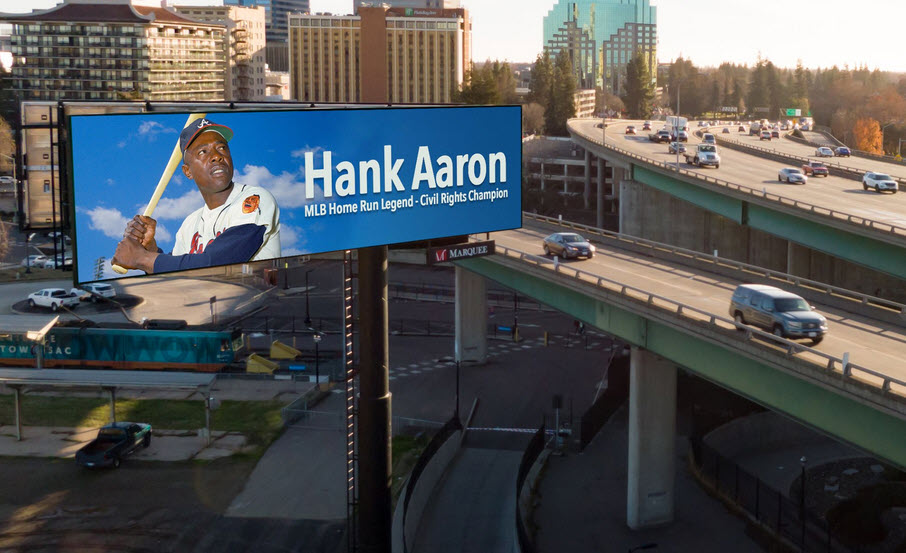 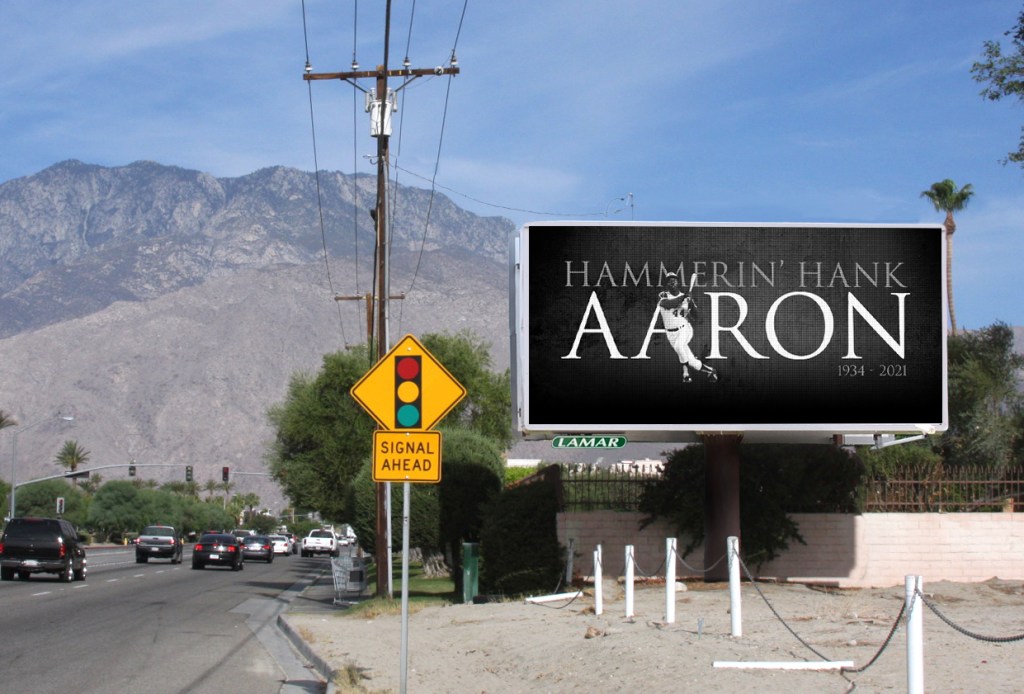 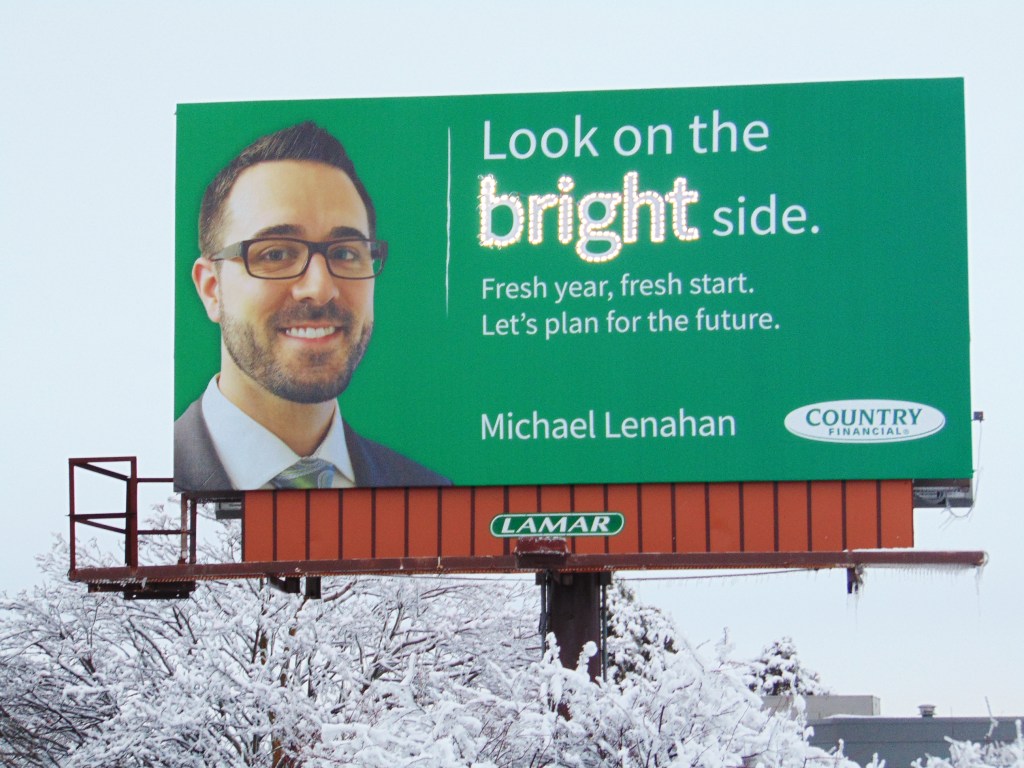 Gagging on golf balls
Holey Moley front man Australian golfing legend Greg ‘The Shark’ Norman, appears in this interactive campaign asking locals to guess the number of golf balls inside the panel for their chance to win. OMS

According to QMS Media, the golf ball guessing competition already has locals “queuing up” to count the balls, scan the QR code and enter the competition, for their chance to win a unique Holey Moley experience and prize pack. More story here⇒Bus Shelters Filed with Gold Balls Promo 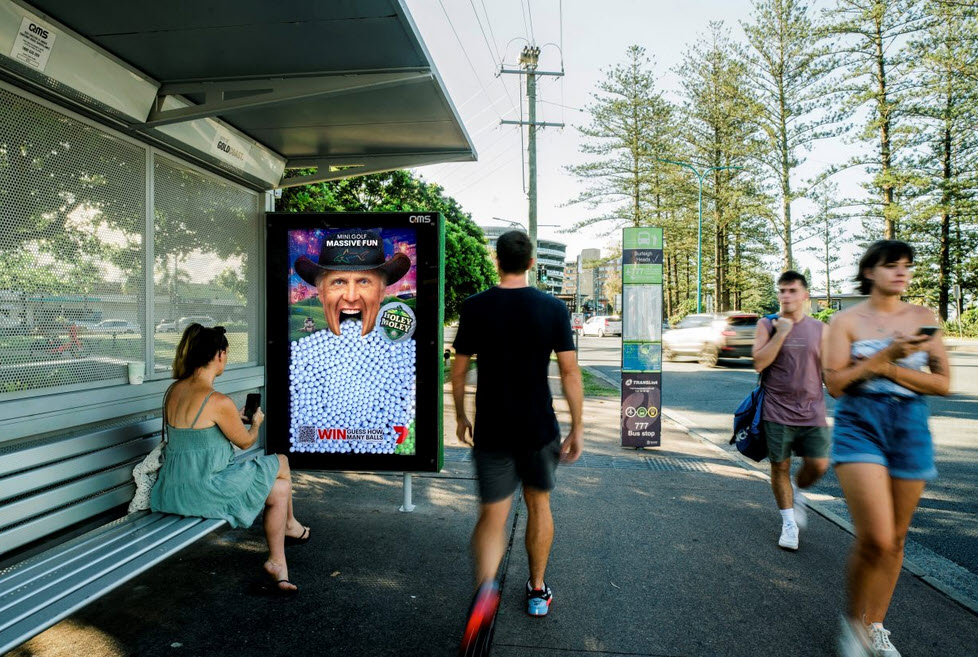 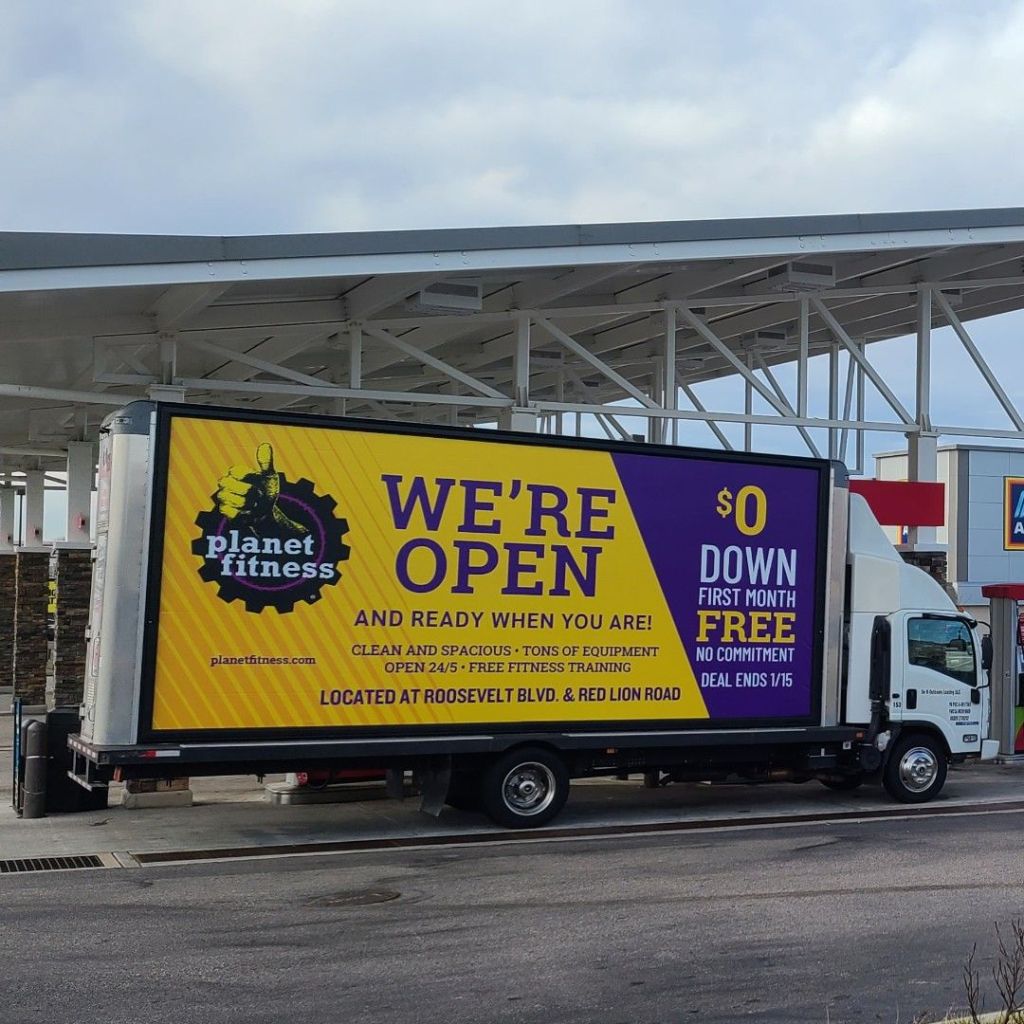 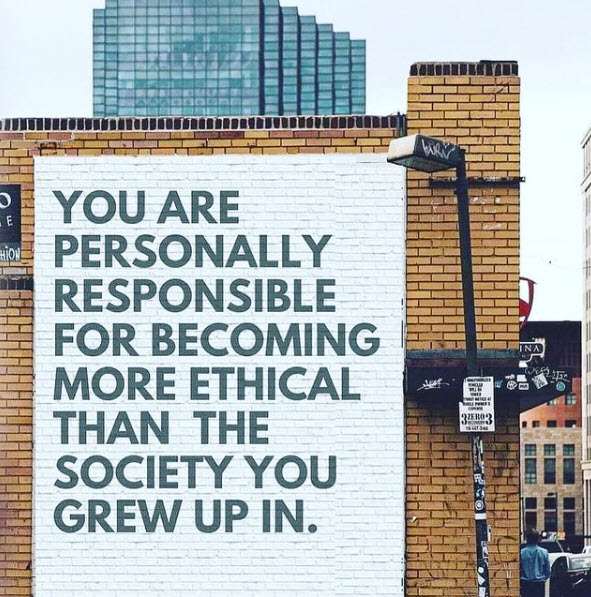 ‘Feeling alright. I’m not feeling that good myself’
Poster by Feel Good Club.
Follow them on Social media @WeAreFeelGoodClub for daily reminders
about how to look after your mental health. Global UK 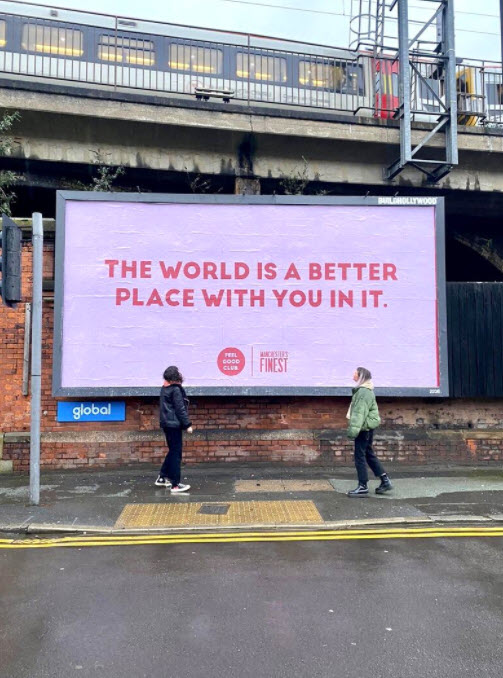 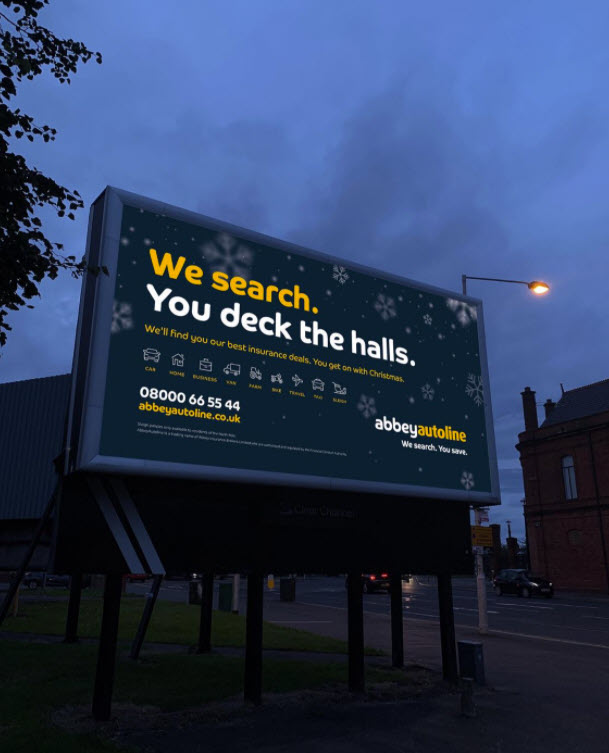 Be Here for Portland campaign that encourages support for the city’s small businesses. While you are downtown, be on the lookout for the beautiful billboards from Pacific Outdoor Advertising 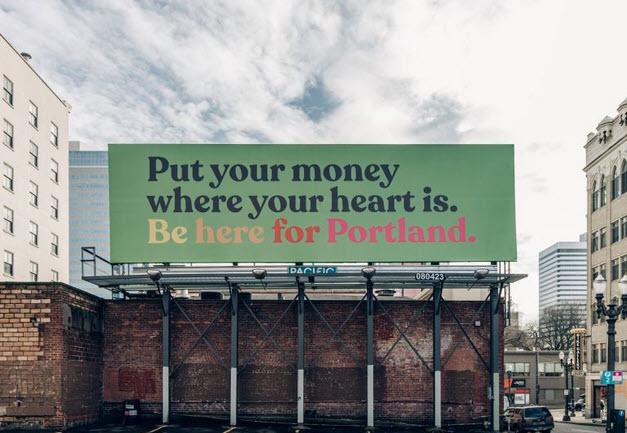 Get your money for nothing!
MTV or ATM.  Premier Outdoor Media
Check your local Royal Farms for no ATM fees and save a little extra cash. 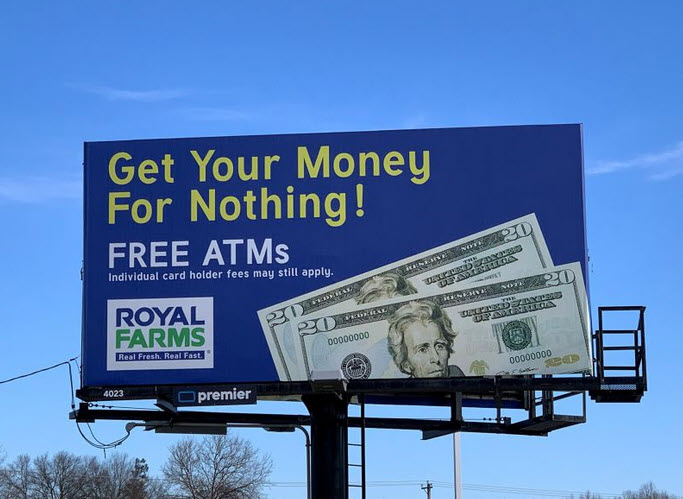 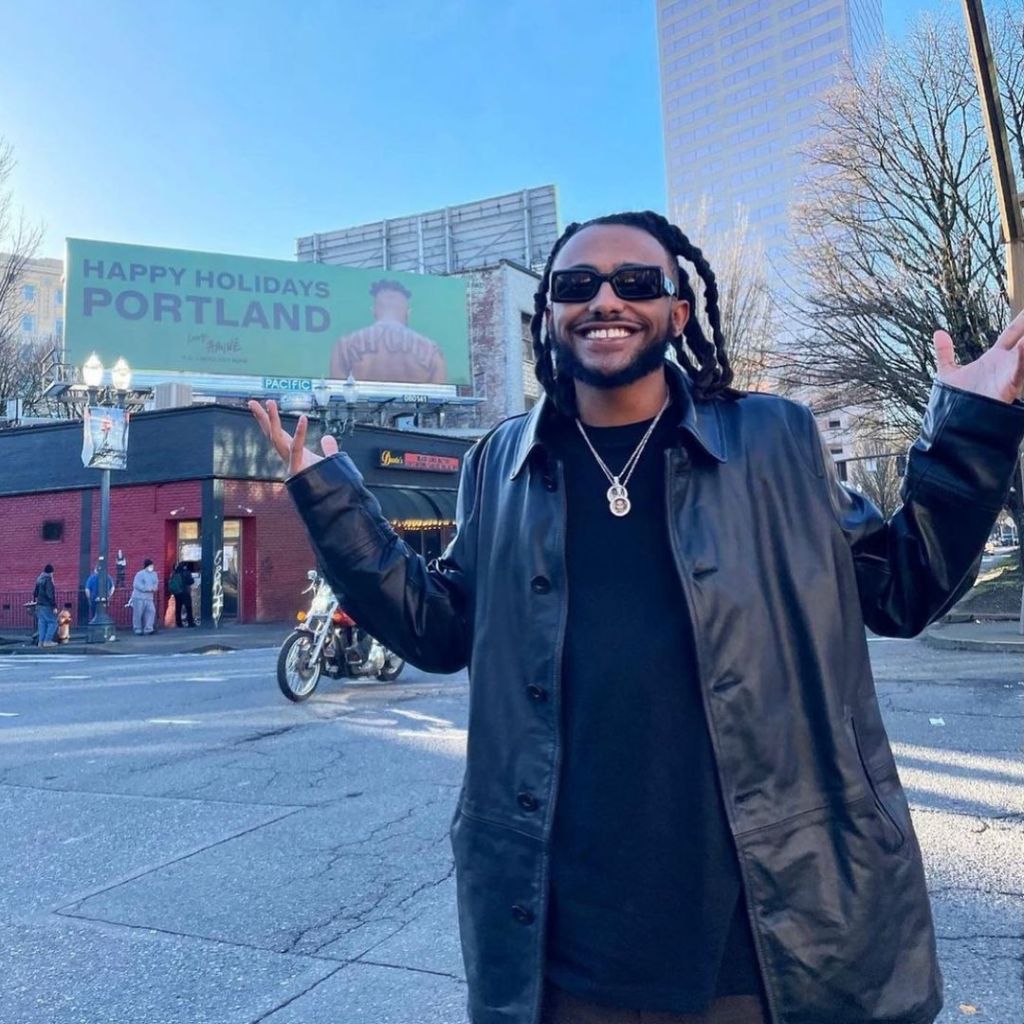 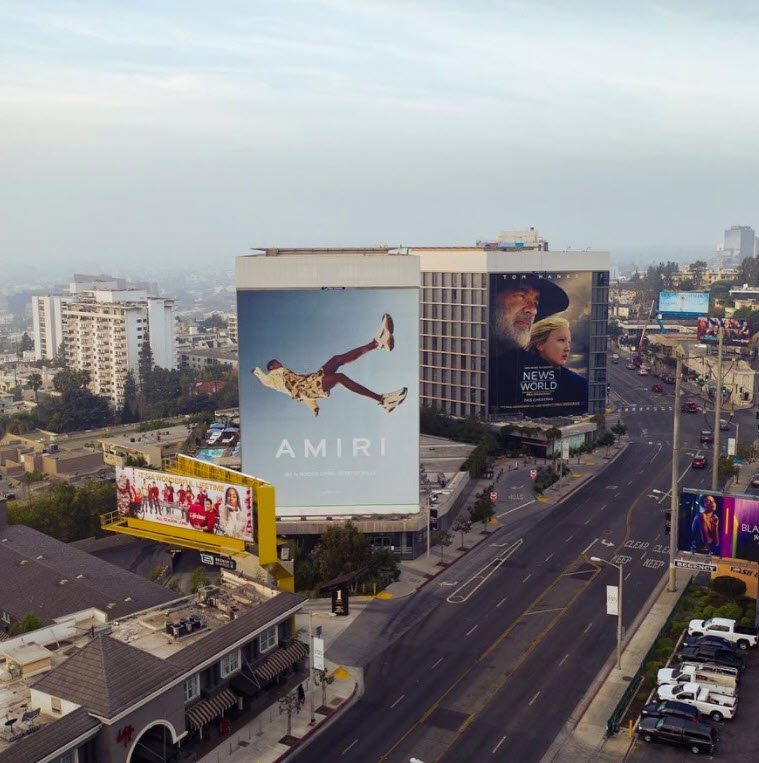 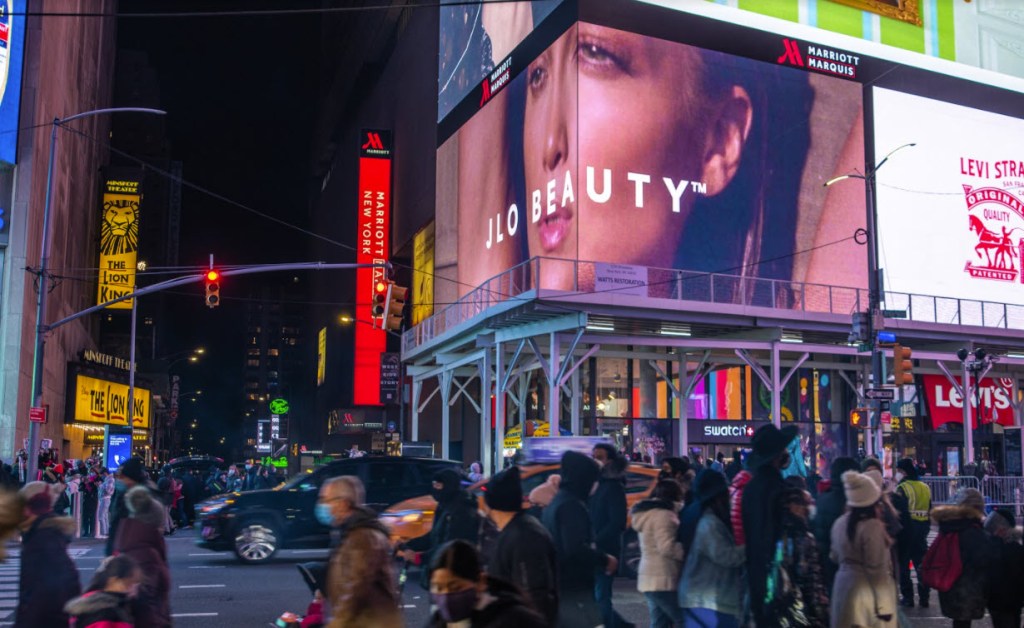 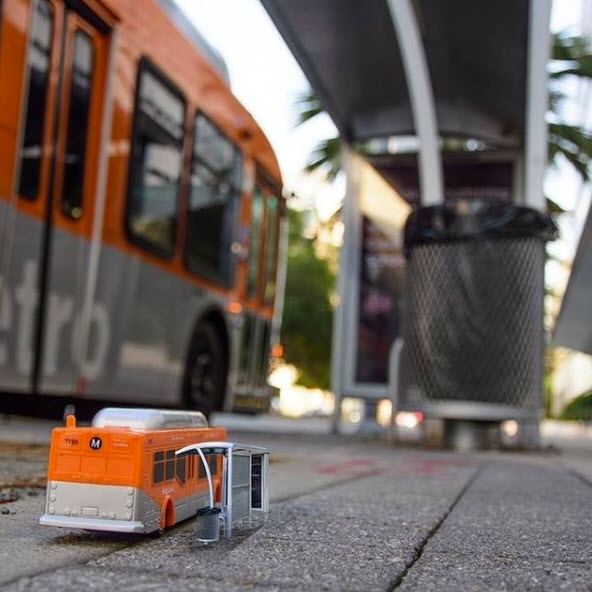 So You Want a Mobile Media Clinic? Your Mobile Experience