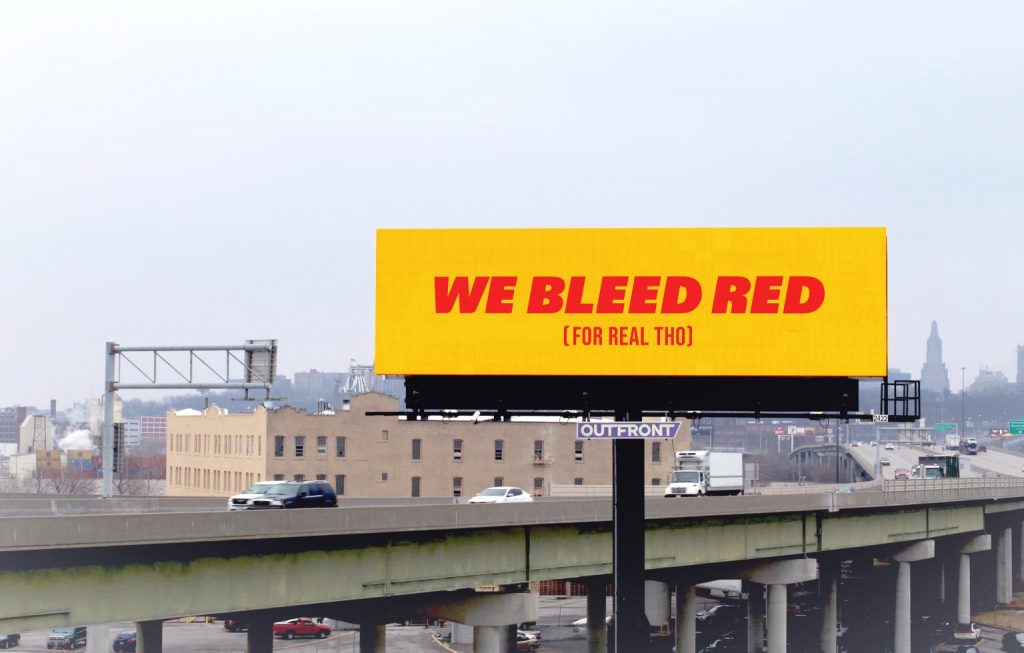 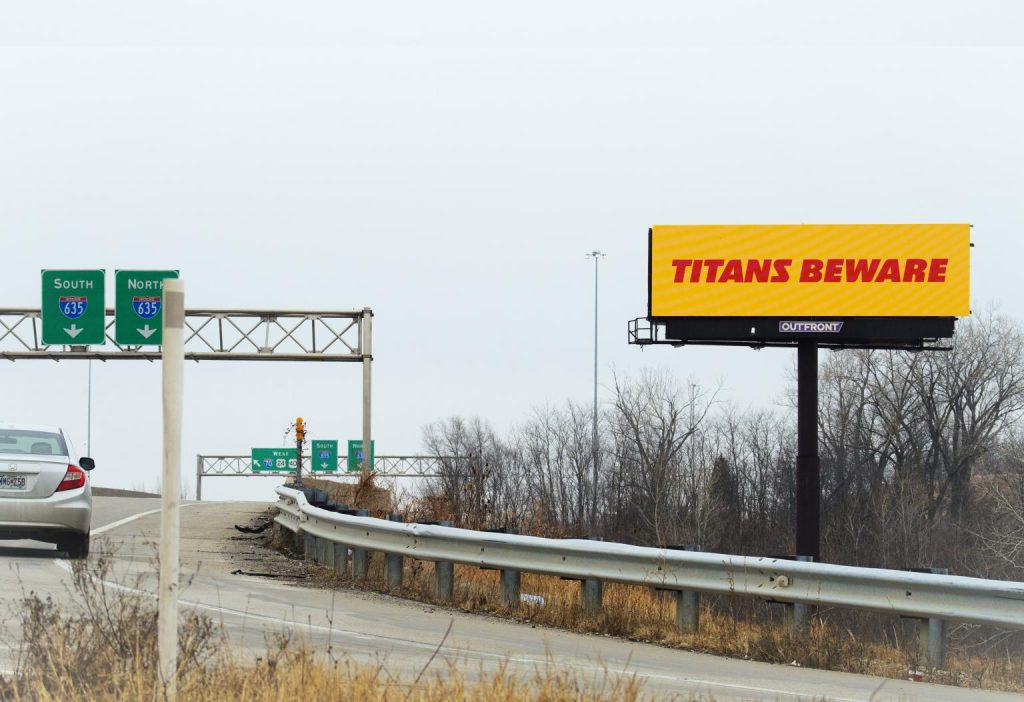 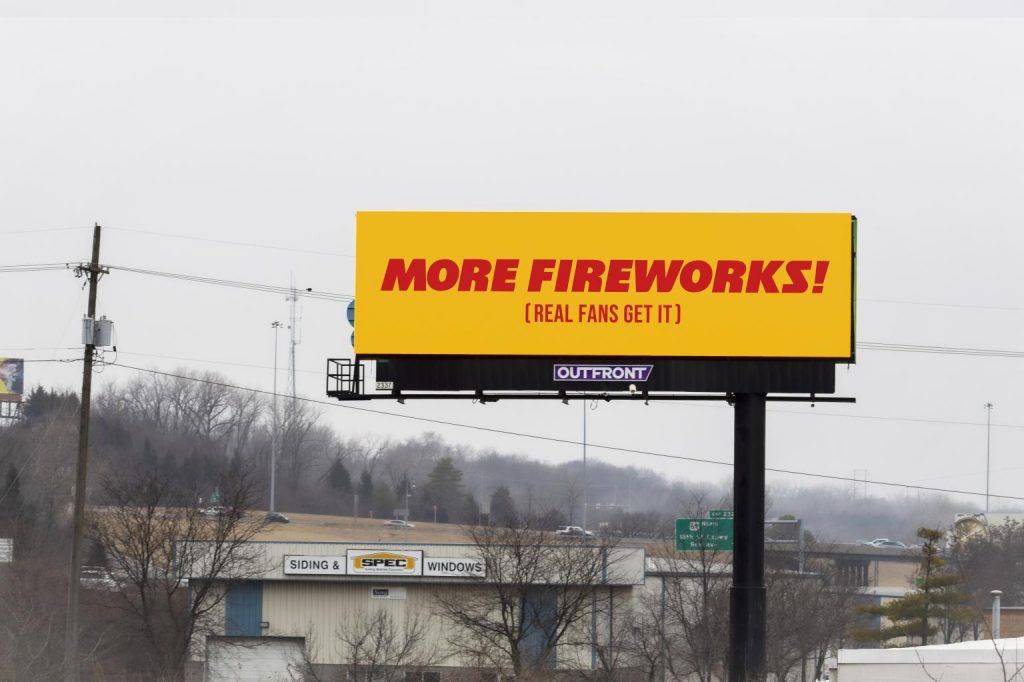 OOH Color the week YELLOW
Send your #OOHCreative for next week’s post:
BillBoard@OOHTODAY.com 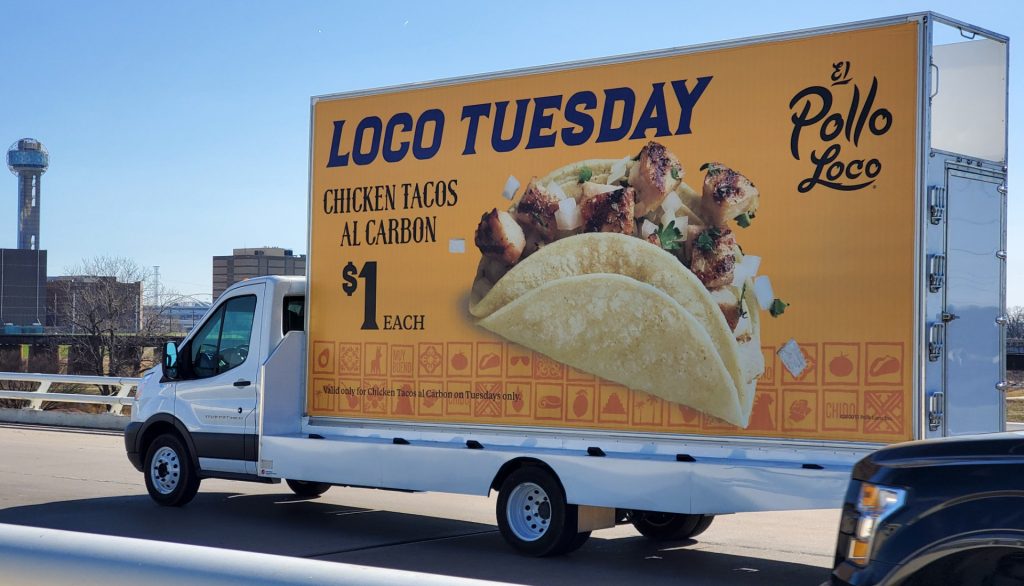 Anything goes for UK Underground with Gym Box 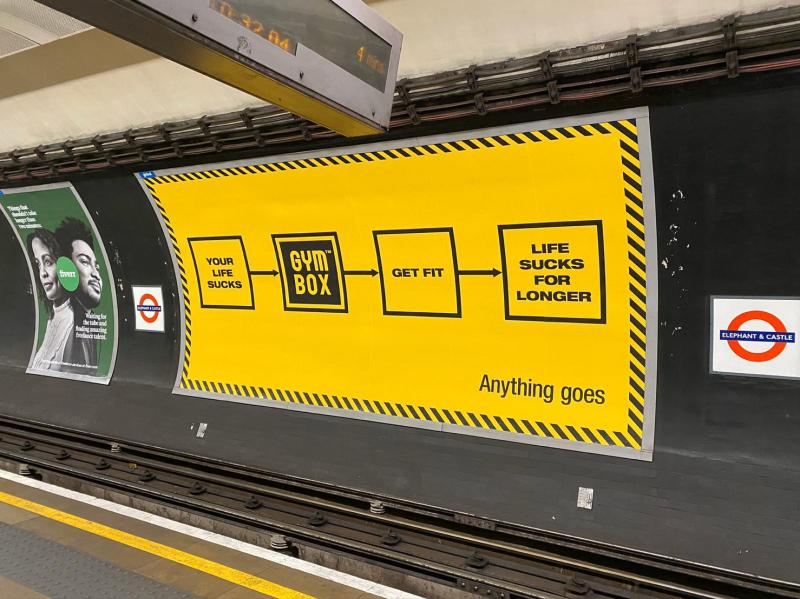 Tributes to Rush drummer Neil Peart, who died January 7, known by fans as “The Professor”.
Digital OOH billboards proclaiming “Farewell to the King”–a reference to Rush’s 1977 album, A Farewell to Kings. Fans sharing photos of the digital displays on social media. Lamar Advertising

‘Drink To The Future’
A statement designed to be filtered down to everyday habits & occasions, acknowledging all types of drinkers as well as inspiring new drinking occasions. Buses, billboards, rail, underground & across digital in London & Manchester. Drink To The Future with Seedlip.

Dos Equis at the NCAA Football National Championship in New Orleans on
Airport Shuttle Wraps! Dynamic, mobile, pedestrian-level advertising at Airport Curbside,
the Super Dome, the Fan Experience, Local Hotels and where the action is in the French Quarter!   ATMedia Outdoor 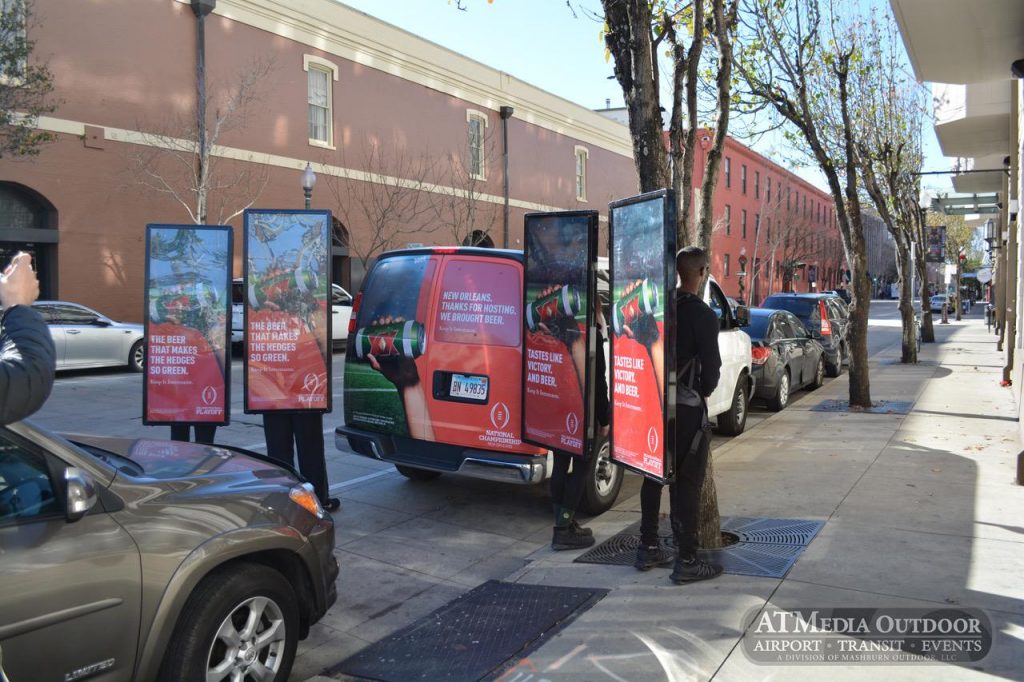 JCDecaux ‘do you almond?’ at the Waterloo Station UK —The Almond Board of California 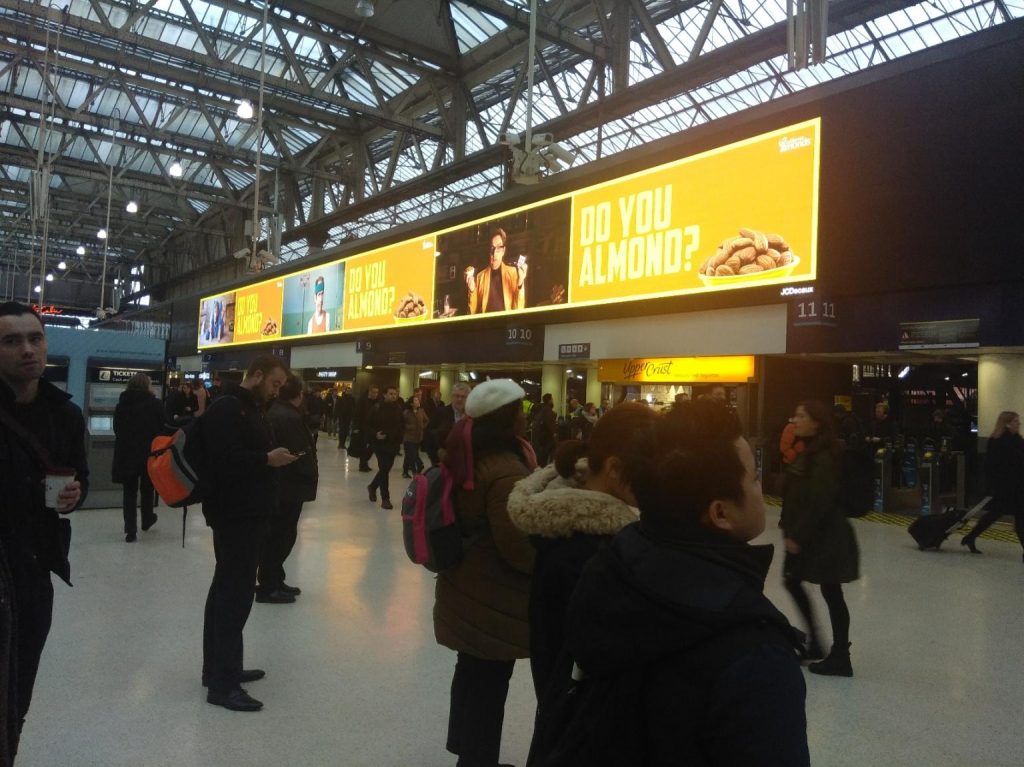 MANSCAPED on dasher boards at Professional Lacrosse League.  Yes they did! 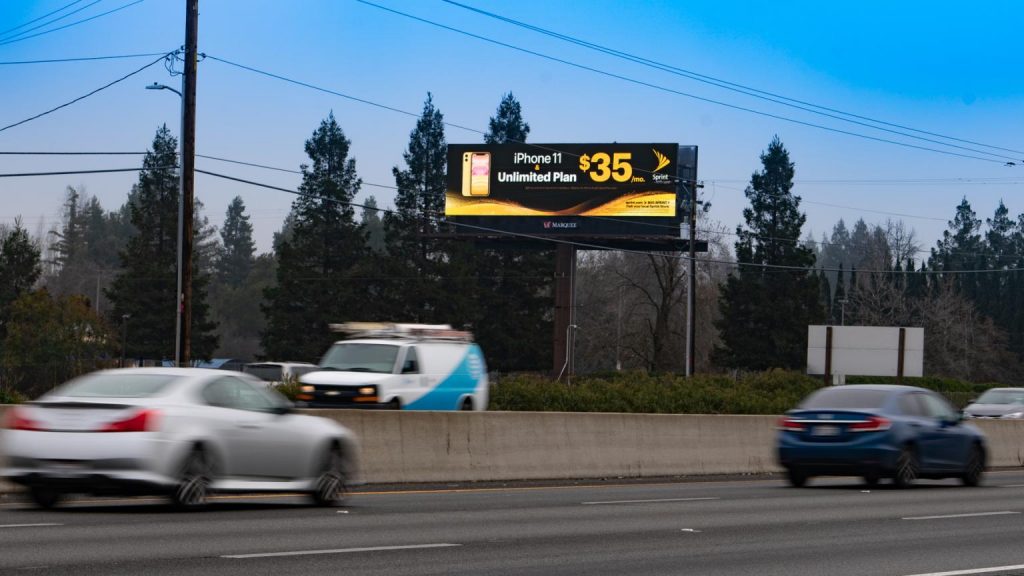 This Subtle McDonald’s Creative Makes You —and then, There It Is