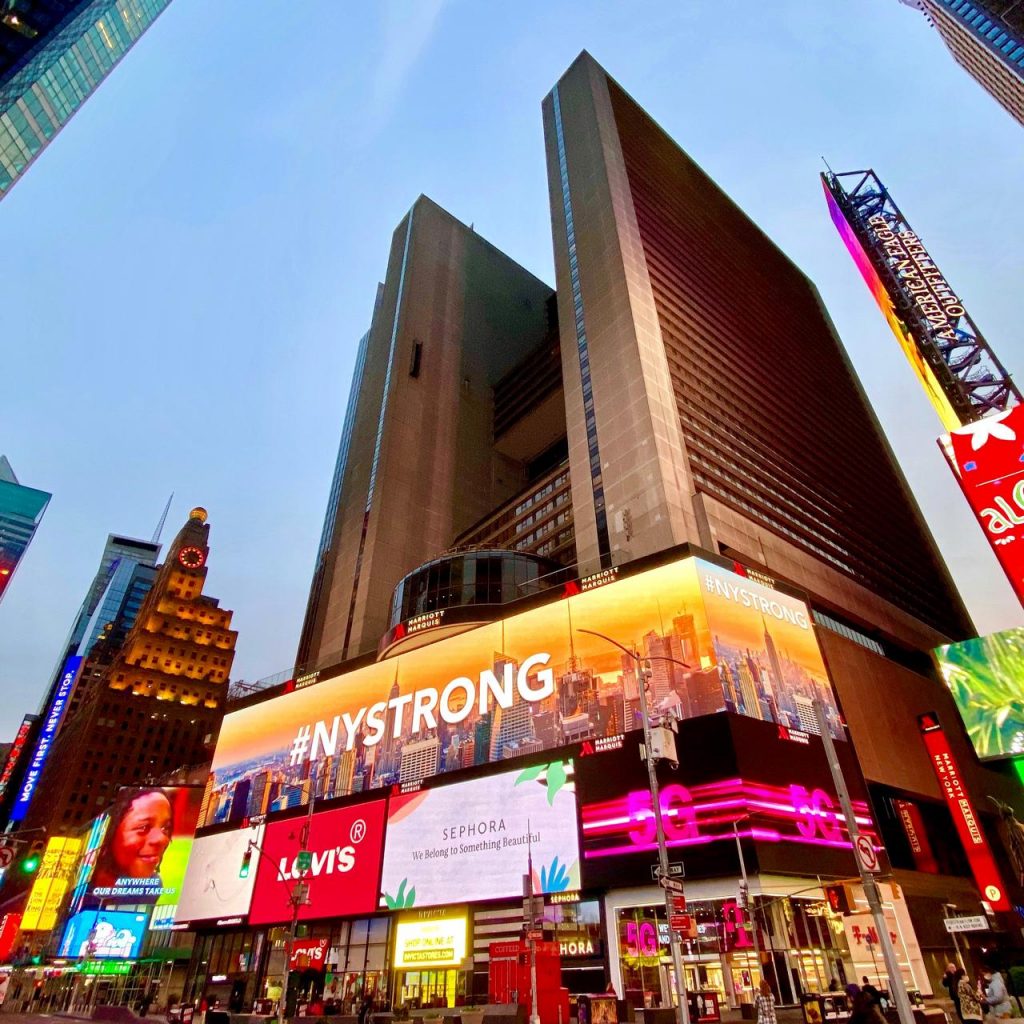 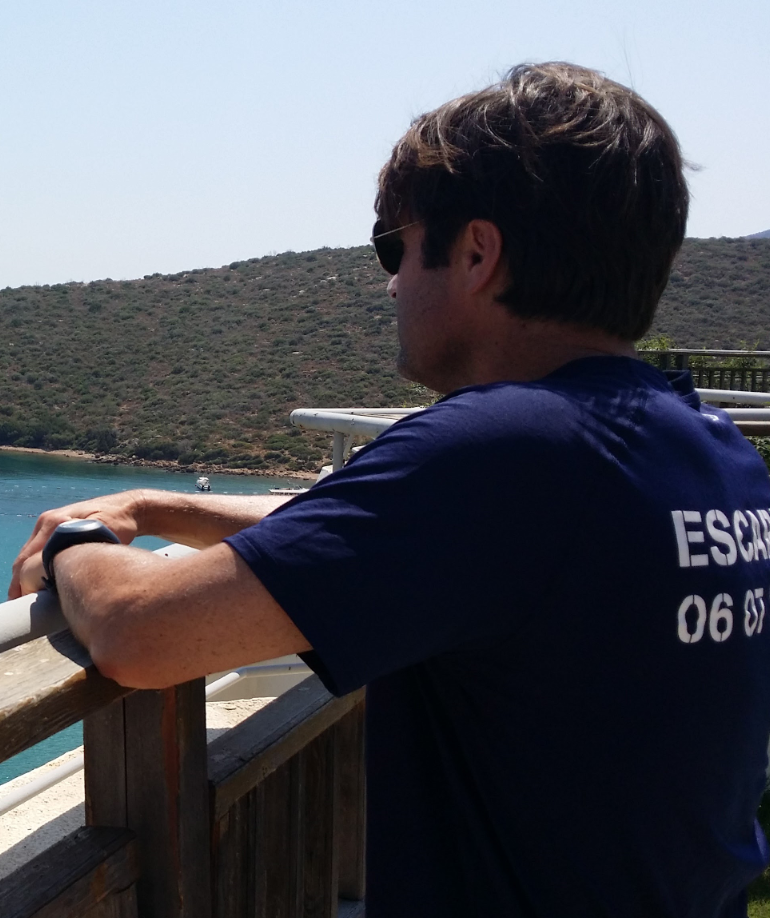 I was listening to Hugh Jackman give an interview recently.  I always had an appreciation for him (find me someone who doesn’t), but my God the guy is much more of a stud in the finest sense of the word than I ever imagined.  Spiritual, humble, good husband, good father, unbelievable live performer as well as movie actor, always laser focused on brining his best game, super appreciative for being able to his talent to the stage every night, happy to be alive…should I go on?  During the interview he recommended one book – Here is New York by E.B. White (ever here of it?…neither had I).  After dialing in his interview twice (he is that good) I decided I had to read the book.  Suffice it to say, it’s that good.  It’s short and packs a punch the way Catcher in Rye packs a punch.  White, after a stint in the Army during WWI and a graduation from Cornell, came to Manhattan to write.  After failed attempts with the A.P., the Seattle Times and the Frank Seaman advertising agency (as well as a go on a fire boat in Alaska) he finally got his break writing for the New Yorker shortly after its founding in 1924.  Long short, he was a dyed in the wool New Yawker until he moved to Maine in 1937.  One could speculate that his affair with and marriage to the literary editor of the New Yorker Magazine and his consummate shyness drove him out of New York.  But in 1949 he was invited by Holiday Magazine (founded right after the WWII to cater to the pent up demand for foreign travel via this new form of travel called the airplane) to revisit New York for a weekend and update the world on what a good place New York would be to visit.  As someone who once lived in New York, has done a lot of business in New York and continues to loves New York, I have to say how he captures the essence of New York is incredible.  Here are a few quotes that will give you a taste:

“On any person who desires such queer prizes, New York will bestow the gift of loneliness and the gift of privacy…The capacity to make such dubious gifts is a mysterious quality of New York.  It can destroy an individual, or it can fulfill him, depending a good deal on luck.  No one should come to New York to live unless he is willing to be lucky.”

“New York is nothing like Paris; it is nothing like London; and it is not Spokane multiplied by sixty, or Detroit multiplied by four.  It is by all odds the loftiest of cities.  It even managed to reach the highest point in the sky at the lowest moment of the depression.  The Empire State Building shot twelve hundred and fifty feet into the air when it was madness to put out as much as six inches of new growth.  (The building has a mooring mast that no dirigible has ever tied to; it employs a man to flush toilets in slack times; it has been hit by an airplane in a fog, struck countless times by lightening, and been jumped off of by so many unhappy people that pedestrians instinctively quicken step when passing Fifth Avenue and 34th Street.)”

“I Walk the Bowery under the El at night and all you feel is a sort of cold guilt.  Touched for a dime, you try to drop the coin and not touch the hand, because the hand is dirty; you try to avoid the glance, because the glance accuses.  This is not so much personal menace as universal-the cold menace of unresolved human suffering and poverty and the advanced stages of the disease alcoholism.  On a summer night the drunks sleep in the open.  The sidewalk is a free bed, and there is no lice.  Pedestrians step along and over and around the still forms as though walking a battlefield among the dead.  In doorways, on the steps of the savings bank, the bums lie sleeping it off.  Standing sentinel at each sleeper’s head is the empty bottle from from which he drained his release.  Wedged in the crook of his arm is the paper bag containing his things.  The glib barker on the sight-seeing bus tells his passengers that this is the “street of lost souls”, but the Bowery does not think of itself as lost; it meets its peculiar problem in its own way-plenty of gin mills, plenty of flophouses, plenty of indifference, and always, at the end of the line, Bellevue.”

Sound like he is writing about yesterday and not 1949?  All the same, that’s some Michael Jordan of literature kind of stuff!  E.B. White (yes the same guy that wrote Charlotte’s Web) can make the plume sing!  Still digging out of the pandemic mess, I sure do hope that Manhattan and its other 4 boroughs are able to return to their former greatness.  My guess is that OUT, CCO, LAMR and JCDX, as well as many others, vested or not, feel the same way.

The real reason for my ramblings this week.  With the final 4 in full swing, and it being one of the greatest sporting events since Ben Hur got his groove on, I thought it only appropriate to honor a man that changed the face (and economics!) of sport forever.  Anyone ever heard of Bill Rasmussen?  I hadn’t either.  Why is he so important?  He founded a little start up in Bristol, Connecticut called Entertainment and Sports Programing (aka ESPN).  In terms of a hard driving, risk taking, visionary media entrepreneur, I would hold him up there with the best of the best.  After a stint with the Air Force (as he puts it his philosophy can be reduced to three “S”‘s:  Strive, Serve your family, Serve your Country), Bill built a nice forms business for the advertising industry (think ad insertion orders in triplicate), but his first love was sports (he was close to becoming a professional baseball player).  So he sold this business before the age of 30 and, without any experience convinced a radio station in Western Mass to allow him to cover College football, even though he knew nothing about football or announcing a sporting event.  He then parlayed this into a job as sports director at a local TV station in Springfield MA.  After working for and then getting fired by the New England (Hartford) Whalers in 1978 he took a cash advance of $9,000 on his credit card and started ESPN.  He had to of course convince a bunch of young cable companies that he had viable content, convince a bunch of division III college sports programs to allow him to “borrow” content and he had to convince a satellite company to give him satellite time and a satellite dish on “installment”.  Talk about some H&H…aka hustle and chutzpa…he had it in spades.  And is a tremendous individual to boot.  The interview is well worth the listen.

You can find it here:

(Note the portion of the interview that really brought a chuckle was when, after he spent his 9k, has some traction and it was time to expand the business, he went to raise funds from Pittsburgh Plate Glass, Getty Oil (who really wanted to get in the TV business), Campbells Soup Foundation and Staff Broadcasting.  After a nice lunch with the chairman of Staff Broadcasting the guy walked him to the car and said young man your idea will never work and by the way cable will be out of business within 3 years.)

And lest you think you don’t have the time or the appetite, here are a few quotes that will hopefully change your mind:

Bill Rasmussen: Well, it wasn’t always that way. In our early days, some of the men in the audience got so enamored with the ESPN that we were on the air barely a year and we were named in a divorce action. A lady in Texas included us because her husband was paying more attention to ESPN than he was to her. And when they arrived in Bristol, our general counsel and our whole legal department, was only one person. So our general counsel went, “Oh, my, we’re dead. What’s going to happen?” And our PR lady said, “We want to spell her name right.” And she put out a press release. And that turned out to be the first of many times, ESPN has been frequently named in divorce suits for alienation of whatever. I don’t get it, but —

Tim Ferriss: So you guys are both to the point and you like six words a lot. I don’t know if this will end up being six words, but if you had a gigantic billboard and you can put anything on it. And of course, what I’m asking is really, if you could get a short message out to a huge audience, what would you put on that billboard?

Bill Rasmussen: So yeah, back to six words again.

Bill Rasmussen: And back to the two networks I work for, “Always be curious, never be complacent.”

I leave you with one more quote from E.B. White, good day and good week:

“I have always felt that the first duty of a writer was to ascend — to make flights, carrying others along if he could manage it. To do this takes courage, even a certain conceit,” he wrote. “Jacques Cousteau tells us that the sea is dying; he has been down there and seen its agony. If the sea dies, so will Man die. Many tell us that the cities are dying; and if the cities die, it will be the same as Man’s own death. Seemingly, the ultimate triumph of our chemistry is to produce a bird’s egg with a shell so thin it collapses under the weight of incubation, and there is no hatch, no young birds to carry on the tradition of flight and song . . . .

“But despair is no good — for the writer, for anyone. Only hope can carry us aloft, can keep us afloat. Only hope, and a certain faith that the incredible structure that has been fashioned by this most strange and ingenious of all the mammals cannot end in ruin and disaster. This faith is a writer’s faith, for writing itself is an act of faith, nothing else.”

One last thing.  Where did the title come from?  try both of these.

2022 GO On Track To Be The Most Attended OOH Conference Ever!