Ohhh, Now I Get It

Once A Week, Never Weakly. So They Say

Yesterday afternoon, on a beautiful Memorial Day Sunday, I took a ride to my friend Dennis’s house. Dennis, who hails from a small town in North Carolina, is terrific with every form of barbecue and smoked meats. So I went to pick up some freshly smoked, sliced hog, some of his World Famous Hawg Slaw, and some homemade mac & cheese that somehow he cooks on a smoker. We’ve been going thru this routine during certain holidays and Super Bowl for over five years. Most importantly it’s an excuse to spend a few hours chatting it up with one of my oldest friends here in the DC area. He was also a housemate of mine for a few years in between my fourth and fifth marriage. I think.

I mean, it took a while to recover when Morgan Fairchild left me, so why not hole up with a former sports writer, now a sports novelist/editor, and serious pit-master, all on one? Talk about a rebound, I was the envy of every divorced man. And I gained a lot of weight.

So yesterday when we sat down in his living room and started discussing, well, virtually everything, he asked a logical question that I’m sure many people want answered, but are afraid to ask. Keep in mind Dennis has known that I’ve worked in the out-of-home media industry since 2001. He’s seen all the mini-billboards, movie transit-shelter posters and a few framed Joe Camel ads, all over our house. In fact , a very wide, Joe Camel bus side ad, framed in gold, hung over the mantle on my fireplace. It stayed there until wife number six came along and immediately took it down saying this is not a good influence for my four-year-old son who lived with us. She was probably right.

Indeed, we were the real life “Two and a Half Men”, although I’m not sure who played the Charlie Sheen role.

So it was obvious to Dennis that I worked in the billboard industry. When we sat yesterday, we started talking about some writing and editorial projects he had been working on. I told him I understood the importance of good editing and he said on occasion he would read my Wednesday pieces in OOH Today. 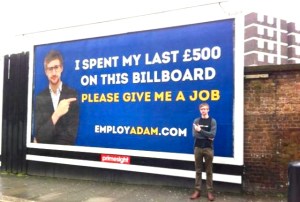 Except there was one thing that bothered Dennis. The question went like this: “so tell me, Phat Boy”, his 30 plus year nickname for me, “I keep seeing the initials OOH, what the hell does that stand for? Are you trying to say the word OH, but don’t know how to spell it? I thought you went to college?”

And there-in my media friends, lies a major problem with why our industry doesn’t grow like it should. Most, even mildly educated humans, can’t figure out what OOH means. Don’t even get me started on pDOOH.

Around six years ago, at one of the “OOH” conferences, a very smart and well-experienced media owner emphatically proclaimed it was time we dumped the word “billboard company”, and go with “out-of-home-media”. He felt that this explained, in much more professional terms, what our medium really does. It made sense, except for one thing. Everybody and their dog knew what a billboard was, they’ve been around forever. But OOH? Why try and change a term that has been so successful for so long?

It was like renaming Santa Claus. It’s hard to top the original name. New Coke? How long did that last? Just give me a Coke. I don’t need a new one.

And Dennis isn’t the only person I’ve come across that needs to clarify what the acronym, OOH means. Something tells me that is not a good sign when we have to explain this.

A few years back when I was trolling for new clients to buy out-of-home media for, I remember making a phone call to a major, name brand company. I got the chief marketing officer on the phone. He said. “how may I help you”.  I told him I was a rather large media buyer for well-known company. He then asked a logical question, “what kind of media do you buy?”

I thought here’s my chance to show off how hip and trendy I am.

There was a bit of a long pause, then a deep breath. “Boy, what the hell is out-of-home media?” I said, quickly as I tried to rebound, “billboards, sir, I buy billboards all over the U.S.”

“Why didn’t you just say so”, he said with a chuckle. “Everybody knows what billboards are sure, let’s hear what you have to say”. I never used the phrase out-of-home media again. 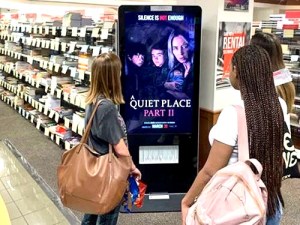 Now when I travel, and I strike up a conversation with the person next to me, they say hey what are you do for a living? Because they never would believe that I was a male model, I just tell them the truth.

I tell them I work in the billboard industry. You know, the big signs on the side of the highway. They can also be those cute little TV sets on gas pumps, or those little screens where you checkout at your grocery store. These are all billboards just different forms and different technologies passing along the same information.

They don’t say I’ve never met anyone in out-of-home media.  Or OOH. ’cause nobody would understand that term who isn’t really in our industry. And isn’t that what we’re trying to do, convert people who don’t currently run their advertising in our business to consider using us? How else do we grow unless we can convert dollars from other forms of advertising into ours? How can they consider using us if they have to ask “what do you mean, what is out-of-home media? And why do you keep yelling OOH in all caps?”

Now I don’t know if I just solved our years long issue of slow sales growth. If I did, you all owe me a lot of money. But somewhere along the way we lost a little bit of our identity, a little bit of what made us special. At the recent conferences, both World Out of Home and Geopath/OAAA, the phrase “we are going through another golden period right now” kept being used. As if we are in some sort of out-of-home media renaissance. Ok, maybe we are. But if we are truly going through another golden period, why not to continue to incorporate the word that got us this far, that one word everybody knows when we bring it up what we are talking about, the word when we make cold calls we always say what it is.

Billboards. The one word that everybody understands. It’s the one word that everything else in our industry descends from. If this is truly another “Golden Age of Out of Home”, then let’s not forget what word brought us to where we are today and continue to keep that all encompassing word in our lexicon, as well as our sales pitches.

So next time someone asks me what do I do for a living, I think I’ll incorporate both terms. “I work in out-of-home media, you know, billboards”.  Saves me a lot of explaining.