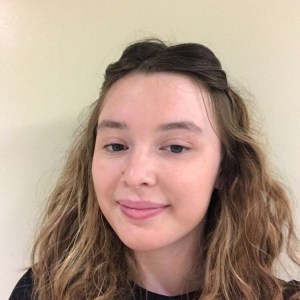 Let’s play a game of ‘One of These Things is Not Like the Other’: on the official website for out-of-home trade association Geopath, the organization is listed as having a total of 273 members. Scrolling down the proud display of agency logos on trade group DPAA’s website will give you a membership total of at least 160.  And the membership count for OAAA, the third out-of-home trade association on our list? A whopping 969.

No prizes for guessing the right answer. Looking at these numbers upfront may be a bit of a shock to any OOH newcomers trying to scope out the field’s trade groups. It seems, at first glance, that not only does OAAA’s membership count outrank those of its counterparts: it absolutely blows both of them out of the water.

But anyone wanting to dive deeper into these numbers may just find an entirely different story. Try hopping over to the OAAA Membership Directory now, and type in the name of any advertising company that comes to mind—Lamar, for example. Typing the name ‘Lamar’ into Geopath’s directory yields only a single result: Lamar Advertising, headquartered in Baton Rouge, Louisiana.

But if you do the same on OAAA’s website, the results go on for 15 whole pages. There’s a Lamar Advertising in Fort Wayne, Indiana. A Lamar Advertising in Anderson, South Carolina, and another in Arlington, Texas. It’s enough to leave any OOH enthusiast bewildered. How is it possible that OAAA can declare over 150 members from just one single OOH Owner? What is happening?

A Look Behind the Curtain

The answer is pretty simple. Instead of counting any one plant who joins their association as a single member, OAAA typically counts as a ‘member’ every office or plant owned by that OOH company. The Big 3 are precise cases in point. Lamar Advertising has about 180 offices around the country. Therefore, in OAAA’s book, that counts as 180 members.

So yes, as long as OAAA continues this reporting approach, their amount of ‘members’ is always going to completely flatten the numbers of DPAA or Geopath. Indeed, to many first glancers, OAAA might appear to be almost the size of the U.S. Travel Association—which boasts about 1,100 members.

There’s no doubt that this kind of approach raises some eyebrows. At best, many OOH experts probably dismiss this method as OAAA’s all-too-convenient twist on its own numbers. At worst, they may accuse it of being a purposeful misrepresentation of data.

But it’s worth looking at the other side of the coin. Could there be more uses to this method than just pumping air into OAAA’s membership numbers? There may be a growing coalition in OOH that might say yes. After all, there’s an argument that OAAA’s portrayal of the many ‘members’ of Lamar is a more honest portrayal of the true size of OAAA’s footprint, highlighting the physical amount of property that OAAA is involved in across the country.

from an advocacy standpoint, it might just be absolute genius.

And more than just an attempt at realistic depiction, this method might advantage OAAA for more reasons than just overshadowing its competitors. OAAA’s official headquarters are based in D.C. On a list of a “typical day” at OAAA on their website, “lobbying Congress” is indeed the first item on the agenda. By emphasizing their geographical presence in the US, the ‘official’ presence of OAAA will cover more Congressional districts and thus more likely to be of interest to more Congressmen. They have more of a chance to speak for their members, as well as more of a chance to promote some agendas of their own. And from an advocacy standpoint, it might just be absolute genius.

Regardless of opinions, OAAA’s method of counting their members probably isn’t going to change anytime soon. But its unconventional nature—to our knowledge, there aren’t many other trade associations who do the same—will more than likely continue to turn some heads.

Is it a smoke-and-mirrorsing of their own raw data, or a display of honesty about their true impact? Salt in their competitors’ wounds, or an ambitious gambit for more political advocacy?

It’s a tricky one. On this guessing game, we’ll let you decide.