Drive around Coke's HQ, the Coca-Cola Museum, and the GA State Capitol 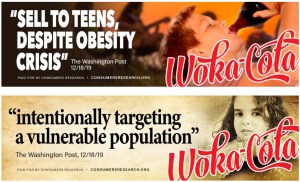 WASHINGTON, — Today, Consumers’ Research  launched a series of new advertising efforts aimed at Coca-Cola for cozying up to woke politicians instead of servicing their customers.

The new ad and mobile billboards, which will be driven around Coke’s Headquarters, the Coca-Cola Museum, and the Georgia State Capitol for the next four weeks, highlight Coke’s use of forced labor in China, their contributions to the obesity crisis, and other health concerns related to their product. The launch includes the following :

“Today, we are launching AlwaysWokaCola.com and the accompanying ads as a satirical reminder to Coke to focus on their consumers, not woke politicians. The company has taken its eye off the well-being of the customer. Their products continue to contribute significantly to childhood obesity, they have sourced sugar from companies in China reportedly using forced labor, and they have such poor quality control that racist directives, like “be less white” are included in staff trainings” said Will Hild, Executive Director of Consumers’ Research.

These latest ads are part of Consumers’ Research ongoing campaign known as the  Consumers First Initiative, a major “name and shame” campaign against corporations that try to distract attention from their corporate failures by playing woke politics.

Hild’s message is clear, “Any corporation who decides to distract from their misdeeds by taking radical positions on political and social issues that are unrelated to their business to garner positive praise from woke politicians and press is on notice, it’s not going to work.”

You can view all of Consumers’ Research ads here: 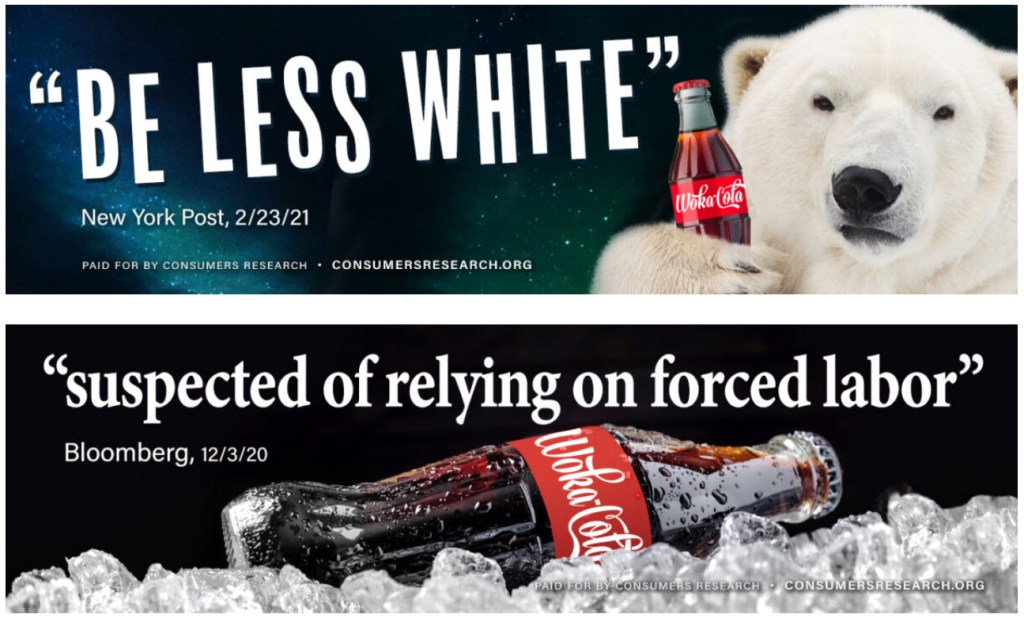 About Consumers’ Research:
Founded in 1929, Consumers’ Research is an independent educational 501(c)(3) nonprofit organization. Its near century old mission is to increase the knowledge and understanding of issues, policies, products, and services of concern to consumers and to promote the freedom to act on that knowledge and understanding. Consumers Research frequently comments on the effects that laws, regulations, and government programs have on consumers. For more information visit: http://consumersresearch.org.

Help us Help You, by keeping the only Independent Voice for OOH free.
Please Subscribe to OOH Today it’s free of charge.
If you read OOH Today via LinkedIn, thank you. To ensure you never miss a post
and support unconstrained speech for the OOH/Billboard Industry,
please click here to ⇒Subscribe to OOH Today