Kim and Pete. Rihanna and A$AP. Fries and ketchup

Kim and Pete. Rihanna and A$AP. Fries and ketchup? Like other famous couples, McCain Fries and Heinz Ketchup let a new romance play out on social media. It started on February 1 when followers of both brands noticed that @McCainCanada and @Heinz_ca had unfollowed everyone on their Instagram accounts – except for one another. 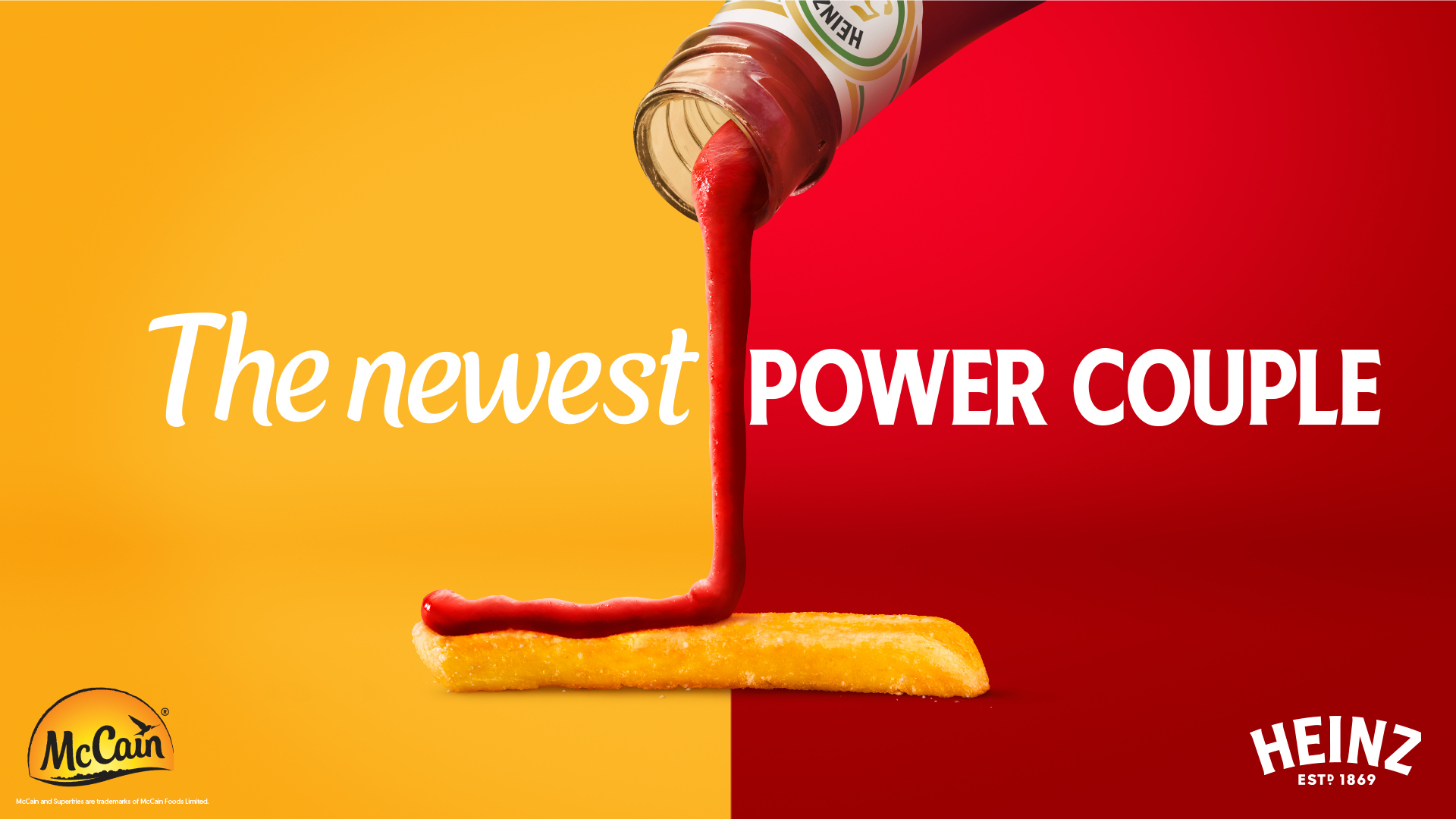 Over the next few days, flirty tweets turned into more extreme displays of love. McCain sent Heinz a tray of floating French fries to eat in the bathtub after a long day. Heinz introduced jewelry, sharing a gold locket filled with ketchup – showing how McCain dunked its way into Heinz’s heart. Risque photos and hand-carved potatoes were exchanged.

“Things seem to be moving really fast for this couple. Which is funny, because Heinz Ketchup is notoriously slow.”

Later, new billboards were spotted in front of McCain and Heinz’s corporate headquarters in Toronto.

“Fries and ketchup are at the height of their power together,” said Matt Kohler, Managing Director, Canada Retail, McCain. “They bring to mind history’s most compelling couples: they’re great on their own, and unstoppable together.”

About McCain Foods Canada
McCain Foods (Canada) is the Canadian division of McCain Foods Limited, an international leader in the frozen food industry. McCain Foods is the world’s largest manufacturer of frozen potato specialties, and also produces other quality products such as appetizers, vegetables and desserts that can be found in restaurants and retail stores in more than 160 countries around the world. In Canada, the company has eight production facilities with approximately 2,400 employees and, in addition to its famous French fries and potato specialties, makes frozen desserts, snacks and appetizers.