Lamar Takes Lead in Speaking Out Against State Do Over 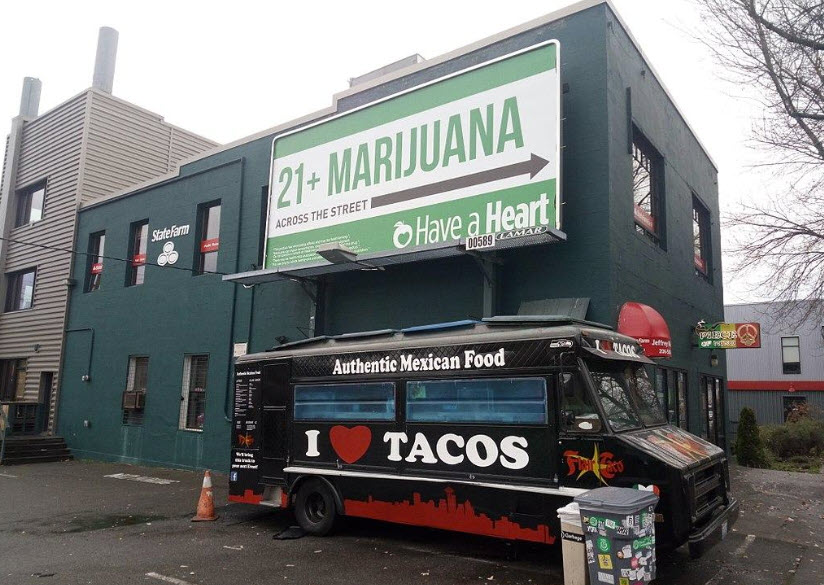 State of Washington has a bill under consideration as of Tuesday in a House Committee.

Tough headlines to wake up to this morning no matter where you are.
Everyone is hoping for the legalization of marijuana to pad their coffers, from advertising entities to stock market investors to Outdoor Advertising companies. It is a pony everyone wants to ride. What has happened to make the state legislature in Washington to want a ‘do over?’  They already revised changes to Marijuana Advertising Laws effective July 23, 2017.

What has happened to make the state legislature in Washington to want a ‘do over?’

Members of the House Commerce and Gaming Committee said they are concerned with the proliferation of marijuana billboards. Representative Melanie Morgan, a Democrat stated, “Every two to five miles, there’s a billboard advertising marijuana.” “There’s too many, especially for our children.”  Yikes! We all wish Ms Morgan would not have said that.  So is it true?  Does it matter?

OOH Today has not seen the Washington OOH market in years.  We can not say whether there are ‘too many’ billboards advertising pot or not. What we do know, from our experience of 40 years in the business, is when Out of Home over does it, when a market(s) goes over the top, for example, build too many boards in one area even though it is legal, cuts too much vegetation legally, advertises too many strip clubs or goes over the top on any one controversial product or service, legal or not, we open ourselves up to intense and emotional scrutiny.

when Out of Home over does it, legal or not, we open ourselves up
to intense and emotional scrutiny. 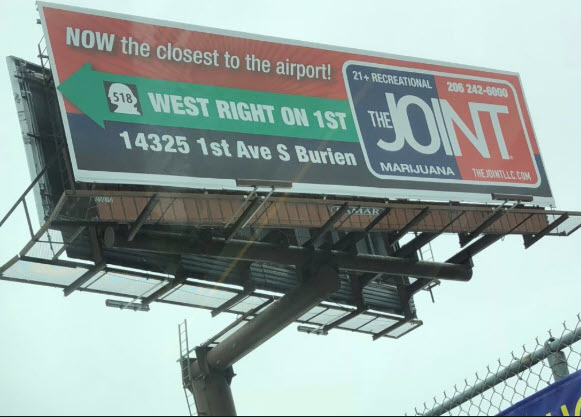 Are there too many billboards advertising marijuana like Washington Representative Morgan suggests?  It is very difficult to remain disciplined in the face of easy money rolling into one’s business.  #OOH is no exception. I trust we did not shoot ourselves in the foot and over indulge.  For those who say, ‘it’s legal, we have the right,’ you are absolutely correct.  That does not make it a wise decision.  Continued lobbying efforts, court costs, time, regardless of outcomes are costly. We believe, in most cases, effective management keeps us out of the headlines and fat in the bottom line.

The billboard industry argues legal marijuana businesses have a right to promote. So what is the team in green, Lamar Advertising, not the marijuana stores, saying?

Mike Luinstra, Senior Account Manager of Lamar Advertising in Tacoma and 22 years OOH experience, “The people of Washington have already spoken. They voted for (marijuana) to come out of the shadows.  Marijuana stores already can’t advertise on television or radio because of federal restrictions. The state places strong restrictions on what the stores can say on the billboards, so that it’s basically the name, the location and the fact that buyers must be over 21.”

James Worhle, 5 years with Lamar as Account Executive in Spokane added;  The state, the marijuana businesses and others negotiated restrictions on billboards to keep them from advertising to minors. Those restrictions went into effect in 2018 and should be given a chance to work. In Spokane County, marijuana stores are a significant part of the company’s business, Worhle said. If cities, towns or counties have a problem with advertising, they could adopt local ordinances, he went on, but the state shouldn’t.

The House Committee will decide whether to send the bill to the full House in the coming weeks.

Is the OOH Ready for Shelley Zalis?