Baton Rouge, LA –Lamar Advertising Company today announced the launch of #LamarLovesNurses, a digital billboard campaign to honor the sacrifices and hard work of our nation’s nurses. The campaign launches in conjunction with the start of National Nurses Week. 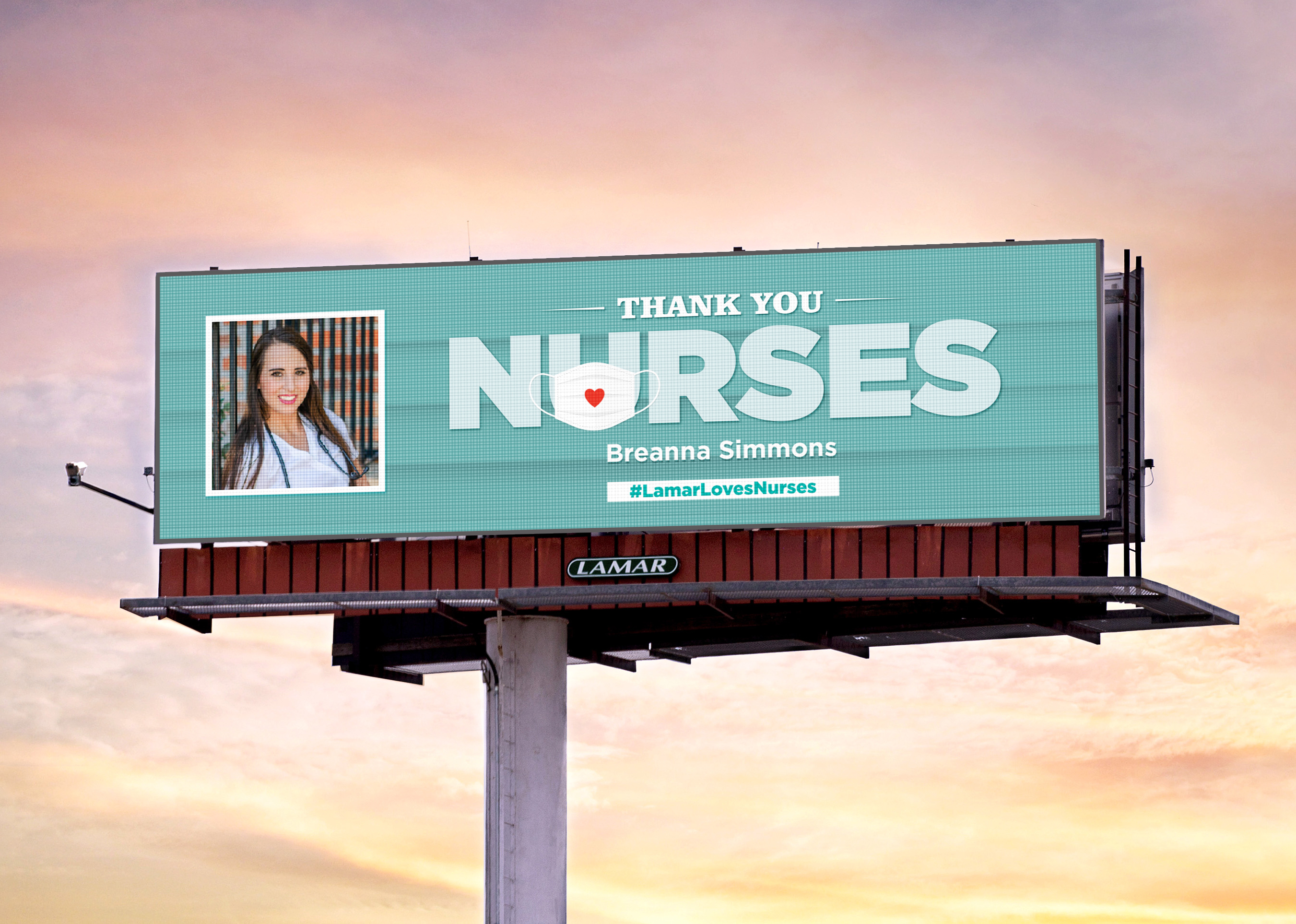 Beginning today and extending through National Nurses Week (May 6-12), Lamar is displaying the names and photos of nurses on its digital billboard inventory in more than 125 U.S. markets. The nurses to be featured were submitted to Lamar in April. In all, approximately 2,460 nurses will be displayed on more than 600 digital billboards across Lamar’s national network.

“The sheer number of submissions we received for this campaign is a great reflection of how much people value and recognize all that nurses have done, and continue to do, to keep us safe,” said Sean Reilly, CEO of Lamar Advertising Company. “We are honored to be able to use our national digital billboard network to remind people to recognize and appreciate the work of our nurses.”

Submitted nurses’ names and photos will be seen on digital billboards in the region where they are located, rotated among usual advertisements. Additionally, Lamar is posting all photos in albums by market on the company’s Facebook page.

For more information about the campaign, please visit LamarLovesNurses.com.

About Lamar Advertising Company
Founded in 1902, Lamar Advertising Company (Nasdaq: LAMR) is one of the largest outdoor advertising companies in the world, with over 351,000 displays across the United States and Canada. Lamar offers advertisers a variety of billboard, interstate logo, transit and airport advertising formats, helping both local businesses and national brands reach broad audiences every day. In addition to its more traditional out-of-home inventory, Lamar is proud to offer its customers the largest network of digital billboards in the United States with over 4,000 displays.

Check Out the Full Schedule of 2022 GO Speakers