Agency of the DayTech & Research

Is This the Year For Digital OOH?

Digital OOH in 2019: the arms race for automation and data-led efficiency 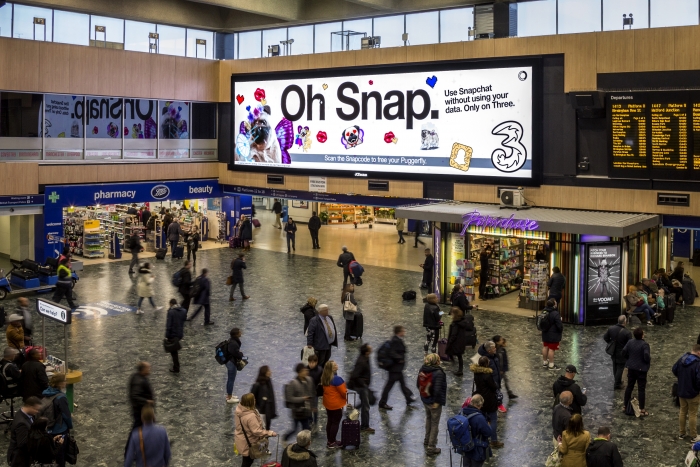 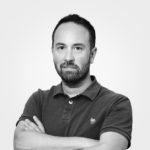 by Jeremy Taylor, Head of Strategy at DOOH.com

As much as Digital Out of Home (DOOH) continues to grow exponentially as a market, the general perception (outside of the DOOH community anyway) seems to remain that the primary advantage of digital screens over posters is they don’t need peeling away after a fortnight.

The reality is that DOOH and traditional posters are about as similar as a notepad and an iPad. They might be the same sort of shape and we certainly see them in all the same places, but they work in very different ways. In spite of this, the vast majority of DOOH advertisers in 2018 used a single creative across every screen on their media plan for a standard two-week period.

In the years that have passed since Nike ran their groundbreaking dynamic “Write the Future” campaign back in 2010, we’ve seen a steady stream of smart, reactive and data-powered campaigns. There are now countless examples of what can be achieved when DOOH screens are viewed in the same light as a web page. Still though, the overall uptake remains less than 10%. Surely a criminal underuse of the technology available, but why?

The primary reason for this conundrum is that any sort of dynamic automation on DOOH is still perceived as complicated, costly and time-consuming. This is why at DOOH.com our drumbeat remains focused on a message of simplification, standardization and driving cost efficiencies at scale.

That’s not to say we don’t love the stand-out, innovative “Wow, that’s f*cking clever” type campaigns. Of course we do. They excite brands and audiences alike, they’re fantastic for showcasing creativity and they highlight the incredible capabilities of our medium. Unfortunately though, they’re also usually seen as inspirational or a ‘nice to have’, and they often lead to the all-too-familiar push-backs of “well we haven’t the budget for that sort of thing” or “that’s awesome, but we don’t need it because we’re only trying to sell more packets of… whatever”.

Tackling this perception will enable us as an industry to usher in an age of true synergy with other digital media channels. We must continue to evangelize about the power of context and show beyond any doubt the role it has to play in even the most traditional of ad campaigns, not just the clever, sexy ones.

our mission is to demystify the process of delivering smarter digital OOH ads.

This is why our mission is to demystify the process of delivering smarter digital OOH ads. To be clear though, ‘smarter’ doesn’t mean complicated. It simply means changing an ad to reflect time of day, day of week, local weather conditions, specific audiences, or brand parameters such as sales trends and stock levels. Pretty basic stuff really.

The focus for 2019 within DOOH will remain on the arms race for automation and data-led efficiency. For the broader ad industry though, and in particular the creative side, all the uncertainty and social unrest makes for particularly fertile times. So rather than waiting for this creativity to filter downstream before we look for ways to bring it to life, we in DOOH would be better served by putting these capabilities directly into the hands of the creatives and letting them create with it.

2019 should also see an increase in cross-channel automation, with brands not only harnessing real-time information but using it in synchronization with other digital display channels; something we helped pioneer for British Airways at the beginning of this year for their annual January sale.

By taking localized real-time search data, we were able to align both digital display and DOOH ads so that both channels displayed offers for the most popular destinations in any given area, all in real-time. A significant step towards true cross-channel creative automation. 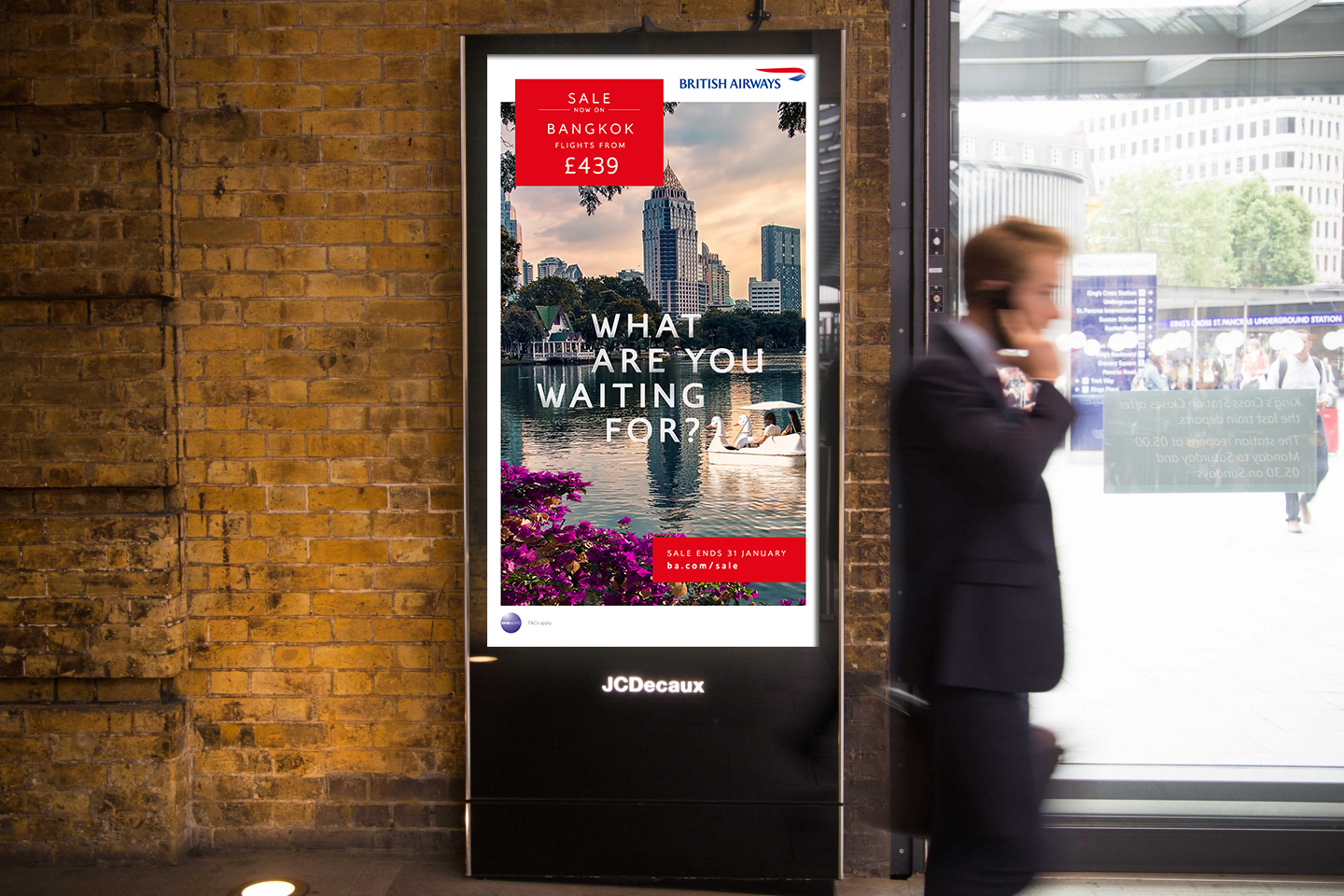 We also predict a resurgence of DOOH enabled experiential advertising over the coming year. As retail destinations invest in new ways to keep consumers there for longer, we’ll see a return of stand out executions that stop consumers in their tracks and begin one-on-one brand to consumer conversations. 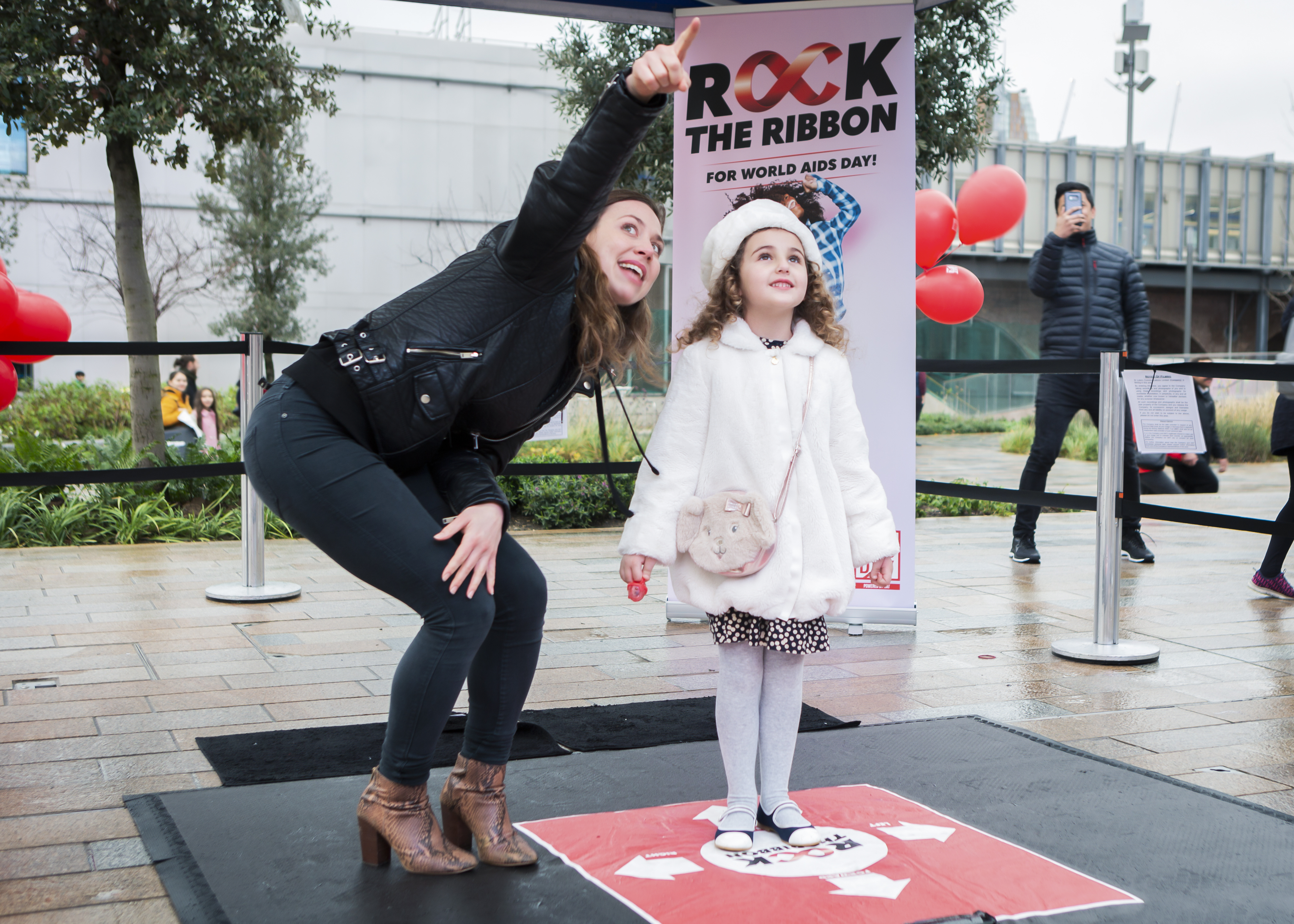 Ultimately, we must remember as we plan and execute our DOOH strategies from behind our computers that consumers actually don’t give a shit about buying efficiencies, delivery mechanics or playout reports. They simply look at a screen and they either care about what they see or they don’t.

If we can bring together emerging technological possibilities such as voice interaction and 5G in a way that not only fits with the functional day-to-day mechanics of how brands use DOOH, but also augments the consumer experience in the same way the mobile phone has, then we could finally be looking at the watershed moment we’ve all been waiting for.