Is the State of OOH Really That Healthy?

Revenue growth and success!  We love it! According to the graph below from the Economist, Global Ad Spend for Out of Home has been constant with positive average of 7% growth a year. Outdoor Advertising Association of America shares similar revenue trend, reporting 30 consecutive months of revenue increases.  OAAA  on OOH Growth

Is the State of OOH really healthy? 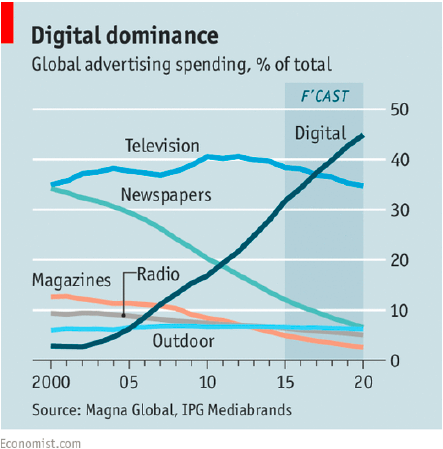 OOH Today is delighted about the positive revenue reporting which speaks to Outdoor’s success, continued growth and acceptance.  #OOH is an effective medium which rarely receives the credit it deserves. Is Outdoor Advertising Growth as strong as being reported?  Is OOH Revenue ‘Healthy’?

One wonders about the construct of the revenue numbers reported.  Undeniably, OOH revenues have had consecutive quarterly increases.  The raw gross number is higher.  Is there more to the health of OOH then these two reports reference?  A closer look, behind the numbers, it is well documented the tremendous growth for OOH is Digital Displays  According to OAAA-

Investors and companies are pouring millions of dollars into new OOH digital mediums and locations, replacing existing single face static with digital 8 segment faces. When a digital #billboard face replaces a static face, revenue for that particular individual structure or location exponentially increases.  For example, a Chicago static bulletin generating $8000 a 4 week period, replaced with a digital face at 8 segments at a minimum of $4000 to $8000 a period, the 4 week revenue now is $32,000 to $64,000 per 4 weeks. That is a huge jump. Digital is doing very well. Static OOH is down.

Considering the growth of digital bulletins, place based digital and every new digital OOH vehicle in between, is the real OOH growth story being told?   Does it need to be?

The exponential growth of available inventory via digital faces may not accurately reflect the health of OOH via its quarter by quarter, year to year, Revenue reports. OOH might consider ‘same sign sales‘ similarly as retailers or restaurants report ‘same store sales.’  Then a more accurate overall picture might be drawn for OOH Ad Spend.

OOH Moves Today —What a WEEK!