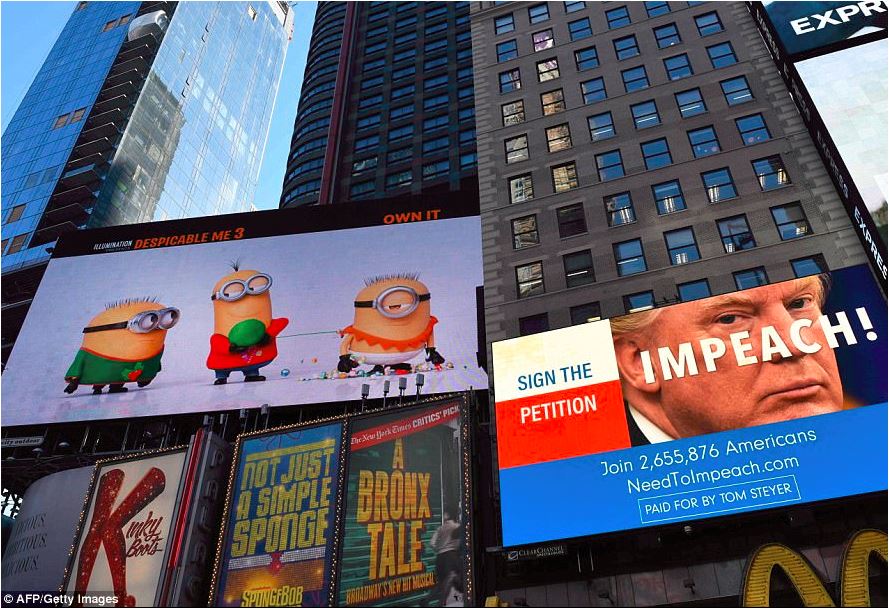 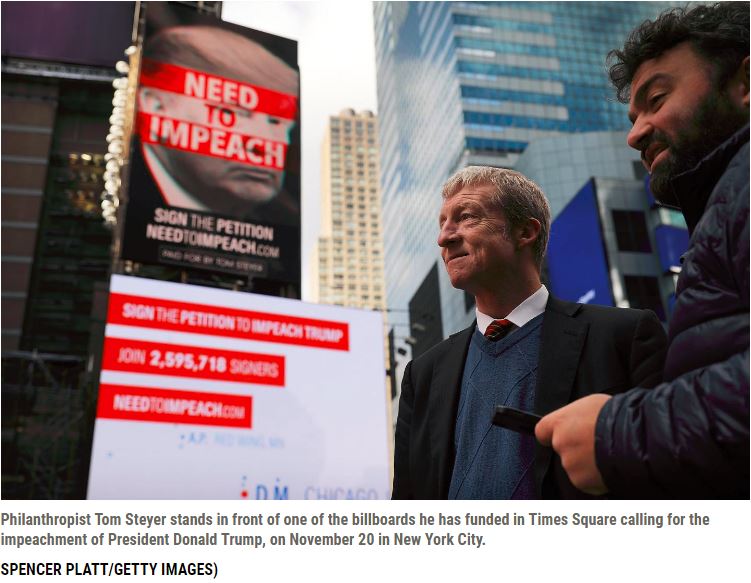 The CCO billboards direct to Steyer’s website, needtoimpeach.com, to sign a petition. The message includes a running count of the number of signatories to the petition. Click-Newsweek Impeach Trump Times Square.  Find more like Tom Steyer to fund your next OOH campaign, view profiles of the world’s 500 richest people on this link, Bloomberg billionaires list.

SF Outfront Digital Bulletin Down or Up? 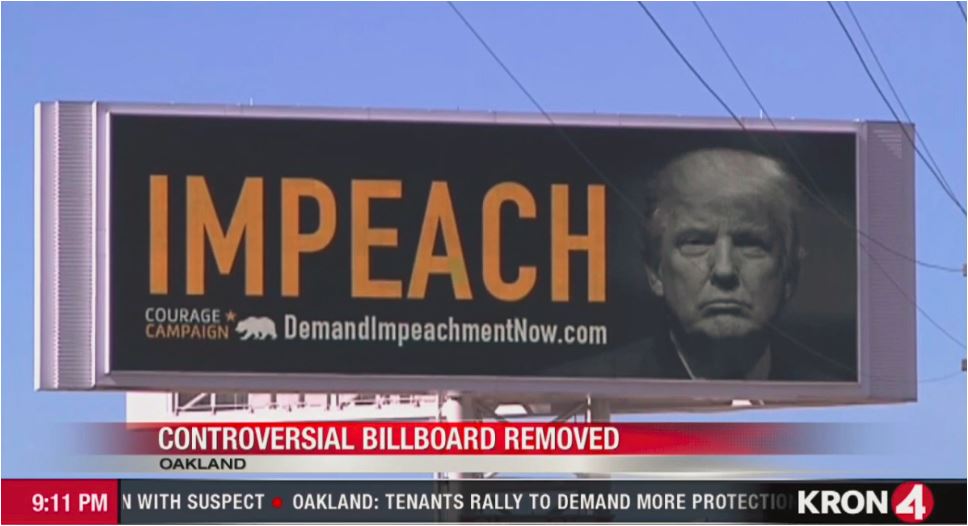 Before the Times Square Trump ‘impeach ads’, was Outfront Media’s Bay Bridge Digital bulletin.  The Courage Campaign reportedly spent $1,500 to run from Monday to Sunday, the last week of September. The Bay Bridge was chosen to test before expanding to other California locations.  According to local SF TV station, KRON, “multiple complaints” pressured Outfront to ‘pull’ the ads for a short period of time, however Outfront relented and continued the agreement.

“It is not being taken down early because of complaints. It is running in its entirety.  I double-checked with my SF team,” Outfront Media Senior Director of Communications, Sponsorships, and Events spokeswoman Carly Zipp told KTVU.  The Courage Campaign claimed Outfront Media initially said they removed the billboard due to “complaints” and then reversed their decision Wednesday.  “I am emailing you to let you know that we have taken down your billboard due to multiple complaints,” Outfront Media Sales Director, Matt Molina reportedly wrote.  Zipp added that there was “internal miscommunication” about the billboard’s fate. 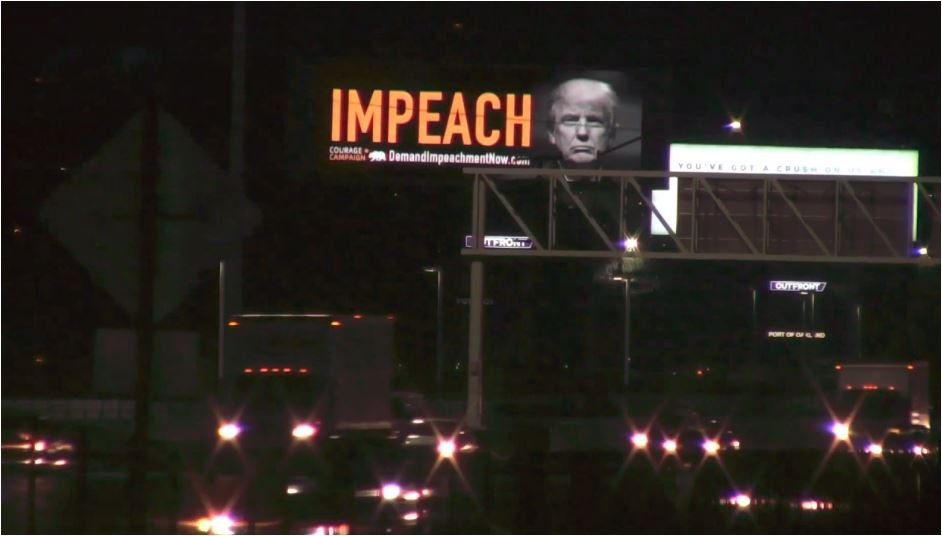 Outfront On the Road to Mar-a-lago 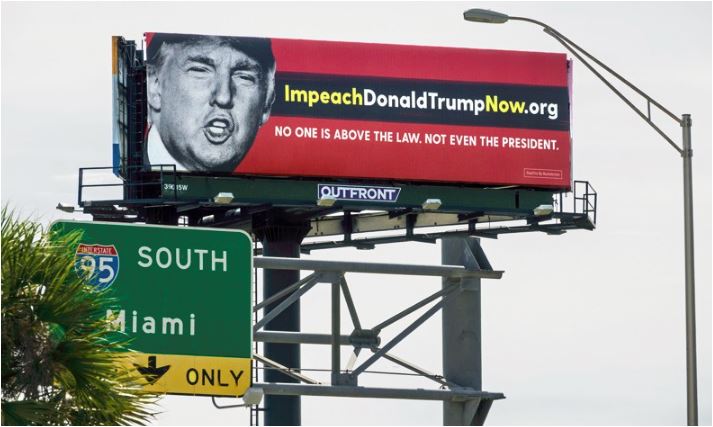